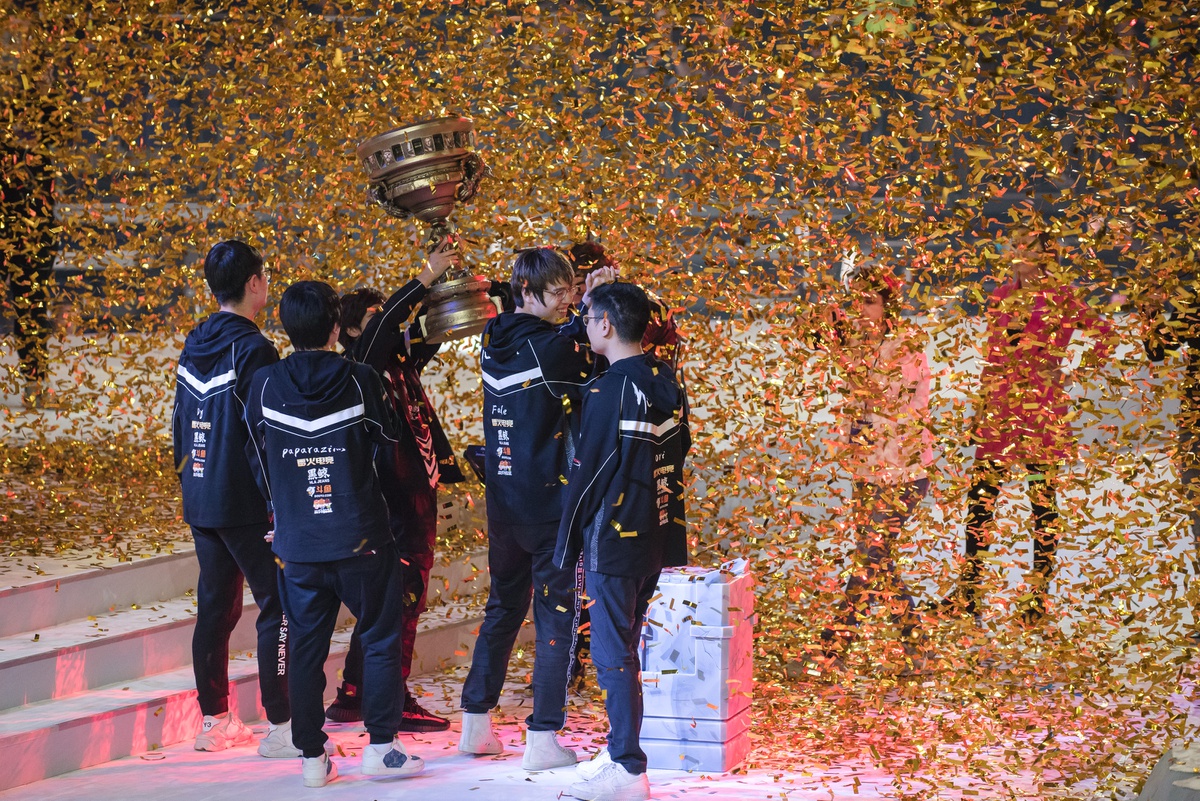 Both Team Liquid and Vici Gaming had incredible runs at the EPICENTER Major, but in the last series these teams will play during the Dota Pro Circuit, Vici were just a little bit more prepared. Vici defeated Liquid in the EPICENTER grand finals today to win their second Major of the season.

Vici have been competing in the DPC all season, but they really didn’t start playing their best Dota until the middle of the season. Their run out of the StarLadder Kiev Minor right into winning the DreamLeague Season 11 Major was the start of this incredible turnaround.

Liquid have also been competing for a top spot since the start of the season, but heading into EPICENTER, they were dealing with their first roster change in over two seasons. They seamlessly integrated Aliwi “w33” Omar into their team after letting go of longtime player Lasse “MATUMBAMAN” Urpalainen.

Vici won their way into the grand finals by beating Liquid in the upper bracket finals, but Liquid set up their rematch by sweeping second-ranked Virtus Pro. That series was extremely competitive in game one before Liquid blew the doors open and walked right into the final series.

Game one against Vici went well for Liquid. Amer “Miracle” Al-Barkawi continued his stellar play from the last series by picking up Anti-Mage and running through the Chinese team. Four of the five Liquid players outplayed their matchups on Vici to take the 1-0 lead.

To start game two, Vici came out ready to even things up and completely dominated the early stages of the game. In less than half the time of game one, Vici had 26 kills to take a 27-minute win, led by Ding “Dy” Cong on Grimstroke and Zhou “Yang” Haiyang on Centaur Warrunner.

It took until game three for things to become really heated, with both sides taking leads and trading blows rather than playing from behind a significant disadvantage.

Dy on Elder Titan this time outplayed Kuro “KuroKy” Takhasomi for the second game in a row, which opened things up for his teammates to dive deeper when it came to teamfights. A Timbersaw from w33 gave Vici real issues early on, but despite the mid player dealing damage all match, he was picked off and zoned consistently to end the game.

The game closed with Vici continuing to zone Liquid out as they took towers out. Now down 2-1, Liquid quickly needed to bounce back with a better draft.

They gave Miracle- Arc Warden and he helped them push through lanes. It wasn’t an easy fight and Liquid were playing from behind almost the entire match as Vici continued to confirm more kills.

This match was a great example of why kills aren’t the focal point of a strategy. KuroKy made sure his team focused on getting objectives finished rather than trying to even out kills. That helped them pull out a comeback in the final minutes and force a decisive game five.

But Vici had a nearly perfect draft for their playstyle and had to deal with Zhang “Paparazi灬” Chengjun’s Morphling, Zeng “Ori” Jiaoyang’s Leshrac, and Yang on Mars. That trio destroyed any chance Liquid had of winning. Yang only died once and the others pushed lanes to end the series at a 35-10 advantage.

Vici secured their second Major win along with third place in the DPC rankings, only below Team Secret and Virtus Pro. Liquid, meanwhile, overtook LGD Gaming and Fnatic to claim the fifth spot in the rankings.

Even though his team lost, Miracle- was named the MVP of the tournament because of his outstanding play throughout the Major.

Both teams will be top seeds when The International 2019 begins on Aug. 15 in Shanghai, China.