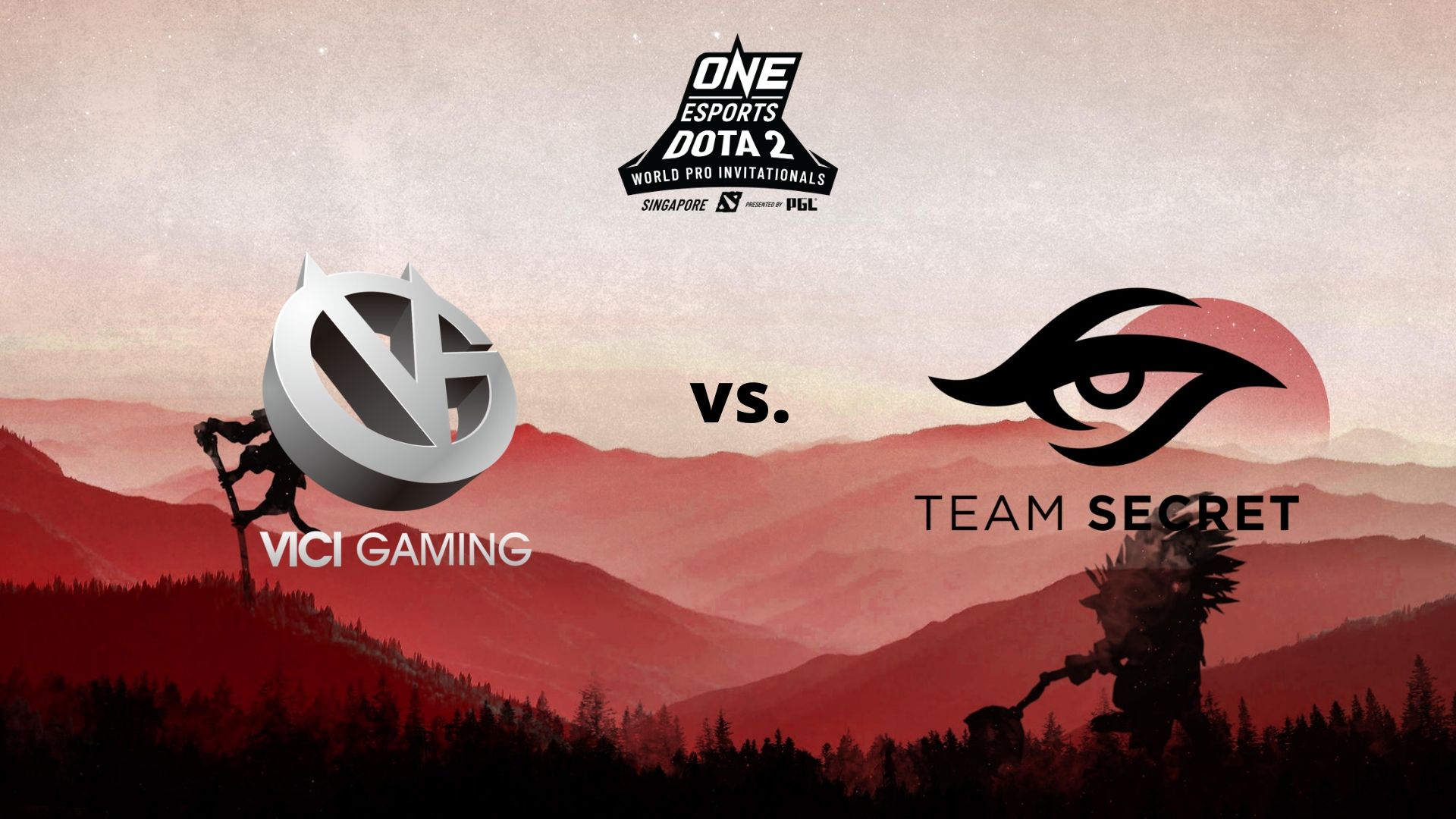 The anticipated matchup between two championship contenders, Chinese juggernaut Vici Gaming and European powerhouse Team Secret, was an exciting, back-and-forth series until a one-sided game three. VG took the series 2-1 and will battle against Alliance for a chance to play on the last day of the ONE Esports World Pro Invitational Singapore.

The first game looked like smooth-sailing for Team Secret and Lasse “MATUMBAMAN” Urpalainen’s Anti-Mage. MATUMBAMAN was free farming throughout the mid-game and Secret managed to accrue a small lead which they tried to convert into a Roshan opportunity.

VG were more than ready to contest, however, wiping Secret and grabbing the Aegis for themselves. VG proceeded to roll through Secret repeatedly. Eventually, Secret were unable to hold back the overwhelming physical damage of Zhang “Eurus” Chengjun’s Razor and Zeng “Ori” Jiaoyang’s Puck and saw their base torn to shreds.

MATUMBAMAN redeemed himself for his mistakes in the first game. Picking up another powerful agility carry in Morphling in game two, the Finnish carry went for an unconventional Diffusal Blade to counter VG’s mana-reliant draft.

Secret’s array of kiting abilities and saves led VG by the nose. The Chinese team ultimately failed to capture Secret’s elusive cores in Morphling, Windranger, and Timbersaw, and could only watch their buildings crumble.

Game three was a short one. Secret looked out-of-sorts the moment the draft started. An incoherent gameplan resulted in one of the shortest games of the tournament and saw Secret get stomped out of the tournament in 18 minutes.

While Secret had a dominant group stage with an 8-2 record, they failed to win a series during the main event. Granted, they have been playing with a stand-in, but most of their losses can be attributed to drafts that demanded near-perfect execution. Against a team like VG, they were duly punished for any misstep. Nevertheless, there’s definitely more to come from this Secret roster, and fans will get a chance to watch them in the next Dota 2 Major.

VG are not out of the woods just yet. While they looked good against Secret, the Chinese giants have looked extremely shaky in certain games against TNC Predator and Secret. Regardless, the team is still one of the best in the world, which is evident from their recent runners-up placing at the MDL Chengdu Major, and it’s entirely possible for them to surge in form for a championship run.