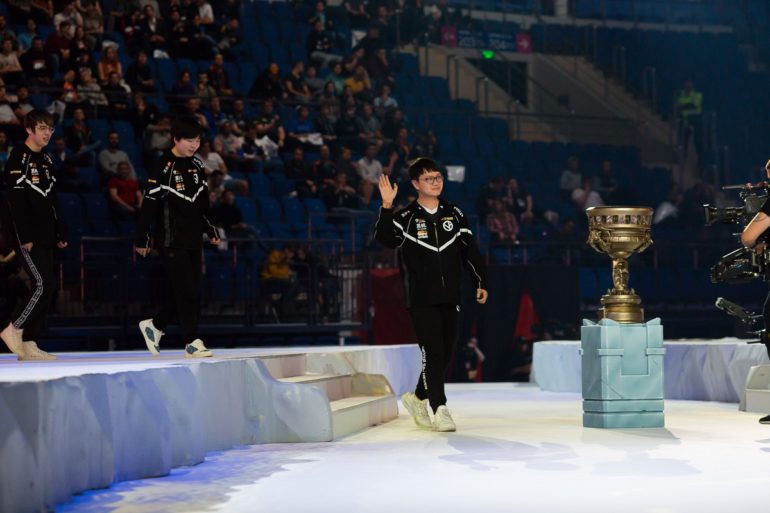 Vici Gaming has been a dominant force in the second half the 2018-19 Dota Pro Circuit, and they continued that dominance at the EPICENTER Major in a victory over Team Liquid.

Liquid made a big change to their roster by bringing in Aliwi “w33” Omar in place of Lasse “MATUMBAMAN” Urpalainen, and EPICENTER had proved this was a good change. Despite the successful transition, Vici looked a lot better in game one by not allowing Liquid to hit any type of mid-game stride. The Chinese team pushed into the lead three different times in the game, and any time Liquid brought the game back, Vici seemed to find a way to take advantage again.

The final time that shift happened was at around the 23-minute mark, when Vici won a teamfight and then never looked back.

Zhang “Paparazi” Chengjun did a lot of the heavy lifting when his team was down, doing a little bit of everything as he went 13/1/9 and dealt 32,027 damage to Liquid’s players with his Sven. This was the first time a team at EPICENTER successfully stopped w33’s Windranger in its tracks.

Game two had Amer “Miracle-” Al-Barkawi carrying Liquid through the lanes on Ember Spirit with KuroKy backing him on Warlock. That duo rarely died and combined for over 55,000 damage as they evened up the series.

The story of the deciding game was a mix of Paparazi dominating fights and Zhou “Yang” Haiyang finally playing a good game on Omniknight.

For Paparazi, he dealt just shy of 53,000 hero damage by himself and racked up 15 kills and 12 assists while only dying once. Liquid really should have focused their game on him when they had the chance, but once Yang got his Omniknight going, it was over.

Yang was fine in game one and hard countered in game two, but his rotations and ability to pin Liquid down in the final game helped Vici claim their first spot in the grand finals.

Liquid shouldn’t be discouraged by how they played, but some of their drafts and rotations need work, which could come with more time with w33 on the team. They will have to wait until Sunday for their next series, but they have a good chance at forcing a rematch for the EPICENTER title.