Go experience the TI9 finals in a new way. 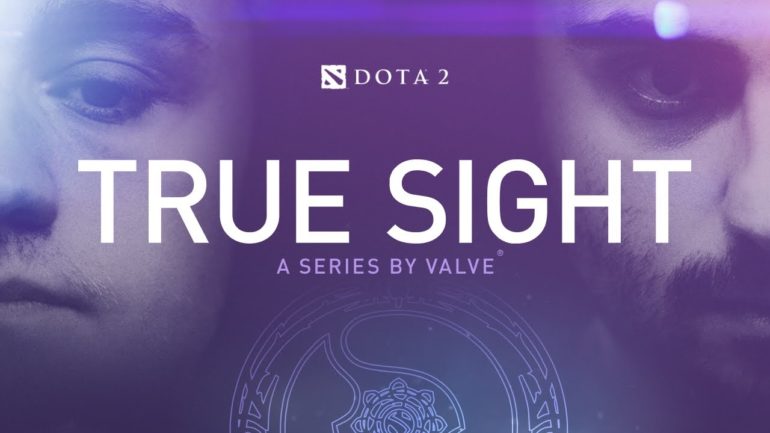 For everyone who didn’t get to watch the premiere, Valve’s “True Sight: The International 2019 Finals” documentary is now available on the official Dota 2 YouTube channel.

“True Sight” is a documentary series that delves beyond what fans normally get to see at a Dota tournament, showing the drafting, play calls, and reactions to every part of some of the biggest moments in the game’s history.

In this case, the TI9 documentary recounts the epic battle between OG and Team Liquid, showing the moments before both sides stepped into the booth, what was going on during key interactions that swung the series, and each player’s response to the final results. From the utter elation and unbelievability on the side of OG to the somber reflection of Liquid, you get an incredible view of how this event truly went down.

You can view the entire documentary for free on YouTube and it’ll eventually be made available on Steam, too. The previous entries are also available on both platforms, so you can watch the entire journey of both Liquid and OG up to this point by watching the TI7 and TI8 “True Sight” docs before enjoying the newest entry.

And if you want to get really crazy, the Kiev Major episode about OG’s legendary battle against Virtus Pro is also up on both services.

But if you missed out on the premiere, you also didn’t get to see the Q&A panel where both OG and the current Nigma roster answered questions from commentators and fans about the events of the documentary and future plans. If you want to hear further insight from players like Johan “N0tail” Sundstein and Kuro “KuroKy” Takhasomi, you can watch the full stream VOD on the TI Twitch channel.

There will also be another version of the “True Sight” TI9 documentary coming out on Jan. 29 that will feature OG and the former-Liquid roster reacting to the full video. It’s set to release around 12pm CT tomorrow on the Dota 2 YouTube channel.