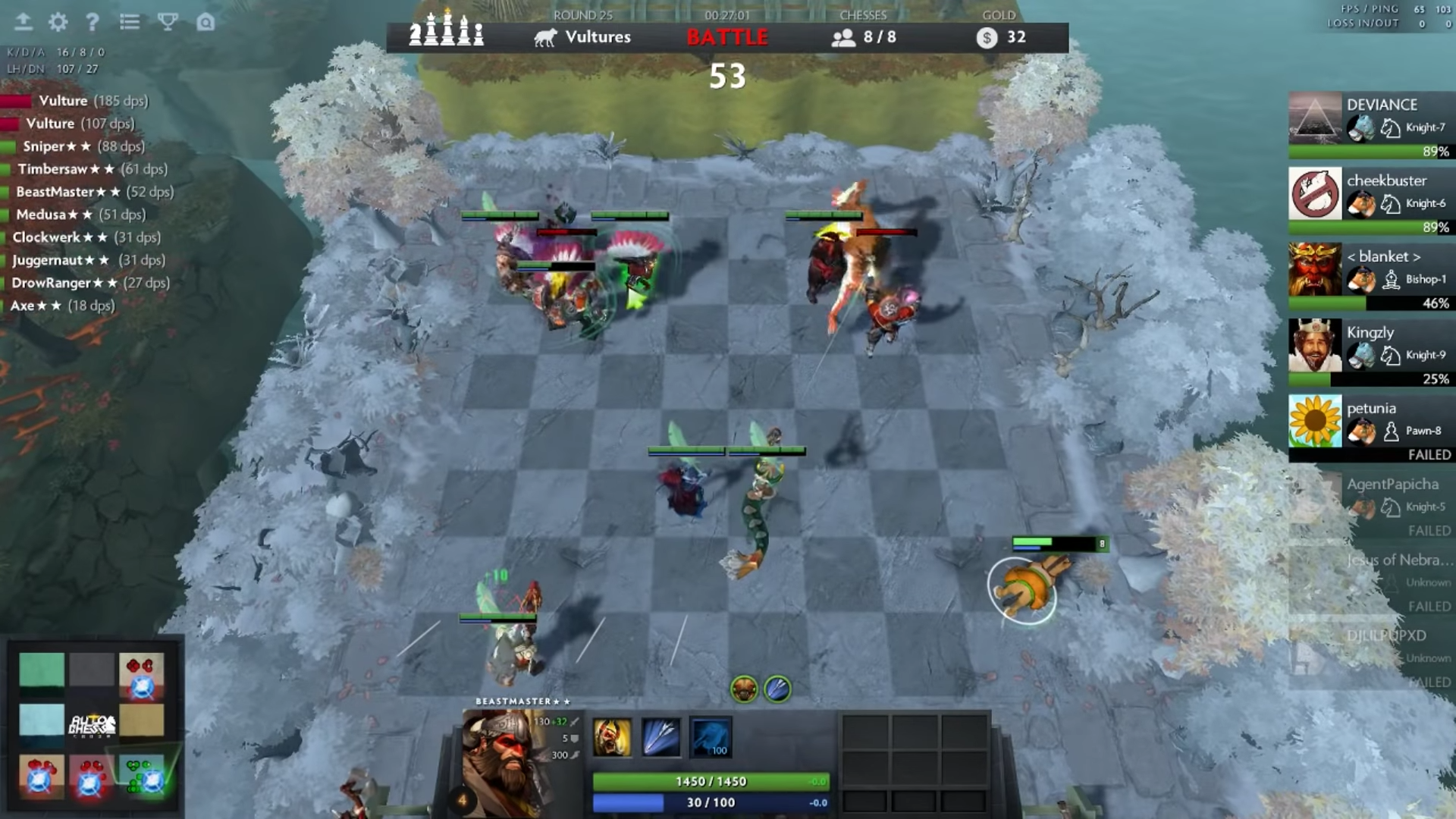 As the popularity of the Dota 2 mod Auto Chess continues to grow by the day, there are reports that developer Valve is thinking about acquiring the property.

The popular mod has recently passed four million subscribers and a peak player count of 300,000, meaning at times, a third of Dota 2’s 950,487 January peak has played Auto Chess.

Dota Auto Chess is a turn-based strategy game that makes you use tactics against seven other players in a battle where your units control themselves. The game more closely resembles a deck building game than either of the games in its name.

Since Auto Chess exploded onto the scene in November 2018, it has only rapidly grown in popularity. It started attracting pro Dota players early on and the casual players and streamers followed soon after.

From there, the unique mix of strategy game and typical Dota elements started pulling in people from other games like Hearthstone. The community continues to expand and it’s common to see half of the top Twitch streams for Dota 2 feature Auto Chess.

The fact that the mod plays like a card game and has gained a massive following in both players and viewers on Twitch has put Valve in a unique position. According to VPEsports, Valve is looking into different avenues to acquire, commercialize, and help support the development of Auto Chess.

Valve is well known for turning mods into their own unique properties because it’s something that it has done several times throughout their history. Team Fortress started as a mod for Quake, Counter-Strike was a mod of Half-Life, and even Dota was originally a mod for Warcraft III.

Valve’s sudden interest in the successful mod comes at a strange time for the company as its own strategy-based collectible card game, Artifact, is struggling massively.

Artifact was hyped by Valve for years before its release, but even after three months, it looks to be in a dire situation—the average player base over the last 30 days, as of Feb. 21, is sitting at just above 1,000 concurrent. And as of the last week, that number has been hovering around 400 players.

The game doesn’t drive viewership on Twitch, either. It averages less than 200 viewers across the board in February, according to TwitchTracker.

With the promise of cultivating a successful community and player base for Artifact within a few months of launching gone, Valve now has a choice to make. If the developer acquires the full rights to Auto Chess and hires the team responsible for it, does it put all of its resources into that basket? This could potentially lead to them taking funding or people from the Artifact team and making the decision to focus on the thing that already took off.

That doesn’t necessarily mean Artifact would be left for dead. Valve could keep a smaller team dedicated to revitalizing the game working on it for the foreseeable future and then do a soft relaunch of the title later on.

It’s unclear what direction the company will take moving forward, but the prospect of the successful little mod being added to the numerous successes Valve has taken in is certainly there.