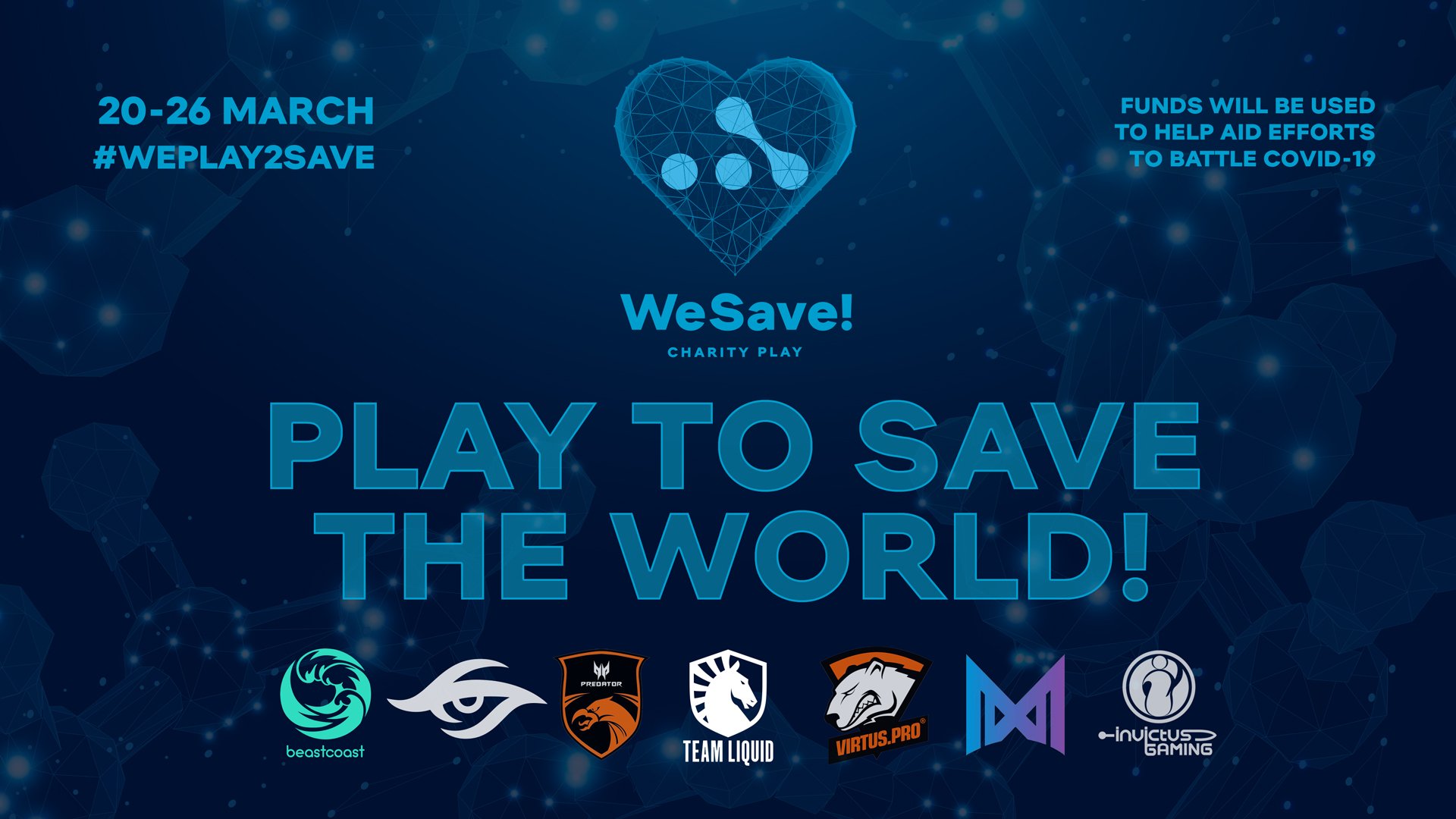 Unlike most non-Valve sponsored events, WePlay!’s WeSave! Charity Play tournament is being featured directly in the Dota 2 client today, promoting the matches and pushing more people to support the event.

This isn’t a groundbreaking move on Valve’s part, but it’s providing more avenues for players to find out about and view the charity tournament if they didn’t already know about it.

It’s slotted into the featured window, right next to the panels showing off the top spectated games, the details for Patch 7.25, and information on the Treasure of the Fallen Cinder item collection. Clicking on the link will allow you to watch the matches inside of the Dota client without needing to be on WePlay!’s Twitch channel.

Some players have trouble watching matches on Twitch due to high-latency and buffering impacting the stream’s performance, which makes viewing competitive games in the game’s client more appealing. Within the client, you can control more settings and optimize the performance based on your connection, which can lead to a smoother experience for those who still want to keep up with tournaments.

But it does appear that some of the matches aren’t working in the client. Several fans have pointed out that they’re having issues finding the games. Valve and WePlay! are both aware of the problem and are working to fix it for upcoming matches. WePlay! is also looking into making an alternative stream on another service, like YouTube, to provide a third outlet for fans who can’t watch on Twitch.

The WeSave! Charity Play will run from March 20 to 26, with 24 Dota 2 teams battling across six regions to help raise awareness and money to battle the coronavirus. All proceeds from the event, including the base $120,000 prize pool, will be donated to the Coalition for Epidemic Preparedness Innovations (CEPI) and GlobalGiving to aid in the immediate relief for those affected by the ongoing pandemic.