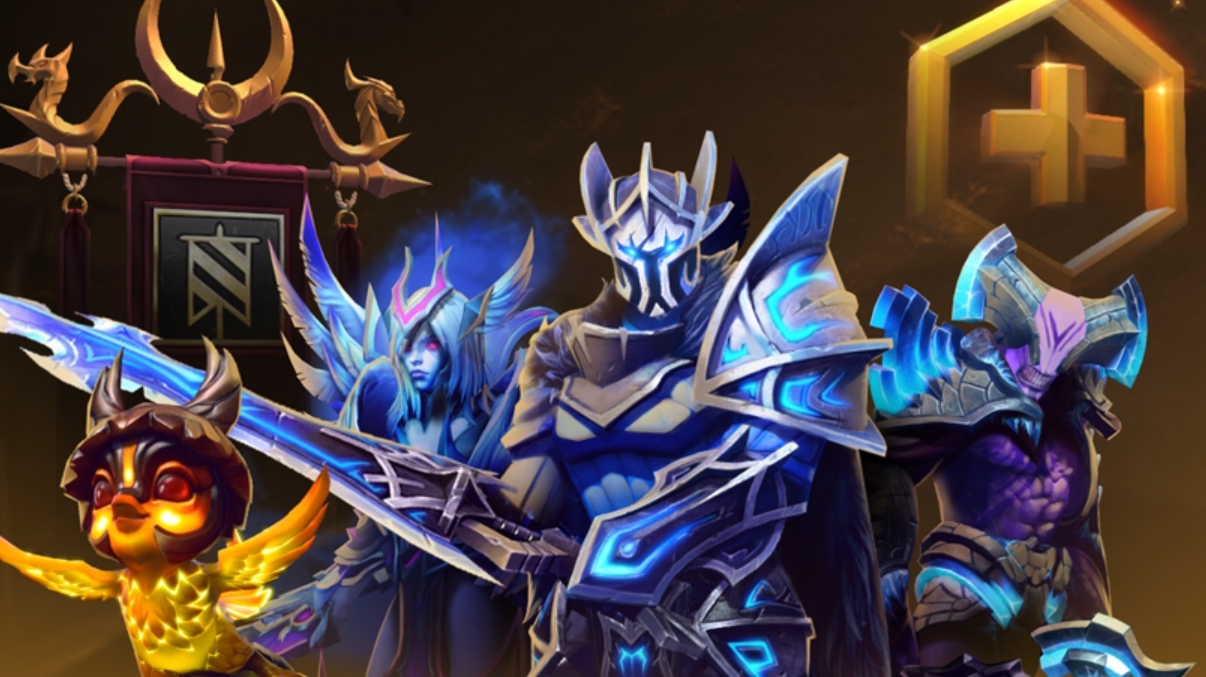 The Fall Season Update in Dota 2 is about more than just a new ranked season. It also brought updates to Dota Plus and Guilds, along with sharing details about Valve’s plans for the rest of 2020 and beyond.

The new ranked season will run from now until December. Tons of new content will be added for the Dota Plus subscribers who were getting a bit antsy about continuing their payment.

Plus members can now use shards to purchase new treasure, including 12 community-created item sets for Nyx Assassin, Leshrac, Medusa, Vengeful Spirit, Weaver, Clockwerk, Faceless Void, Doom, Sven, Axe, Crystal Maiden, and Tusk. Ethereal and Prismatic gems have also been added again, with the rare Blazing Hatchling courier coming pre-equipped with a random one of each.

Valve plans to continue adding new seasonal treasure to Plus every three months. The next set of shard purchasable items is set to come out on Dec. 1. Seasonal quests and seasonal terrains will also follow this trend.

Speaking of quests, the fall seasonal quests will give players a chance to earn up to 57,850 shards to use on the Seasonal Treasure. Shards will now be available to all players, but Plus members will have an easier time earning them.

Plus members can now use the new Role Assistant hero grid arrangement, which will automatically record the picks of every hero in Ranked Roles matchmaking and display heroes in their most picked roles. This will always show updated data and can be filtered by MMR rank so you can view your own skill level’s usage rates.

Here are some other features that have also been moved to Plus.

As an added bonus, the number of players allowed to be on the Avoid Players list has been bumped from 16 to 25.

Guilds have also been reworked to integrate with Dota and Dota Plus rather than just the battle pass, which is now over.

Guild levels will no longer be a gauge and have been replaced by a weekly leaderboard of guild points earned in a given region. Those leaderboards will be updated at the same time every week and players can claim a reward of shards depending on their Guild’s rank.

Plus members earn twice as many shards and a Guild’s weekly leaderboard position may also determine a player’s ability to access special perks. Valve has listed the following as current available ranks and rewards:

These ranks and reward systems have been put into place to reward active and engaged guilds, so that weekly decay on Guild rankings will vary depending on how active each Guild is.

Guild contracts will now earn both guild points and shards. All players have access to one contract slot per day, but Dota Plus members have access to two. Guild specific challenges will still be completed in parties of at least three members. As always, anyone can join a Guild, but only Plus members can create them.

Lastly, the ranked season has gone through a slight change. Valve is taking a different approach to the usual MMR reset.

“In the past we’ve seen a bunch of negative aspects to forcing everyone to reset their MMR at the same time,” Valve said. “That has been part of our reluctance to continue with resetting every six months. However after we’ve expressed this reluctance recently, we’ve gotten a lot of feedback about how valuable they felt this functionality was to them, along with various suggestions to handling this topic.”

MMR resets for this fall season will be optional. Anyone who resets their MMR will see it spread out to try to lessen the variations in how a reset was previously handled by the calibration system. If you log in and go to Settings, there’s a new MMR Recalibration setting under the Account tab where players can activate the reset.

Recalibration times have also been spread out in even spacings to be held between Oct. 22 and Nov. 22. This can be activated at any point during the ranked season.