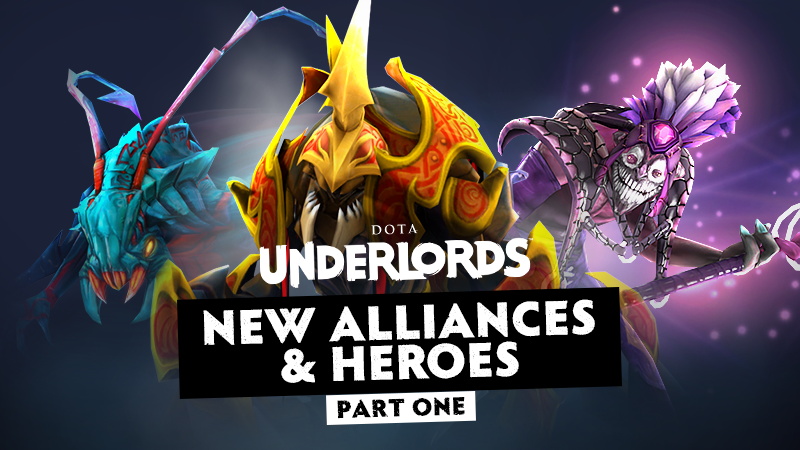 Valve has more updates queued up for the community and will be “sharing new details daily until release.” With The Big Update, Underlords will take a giant leap toward shedding its beta tag.

Bugs have infiltrated the game with the newly-introduced Insects alliance. Three new heroes—Broodmother, Nyx Assassin, and Weaver—will be joining the game along with buggy brethren Sand King.

The alliance’s synergy draws inspiration from Broodmother’s Dota 2 skills in Spawn Spiderlings and Incapacitating Bite. An Insect alliance will cause Spiderlings to swarm the map, biting enemies and blinding them, giving them a chance to miss attacks.

Fans will likely find out whether the Spiderlings are considered unique units or can actually benefit from synergies once Valve reveals more details about them. For now, it seems like a solid synergy against the more popular physical damage combos, but it could easily fall to Mage alliances and AOE abilities.

Dazzle will join the cast with the power of the Nothl Realm, bringing with him the new Healers alliance. The Shadow Priest will partner with Enchantress, Warlock, Omniknight, and Necrophos.

The Healers alliance has a cookie-cutter synergy of amplifying healing. It could be tremendously strong with defensive alliances like Brawny and Warrior.

Valve will reveal even more heroes and alliances tomorrow, which means additional changes are coming to the White Spire.