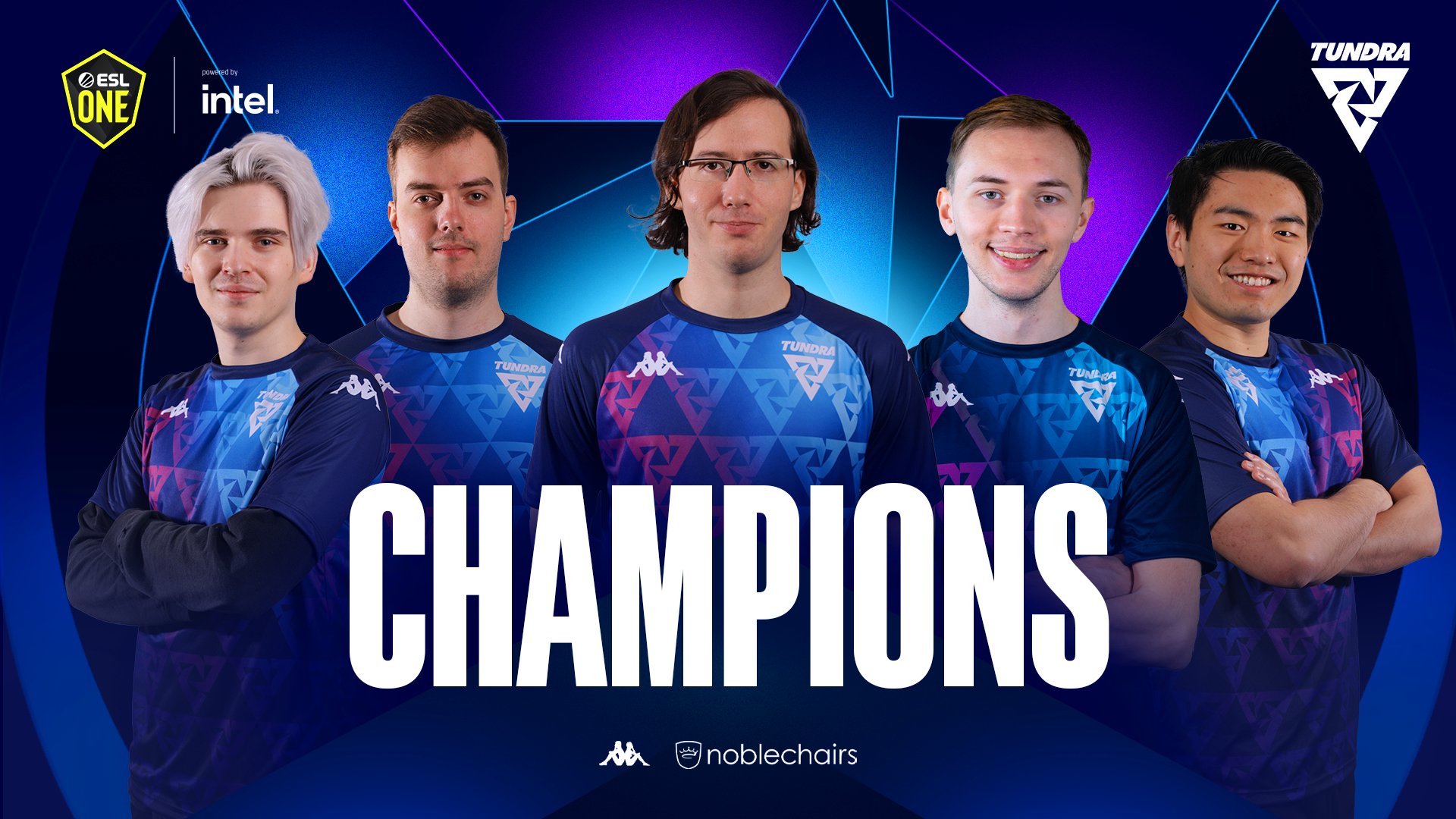 In one of the final major events hosted prior to The International 10, Tundra Esports have shown that they can compete with the best teams in the world, winning Dota 2‘s ESL One Fall 2021 without dropping a series in the playoffs.

The European squad was the only team from the region to make it into the upper bracket of the playoffs, with better records than Alliance and Team Liquid coming out of the group stage.

Tundra went on a tear after breaking into the main event, sweeping both beastcoast and Virtus.pro to reach the grand finals. VP were one of the favorites going in and would end up being the only team to beat Tundra throughout the event, having taken their group stage match up 2-0.

In the final series, Tundra faced a PSG.LGD team performing well while using its coach, xiao8, as a stand-in for Cheng “NothingToSay” Jin Xiang. Coming in as arguably the top team in the entire event, LGD struggled early before winning three straight rounds against Team Spirit, T1, and VP to reach the finals.

Tundra took game one handily, winning 43 to 9 in kills and never trailing after the five-minute mark. However, LGD fought back, winning the next two games and putting themselves up 2-1 despite Tundra continuing to play well.

Despite falling behind, Tundra forced a game five behind some excellent play from both Skiter and Nine, with the two combining for 31 kills, 98,000 damage, and more than 60k net worth, more than any duo on LGD could match. That top-level performance carried over into the deciding game too, with the pair once again combining for more kills than the entire LGD roster.

LGD did hold a lead and control game five for around 20 minutes, but Tundra played it slow, remained patient, and acted on their advantages right when they needed to in order to close the matchup 3-2.

With that win, Tundra took home $175,000 and solidified themselves as one of the best teams in EU. They still have plenty of time to compete in other tournaments, too, given that they just missed qualifying for TI10 and no other Majors have been announced ahead of the October event.