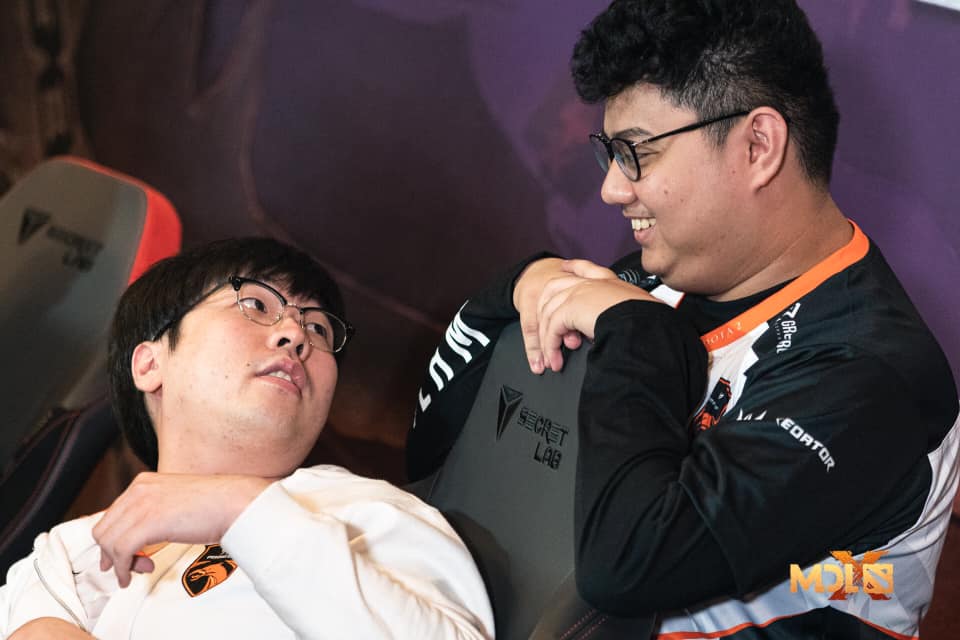 TNC Predator and Alliance matched up in the upper bracket of the MDL Chengdu Major, with TNC coming out on top 2-1. The first game was a frustrating 70-minute win for Alliance, and TNC capped off the series with two games where they clearly outdrafted and outplayed the European challengers.

TNC and Alliance previously met in the first round of the upper bracket at ESL One Hamburg. The Europeans were the first stepping stone for TNC’s championship run at the event, and they were demolished in two mercilessly rapid games then.

TNC allowed Chen to go through the first ban phase, and it was promptly snapped up by Alliance. The Europeans followed it with a Night Stalker and Death Prophet for a speedy early draft. The SEA squad responded with core Outworld Devourer and Bristleback picks to dominate the lanes and teamfights.

Alliance went for an unorthodox offlane Chen, letting Neta “33” Shapira solo the lane while committing a trilane to Nikolay “Nikobaby” Nikolov’s Night Stalker carry. The laning decisions worked well, and Alliance slow-rolled their way through every objective with their high-impact ultimates.

TNC did not make the game easy for Alliance, however. Despite losing practically every teamfight, TNC showed that their ESL One Hamburg championship wasn’t just because of cheese carry picks, but rather a strong understanding of the game. They set up several key defenses, discouraging Alliance from their base constantly.

Yet the gold lead for the Europeans was overwhelming. No matter how well the SEA champions played, they were clearly the underdogs in this match. Alliance closed out the game after a taxing 70 minutes, ending the game with a ridiculous 58k gold lead.

TNC banned out Chen, but allowed Night Stalker to go through. Alliance took the hero and Death Prophet again, placing trust in them to secure them game two. TNC picked up one of Armel Tabios’ signature heroes in Templar Assassin and picked up a powerful setup duo in Naga Siren and Disruptor.

The SEA squad showed that they had a good understanding of the Night Stalker carry, a strategy that they pioneered during ESL One Hamburg. The Disruptor’s Thunder Strike and Glimpse provided good vision over the rampaging Night Stalker, while Naga Siren’s disruptive skills prevented Alliance from executing their game one strategy.

Armel farmed up a storm on Templar Assassin, and none could stand before the immense damage output by Lanaya. With TNC backing up Armel’s every move with solid counter-initiations, TNC completed the game with ease, sending the series to a game three.

Alliance picked up the Night Stalker again, this time delegating it to the offlane and taking Faceless Void for Nikobaby. TNC went Magnus and PA, and a Kunkka to amplify their teamfight prowess.

In a blink of an eye, Kim “Gabbi” Villafuerte took over the game with his Phantom Assassin. Gabbi put Alliance to the sword over and over again, and Alliance was forced to concede.

TNC was the better team, but Alliance can take comfort in the fact that they managed to hand the previously undefeated team a loss. Alliance appeared too fixated on comfort picks in the last two games, and were unable to adapt to TNC’s rapid switch of strategy and core focus.

While Alliance’s carry, Nikobaby, is clearly the Europeans’ highest impact late-game player, TNC’s Filipino superstars in Gabbi and Armel are fantastic down the stretch, and fully capable of taking over a game by themselves. Alliance will need to go back to the drawing board, and maybe bring out some unconventional strategies themselves, ala the game one offlane Chen.

TNC is guaranteed top six at the MDL Chengdu Major, securing themselves at least US$60,000 and 900 Dota Pro Circuit points. The SEA contenders will look to continue their winning ways and will face the victor of Team Liquid vs. J.Storm. Alliance will have another chance at advancing in the competition and will await the winner of Team Aster vs. Gambit Esports in the lower bracket.