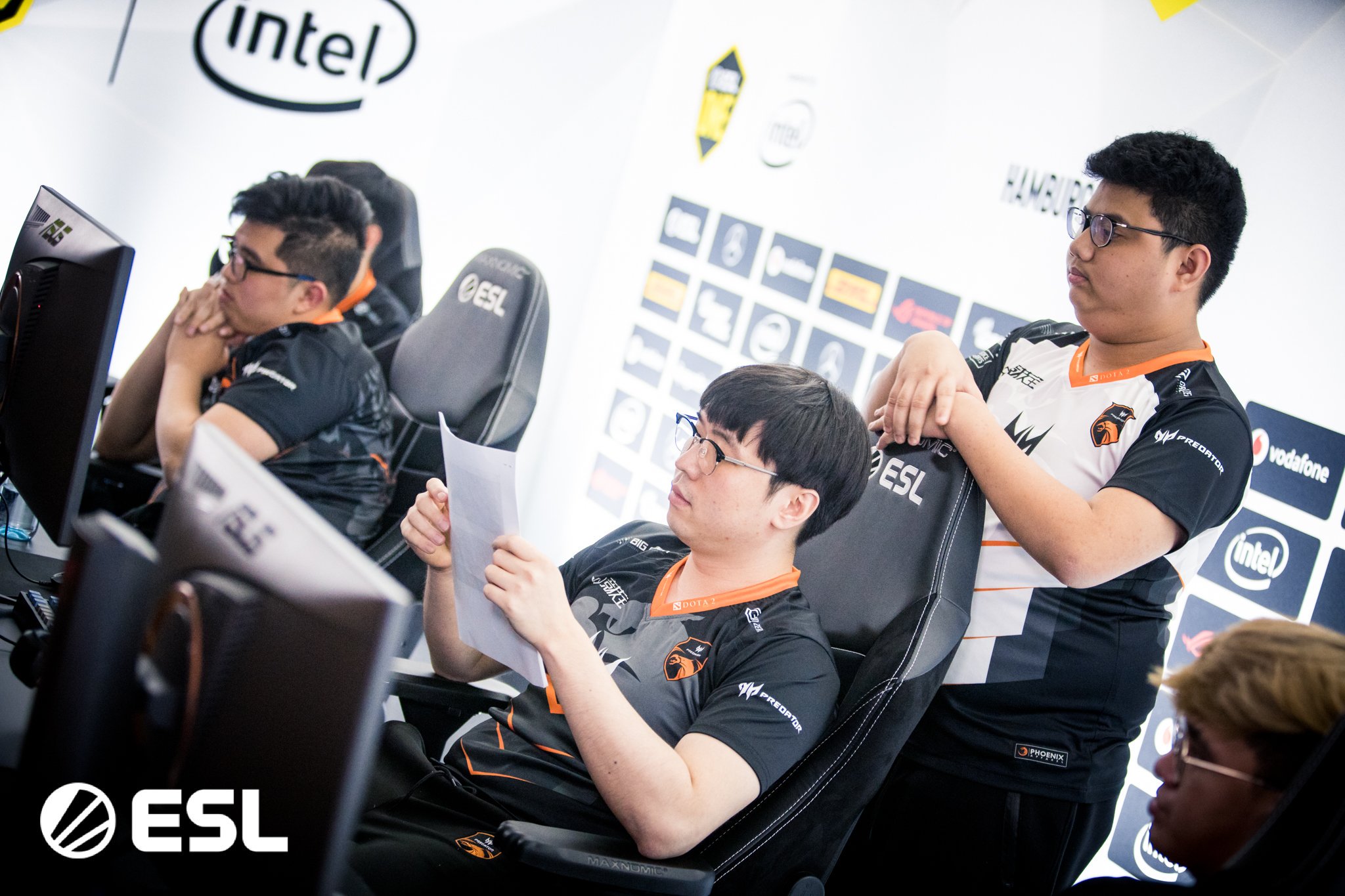 The hot start has yet to fan out for TNC Predator. The Dota 2 team managed to complete yet another sweep and secure a spot in the grand finals of ESL One Hamburg while still holding a nearly undefeated record.

After destroying Alliance in the opening round of the playoffs, Gambit Esports stood as the last team with a chance to knock TNC into the lower bracket. Game one did not look promising for the CIS squad, however.

Continuing with the trend of trying to end things quickly, Kim “Gabbi” Villafuerte abused Gambit with his Night Stalker, going through the entire game untouched and racking up 11 kills. Both he and Armel Tabios cleared the way for the rest of the team, taking a 1-0 lead in less than 30 minutes.

But Gambit didn’t fold after losing the first outing. Instead, a new draft gave Artsiom “fng” Barshack and his team just what they needed to compete in the lanes.

Kiyalbek “dream`” Tayirov matched up against Gabbi’s Leshrac with a tournament favorite Bloodseeker and went almost even with the potential ESL MVP for most of the game. His lane partner Danil “gpk” Skutin might not have had a stellar KDA, but his Gyrocopter posted more than 80,000 in hero damage.

Gambit almost pulled off the odd support Techies thanks to Danial “XSvamp1Re” Alibaev, but he was dying too often to truly do much outside of team fight damage. Both he and Maxim “Shachlo” Abramovskikh couldn’t avoid getting picked off, which eventually led to the team’s downfall.

TNC were relentless. Gambit held, but the hammer of the Southeast Asian offense just reeled back for another swing.

Ensuring that the Gyrocopter was neutralized in the late game gave both Gabbi and Armel the perfect opportunity to lay into Gambit, especially since both players didn’t have to use a lot of resources on buybacks.

GGs came out just after the hour mark as TNC broke into the high ground again and secured enough kills to end the game while stalling the out of fountain rush. That puts the SEA squad at an incredible 12-1-0 heading into the grand finals, with the only loss coming from a series split with Wind and Rain on the final day of the group stage.

TNC will play the winner of Alliance and Gambit, which will be decided at 7am CT on Oct. 27.