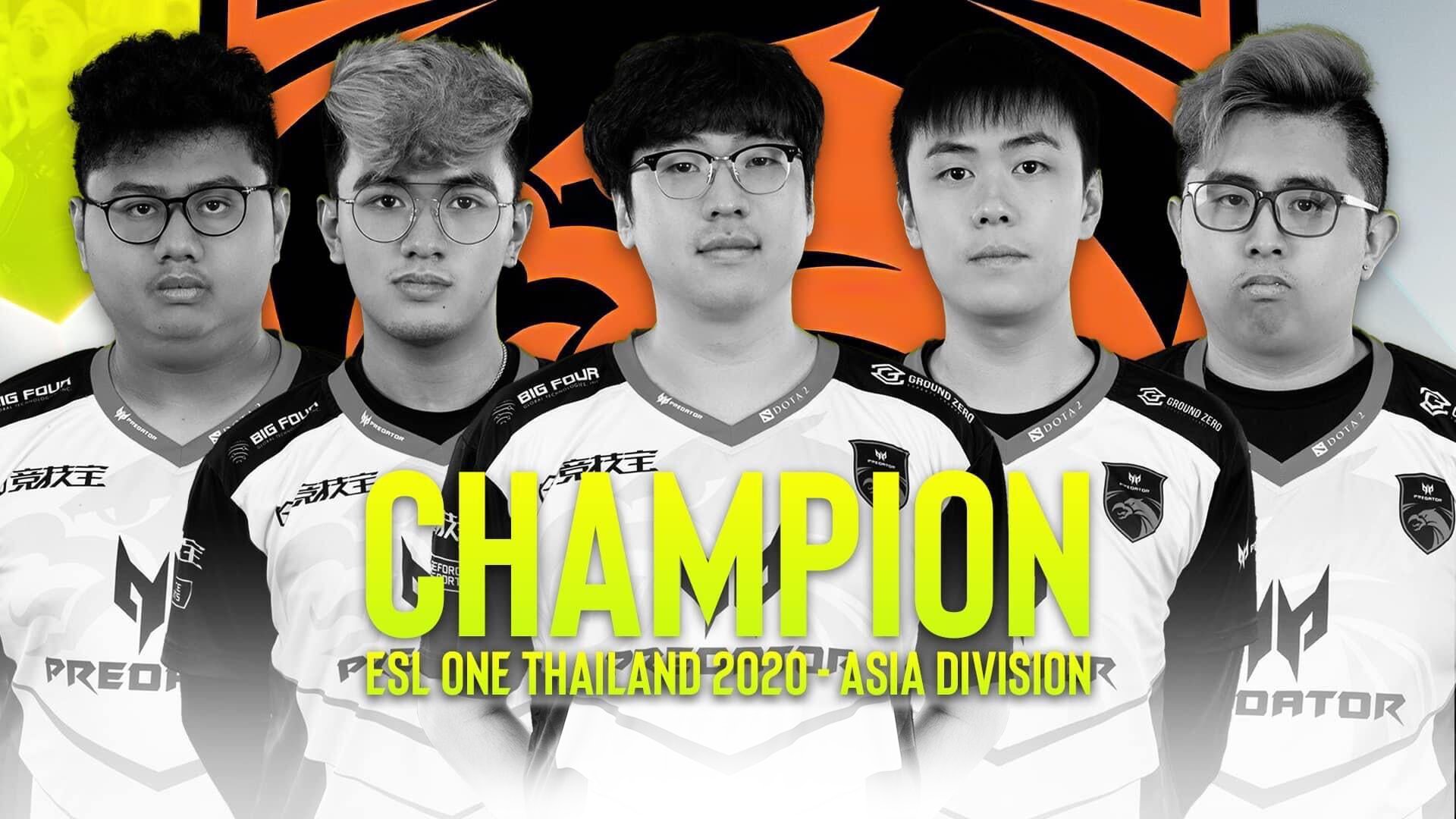 Months of being a punching bag for other Southeast Asian Dota 2 teams have finally come to an end. TNC Predator have taken home their first online title of the season at ESL One Thailand with a 3-2 win over BOOM Esports.

This is the team’s first overall win of the year, with their most recent title coming last November at the MDL Chengdu Major, the first Major of the 2019-20 Dota Pro Circuit.

From the start, this was one of TNC’s better showings this season, going 4-1 (9-3 overall) in the group stage, only dropping a full series to Fnatic. That led into a deep playoff run, where they took down Neon Esports and then swept BOOM in the upper bracket finals.

Despite being knocked down to the lower bracket, BOOM continued to impress in yet another big tournament, with Alfi “Khezcute” Nelphyana and his squad eliminating a struggling Fnatic roster, who they previously swept in the group stage. That ended a loser’s run from Fnatic that involved sweeps of Geek Fam, Sparking Arrow Gaming, and Neon Esports.

A Terrorblade first draft for BOOM led to a slow death for TNC to start the final series, with Gabbi’s Phantom Assassin being the only net positive hero on the side of TNC. Randy “Dreamocel” Sapoetra played out of his mind on that Terrorblade, going 13/0/1 for 37,300 damage to give his team the early edge.

TNC did bounce back with a strong Void Spirit/Drow Ranger combo for Armel and Gabbi controlling the entire second round. BOOM had no chance to find their footing as TNC marched to a 28-8 victory.

Game three had a similar outcome, with the Armel and Gabbi duo going untouched with identical 9/0/12 lines on Lina and Void Spirit respectively, but BOOM forced a decisive game five behind a massive Outworld Devourer game from Rafli “Mikoto” Rahman.

TNC closed things out with a strong Magnus performance from Armel and solid all-around performance for everyone else, especially kpii who was great all tournament, taking home $50,000 and their first title in just under 10 months.

And while the award hasn’t been named yet, kpii is one of the finalists for the ESL One Thailand 2020 Online Asia Mecedes Benz MVP.