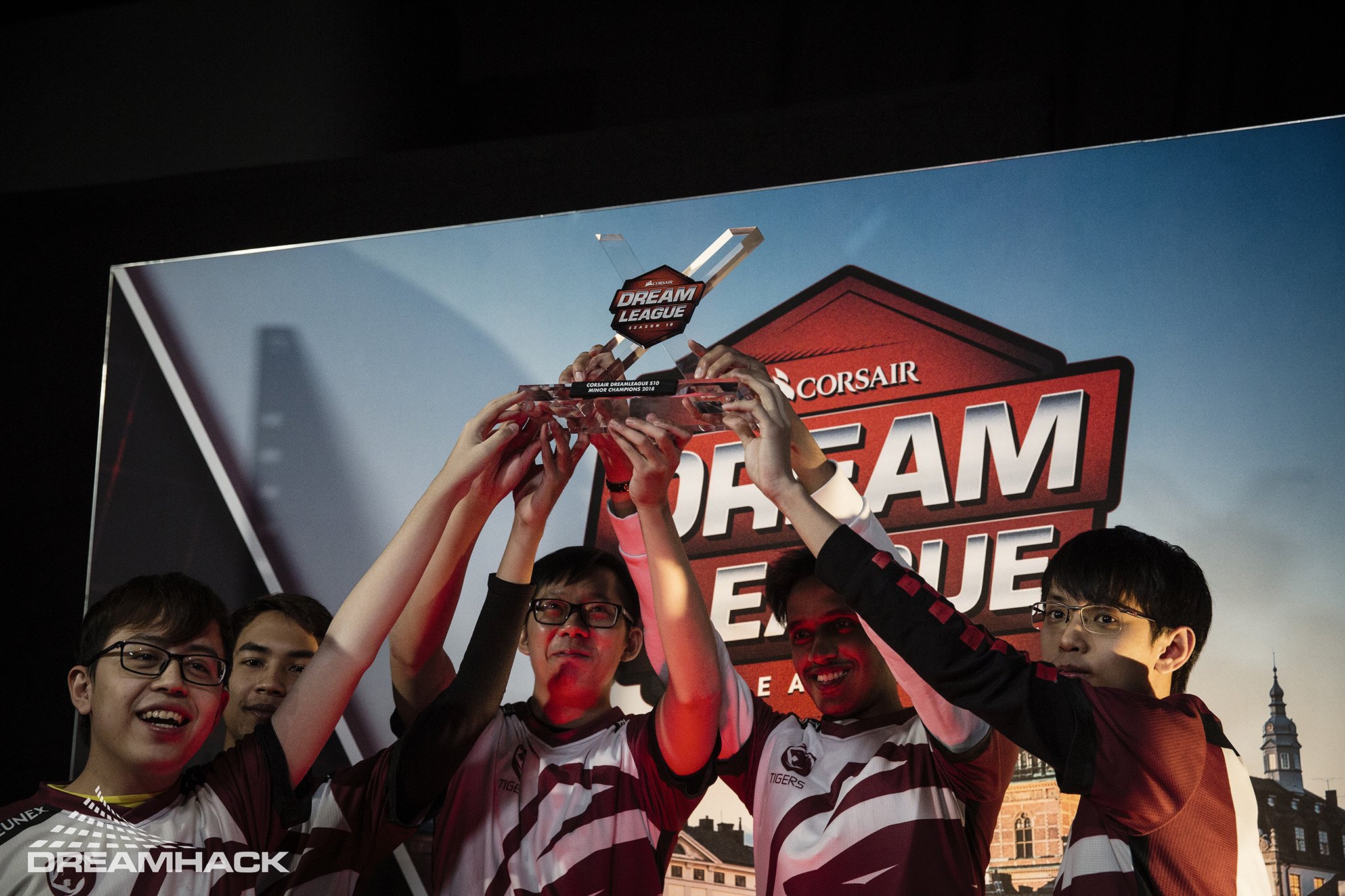 Heading into the last day of competition, DreamLeague Season 10 looked to have a final series that would dazzle viewers.

Following Natus Vincere’s victory over Royal Never Give Up to start the day, viewers began anticipating the rematch from the first round—where Tigers sent Na’Vi down to the lower bracket after beating them 2-0. This best-of-five would decide who walked away with the trophy, $125,000, and an invite to the Kuala Lumpur Major later this week.

In the opening match, Tigers looked completely untouchable. They tore through Na’Vi in almost every team fight. It was such a fast game in fact, that by the 24-minute mark, Na’Vi were left with just one barracks. Tigers posted a total of 44 kills in a quick 27 minute rout of the European squad.

With such a dominant opening performance, many thought the Chinese team would steamroll Na’Vi and earn a quick victory on the event’s biggest stage. It was exactly the opposite that happened during game two, however.

The match started out fairly standard, but Na’Vi struck early and delivered crippling blows throughout several brawls. In the final minutes, Na’Vi sealed the deal with a huge play that left Tigers with only one player alive—leading to GG being called just before 38 minutes.

After a fantastic revenge game, all of the momentum shifted to support Na’Vi in game three. Within the first five minutes it was clear Tigers just didn’t have an answer for what was being thrown at them and by 20 minutes the deficit for them had become too large to overcome.

Na’Vi took a commanding 2-1 lead behind their 24 minute victory—where they didn’t give up a single tower or barrack and controlled the K/D ratio 30-6 by the end.

That match could have been the haymaker that left a big enough opening to finish Tigers off, but instead it left Na’Vi exposed for a counterattack.

In a similar fashion to how Na’Vi handled Tigers in the previous game, game four saw nothing but success befall the Chinese squad. It took 38 minutes, but they only gave up one tower to the Europeans and crushed them in nearly every team fight—44 kills in total to Na’Vi’s 18.

With that win, the DreamLeague Season 10 Grand Finals moved into the fifth and deciding match of the entire tournament.

In terms of team fights, the final match was stunning. Each team displayed extremely high levels of coordination, skill, and mastery over their characters—but in terms of actual success, only one team really benefited.

Tigers held Na’Vi scoreless in both towers and barracks as they slowly built an advantage. The fighting was amazing, but it seemed that at the end of each conflict Tigers would somehow gain another small advantage over their opponents.

In one final brawl to decide if the game would end at the 37-minute mark, Na’Vi failed to mount a good enough defense. After taking down two enemies in direct combat, Tigers managed a few more kills directly following the initial conflict.

GGs were called immediately after that and the teams congratulated each other. As a result of their victory, Tigers received $125,000, 120 Dota Pro Circuit Points, and a direct invitation to the first major of the DPC 2018-19 season—the Kuala Lumpur Major that kicks off Nov. 9.