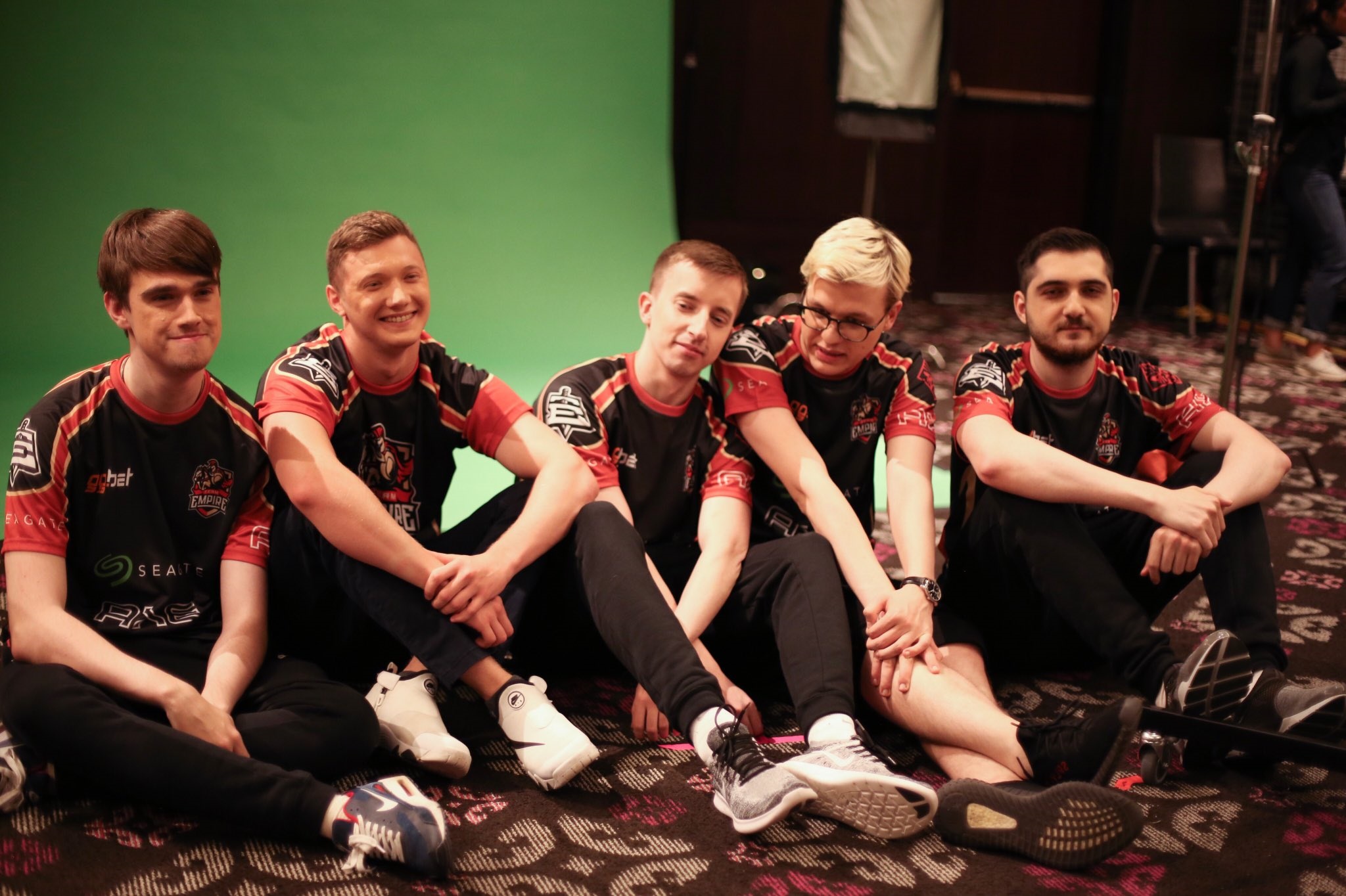 Team Empire may very well be one of the most recognizable teams the CIS scene has ever produced when it comes to The International. But despite looking lethal ahead of their previous appearances at the event, Empire were never able to capitalize on their past performances and ended up placing 9-12th at best.

Ahead of The International 7, however, Empire have been struggling to achieve any noteworthy tournament performances, and may not even be fielding its full permanent roster for the $23 million event.

Team Empire has historically been known for producing some of the strongest talent in the region, including names like Gleb “Funn1k” Lipatnikov, Roman “Resolut1on” Fominok, and Victor “GeneRaL” Nigrini. Despite being less established than other teams from CIS, like Na`Vi and Virtus Pro, Team Empire always had an eye for up-and-coming talent. In the past,t his would see them peak just before The International.

This time around, Empire’s only noteworthy results throughout 2017 have consisted almost solely of victories in online tournaments and show matches. The most impressive of these victories, however, came at a most opportune moment, as Empire made short work of the The International 7’s regional CIS qualifier. The team lost only a total of two games in the group stage, and proceeded to dominate the playoffs in a flawless run.

The performance of Team Empire in the qualifiers does put the squad in an interesting position heading into The International 7, however, as they once again will be attending the event as one of the top representatives from their home-region. The team has a big opportunity to break free of its reputation as being the region’s underdogs, especially with only one other representative from the region at the event—Virtus Pro.

Looking for a resolution

But though Team Empire were able to dominate the CIS qualifiers, the team may be facing the awkward situation of not fielding one of its prominent players at the biggest Dota 2 event in history. Players from Russia are known to have issues with obtaining visas ahead of The International thanks to sanctions the U.S. has placed on the country. Although the situations have eventually been solved in previous years, it’s looking as if current Team Empire carry player Vladimir “Chappie” Kuzmenko may not be as fortunate, as the 20-year-old has still not received his passport from the U.S. embassy in Russia.

This means that the team’s former carry player, Resolut1on, will come in as an emergency stand-in for the tournament’s group stage, which in itself could potentially make way for a fractured playstyle for the team at the event. With little time to adapt to the team’s strategy and overall synergy, it remains to be seen whether the presence of an experienced player such as Resolut1on will contribute to the team’s overall performance, or if it will make for a far less cohesive Team Empire.

As this iteration of Team Empire’s longest standing player, team captain Yaroslav “Miposhka” Naidenov has been particularly strong at roaming support heroes. Going hand-in-hand with the CIS region’s overall penchant for aggressive play, Miposhka will be key in Team Empire securing an advantage in the early game and creating opportunities for his team.

A combination of competing on the biggest stage, as well as keeping the team stable with the addition of an emergency stand-in, is enough pressure to make even the most seasoned of teams crumble. The mental aspect for Team Empire will be key if they are to succeed.

Despite carrying many hopes from the CIS region on their shoulders, Team Empire are none the less one of the biggest underdogs at the event. Their lack of success at LAN events throughout the year, as well as Chappie’s unfortunate predicament, makes it unlikely for Team Empire to have any major impact at The International 7, earning them a grade of D.