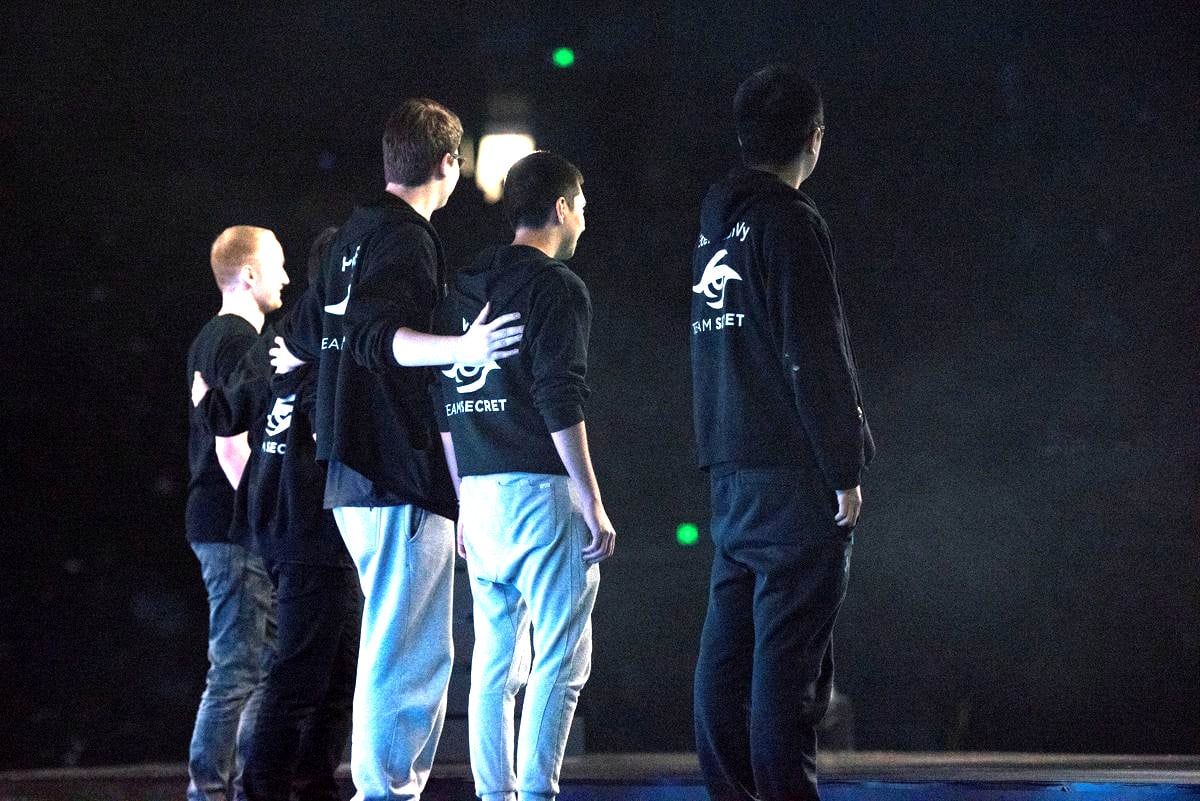 Despite the cloud of scandal that consistently manages to hang over the team and its management, Team Secret has remained one of Dota 2’s top teams since its inception in the weeks after The International 4.

A lot of that is owed to its erstwhile captain, the legendary Clement “Puppey” Ivanov, who has been with the team from the beginning. One of the great testaments to his leadership is that, excepting occasional bouts of headset smashing, he manages to make masters out of everyone in his orbit. At present, he’s presided close to a dozen players on Team Secret, and no matter how they came in, they came out better.

That’s probably the best way to describe the team’s current lineup, an eclectic crew of players hailing from three continents and five countries. Along with Southeast Asian aces Zheng “MidOne” Yeik Nai (previously of Fnatic) and Pyo “MP” No-a (previously of MVP Phoenix), Puppey brought on Yazied “YapzOr” Jaradat and KheZu. On their previous team, Escape Gaming, each was considered a talented, if not quite elite, player. But under Puppey’s influence, each has quickly grown in stature since joining the organization after The Kiev Major.

And yet Team Secret is somehow less than the sum of their parts. The 2016-2017 season of Dota 2 has been a mixed bag for the organization. At very few points would anyone have considered them a “bad” team, even as they failed to consistently convert their obvious talent into excellent results.

In fact, it’s been well over a year since the team outright won a premiere LAN. Their best result since TI6 was first place at the ROG Masters 2016 in Kuala Lumpur, which wasn’t exactly stacked as far as elite teams went. And despite qualifying for several LANs this spring and summer, the team has yet to win any tournament in 2017. Consequently, they enter The International at a curious position. Though they earned their spot in Seattle by crushing their way through the European Qualifiers, few would have felt that they earned a direct invite even if they received one.

As it turns out, Team Secret competed at Dreamhack Atlanta this weekend, but it’s hard to know how seriously to take their performance at the tournament. Early on, they were knocked to the lower bracket by the not-going-to-TI gentlemen of Planet Dog. Soon after, they were eliminated by another, uglier loss to Planet Dog and that was that. Normally, this would be cause for concern. But DreamHack Atlanta had the misfortune of taking place only a week before The International, meaning that Team Secret has a strong incentive to play to learn, which is not always the same as playing to win. Still, losing to a team that didn’t qualify for The International 6 and may or may not disband in the coming weeks… not good.

Despite some mishaps early in his career, MidOne has, over the last 18 months, proven himself to be among the best mids in the world. He’s not as flashy as Syed “Sumail” Hassan (who is?), but he’s a reliable laner and sometimes that’s what a team needs. What’s more, he was the second player in the world to reach 10,000 MMR (and, if rumors are to be believed, the first to do it without the assistance of teammates throwing on the other team).

Stability. Team Secret gained a bit of a reputation during the last year as an excellent team that choked on LAN, the most egregious example of which was The Kiev Major, where they blew through the qualifiers but were eliminated early (and unexpectedly) by the Brazilian outfit, SG e-Sports. Whether that’s nerves, bad luck, or something else entirely is an open question. But overcoming whatever barrier has haunted them at offline events will be crucial to placing well at Seattle.

B-. Team Secret is an above-average team with a tendency to choke when it matters most. While no one would be surprised if they made a deep run (and they certainly have the talent to), their middling performances at major LANs casts a pall over any optimistic predictions.