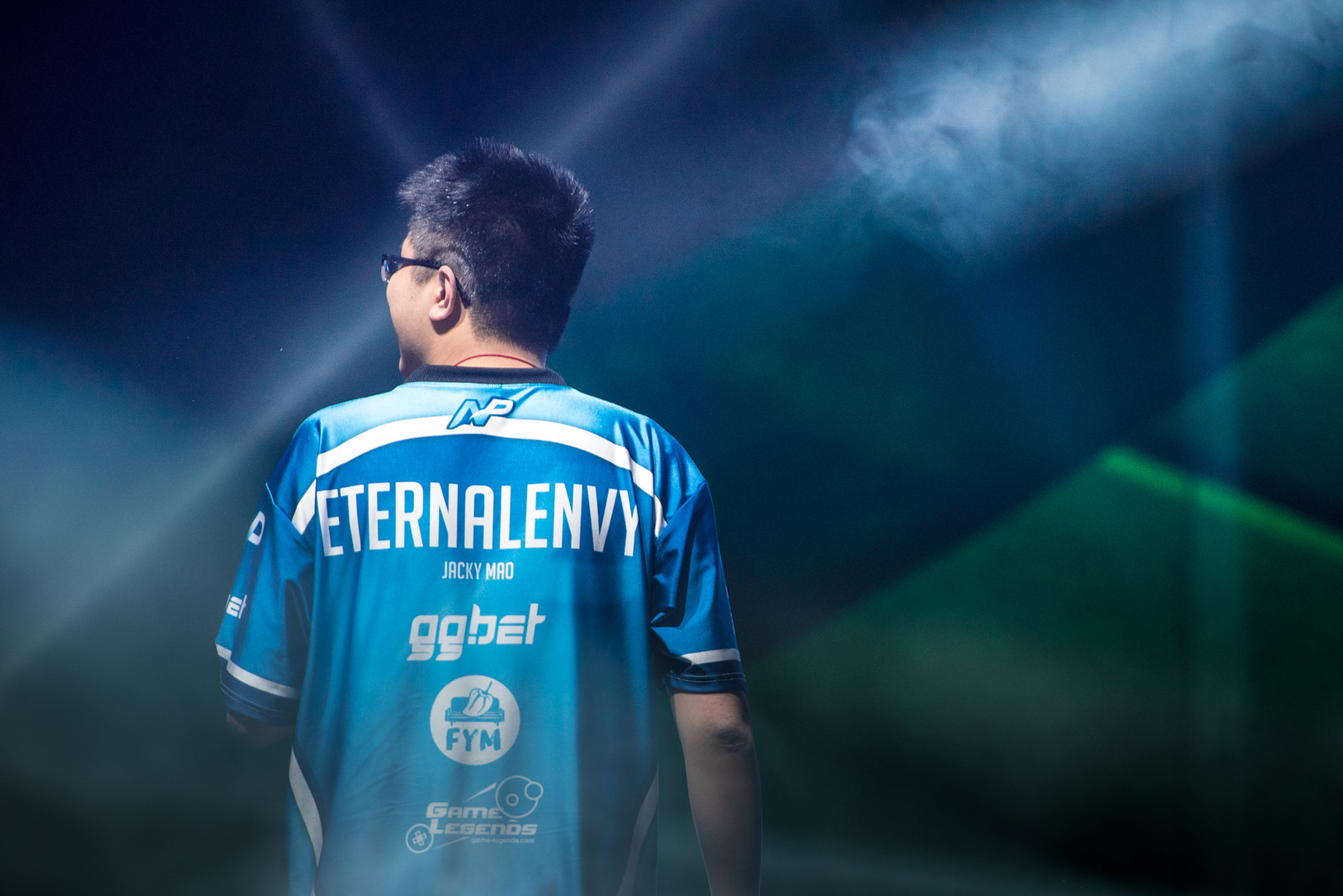 After it was founded in the weeks after The International 6, Team NP (the NP, supposedly, stands for “No Problem,” though it’s open to interpretation) was meant to be a new kind of Dota 2 team.

Established by EternalEnVy, then hot off a long and allegedly fraud-filled tenure on Team Secret, Team NP was rather modest in its scope. Reportedly, EternalEnVy wanted simply to play with friends, without the hassle of big-name organizations and sponsors. Team NP’s original lineup, which featured the aging standby Theeban “1437” Siva and youngster Avery “SVG” Silverman, seemed to bear that out. Here was a team bound not by a desire to win at all costs, but play Dota 2 with as little drama as possible.

At some point that got old, apparently. After middling results for most of the year, EternalEnvy kicked SVG and 1437 from Team NP, and brought on two veterans of Dota 2, Johan “Pieliedie” Åstrom and Adrian “FATA” Trinks, on board. The new lineup was an instant success, taking third place at the Manila Masters against an elite field of teams and placing fourth at The Summit 7. Those weren’t wins, to be sure, but they weren’t bad for a team that formed only a week after The Kiev Major and suddenly found itself up against the best in the world.

Shortly after, they won the first spot in the North American qualifiers, securing their place in Seattle.

The new Team NP looks a lot like Cloud9’s classic lineup, with the addition of Arif “MSS” Anwar instead of Armand “Bone7” Pittner in the offlane. One wonders if the inconsistency that plagued Cloud9, even in its prime, will be an issue for Team NP. MSS isn’t quite as flashy as Bone7 (Mask of Madness Batrider, anyone?), but he is far more reliable. So far, the team favors aggressive lineups with a clear late-game fallback. Accordingly, many drafts feature Ember Spirit (an EE classic), Queen of Pain, and Puck—all heroes with good teamfight and burst potential in the early game, but also retain utility as the match drags on.

But that strategy cuts both ways. Old Cloud9 had a reputation for curious decision making, especially in the late game, and, evidently, some of that has been retained in Team NP’s new lineup. In the finals of the ZOTAC Cup, where Team NP faced off against TI invitees Newbee, the team blew some game-closing opportunities en route to their 1-3 defeat. Whether that was simply a matter of a new team’s nerves is an open question, but either way, Team NP will be one of the more exciting teams to watch at The International 7.

Years ago, in a throwaway tournament preview, I threw some shade at poor MSS, writing that “NEL starts have always been a mixed bag; for every Arteezy, there’s an MSS.” The phrase has become something of a meme among a select group of Dota 2 fans, and I see it pop up on Reddit and Twitter from time to time. I don’t exactly regret it (it was true at the time!), but MSS’s perseverance in Dota 2 is inspiring, and I told myself that I’d issue an apology if/when he wins a LAN. Well, that hasn’t happened yet, but he is about to play at the goddamn International, so that’ll have to do. Sorry for the flame, Arif. I hope you soar.

Given that Team NP’s current lineup in has only been competing with each other since May, it’s not unreasonable to wonder if they’ve been able to cultivate the near-telepathic communication of teams like Evil Geniuses and OG, both of which have been together since last August. During the qualifiers, things (generally) looked pretty good. But The International is not its qualifiers, and “pretty good” will not cut it. To compete with the best in the world, Team NP’s communication needs to be on some Vulcan mind-meld shit. Harness that, and they’re sure to go far.

B. While it’s hard to issue any authoritative statements about Team NP because they haven’t played very many tournaments together, second place at the Manila Masters is no small feat. There’s certainly enough talent on the lineup for Team NP to make a deep run in Seattle, but the relatively brief period they’ve been together casts doubts on their synergy. Of course Dota 2 is fickle and they may yet be a frictionless machine, but few would call Team NP either a pushover or a team to beat.