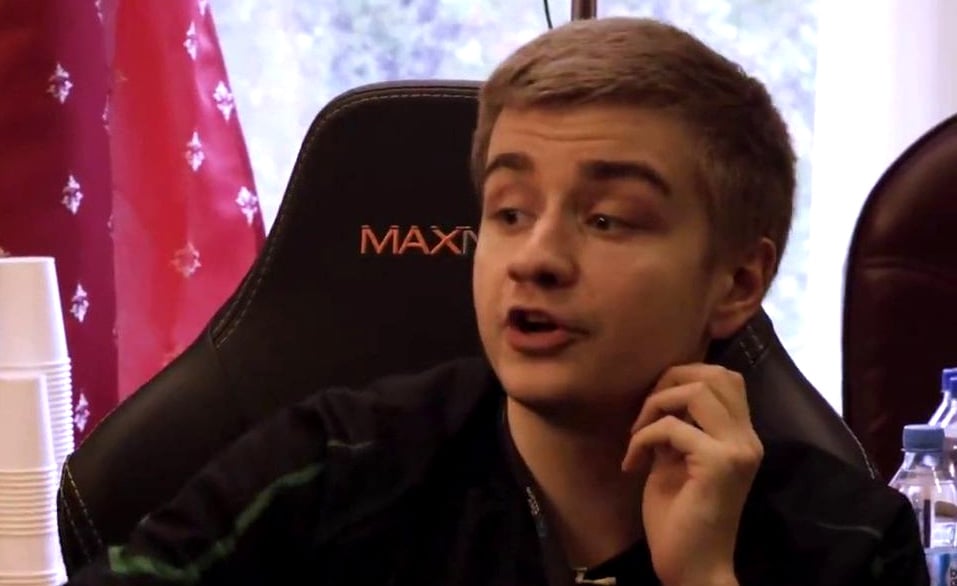 Alongside Evil Geniuses, OG is perhaps the only Dota 2 team in the Western world team who could have won any tournament at any point in the last year and surprised no one. The greatness of OG is self-apparent, and their consistently excellent results across the year are a testament to their strength not only as individuals but also as a squad.

It wasn’t always that way, though. It seems quaint in retrospect, but many feared for the future of the organization in the weeks after The International 6. OG lost a trio of superior players, Andreas “Cr1t” Nielsen (to Evil Geniuses) David “Moonmeander” Tan (to Digital Chaos), and Amer “Miracle-” Al-Barkawi (to Team Liquid), all of whom had played a crucial role in the team’s success in the 2015-2016 season. But the dual axis of Johan “N0tail” Sundstein and Tal “Fly” Aizik, one of Dota 2’s ironclad duos and who have now played together for the better part of a decade, was too alluring for a new trio of elite replacements to pass up.

By the end of the post-TI6 shuffle, Swedish legend Gustav “s4” Magnusson and Finnish prodigy Jesse “Jerax” Vainikka had signed on with the team. Anathan “Ana” Pham, one of the few fresh talents to entire the highest tier of the Dota 2 ecosystem in the last year, rounded out the lineup as OG’s new mid player. And though Ana, then a mere 17 years old, raised some eyebrows, whatever doubts there once were about the lineup were put to rest by the time the team tore through The Boston Major in December.

Nowadays, OG is the feel-good story of Dota 2. This was true even before their flattering showing in True Sight Episode 3, where the team gathered around a struggling Ana in the grand finals of The Kiev Major and came back from a 2-1 deficit to win the tournament. Whereas teams like Evil Geniuses seem bound together mostly by a desire to win, the gentlemen of OG genuinely seem to like each other. The fact that they win, and win a lot, just sweetens the deal.

Though OG has had a dip in results this summer, placing fourth, fifth, and seventh at the three major LANs they’ve attended, winning both The Kiev Major and the Boston Major makes them this year’s most successful team by prize money and prestige. During the plentiful debate over who deserved an invitation The International 7, OG was instantly (and rightly) pegged as a shoe-in.

As their victories at both this year’s majors attest to, OG’s ability to turn a great team into an undefeatable one on Dota 2’s biggest stages makes them one of the teams to beat in Seattle. Moreover, OG’s other victories—they won both iterations of MoonduckTV’s Elimination Mode, which forces teams to draft unusual hero compositions—are a testament to the team’s remarkable versatility. Together, these two strengths make them one of the squads mostly likely to win in Seattle.

Though supports might not always get the attention they deserve, Jerax is the rare player who manages to make the role as obviously exciting to watch as the farming cores. Since going pro, Jerax has gravitated toward high-skill, playmaking utility supports like Tusk and Earth Spirit, on which he has an insane 75 percent winrate in public games and 68 percent in professional ones. Though no one will blame you if you tunnel vision on OG’s excellent cores, be sure to set aside a little time to watch JerAx carve through the game.

We can’t think of any, save the occasional poor performance by Ana in the middle lane. In late 2016, Ana took a lot of heat from Dota 2 fans who felt that he wasn’t ready to play mid lane for a team with the prestige of OG. But he’s since grown substantially as a player (his multi-lane double kill against Newbee being a prime example). Still, whether it’s nerves, inexperience, or a combination of the two, he sometimes unexpectedly struggles in the laning phase. Ensuring that Ana is ready for the pressure of The International should a top priority for OG.

A-. OG is one of the few teams for which winning The International wouldn’t constitute an underdog story. Their talent is matched only by their composure under pressure, and anything less than a top-three finish would be a disappointment for the team.