Time to get your predictions ready for The International 2019. 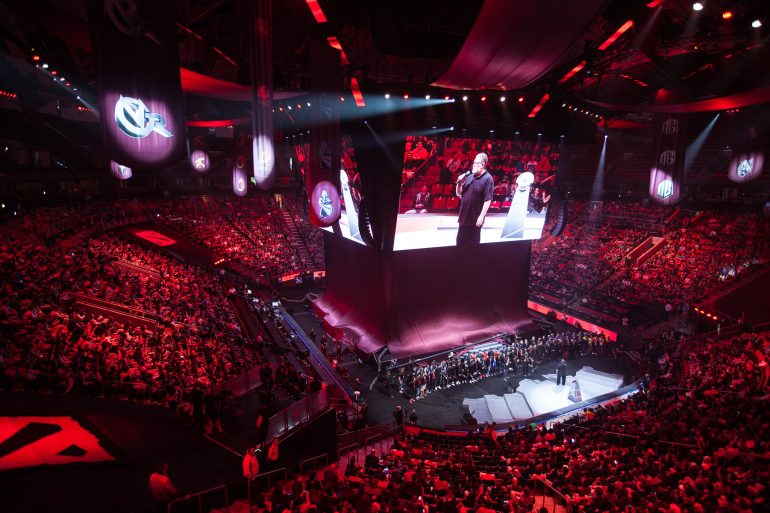 Mineski, Royal Never Give Up, Natus Vincere, Chaos Esports Club, Infamous, and Forward Gaming all made it out of the TI9 regional qualifiers and were the final pieces needed for the player and team-related content to release.

Players who own the TI9 Battle Pass are now able to unwrap Player Card Packs that will give them access to a wide variety of the players from each team competing at TI9. They will then use those cards to build rosters for this year’s Fantasy Challenge.

This is a way for players to treat TI9 as a competition with their friends, using custom rosters to see who’s constructed team gets the most total points by the time the event ends. This also ties into the other content available in the TI Compendium, such as the various other fantasy style competitions going on.

There will be options for players to select and guess how well specific players, teams, and even heroes in-game will do during the tournament. This will basically let Dota 2 fans fill out a detailed bracket of tournament predictions similar to the NCAA’s March Madness.

All of this will be done before the first draft of TI9 begins on Aug. 15, and players who correctly guess aspects of the tournament’s meta will be awarded extra Battle Pass points.

And as always, the favorite team option returns, letting players represent the team their favorite squad and earn custom drops tailored to each organization. Things like customized emoticons, effigy banners, team sprays, and special effects can all be earned just by selecting a team and playing games.

All of this content will be available until the TI9 Battle Pass ends following the TI9 finals on Aug. 25. There will be a weeklong grace period for players to continue collecting items and such, but after that, it will all be locked away.