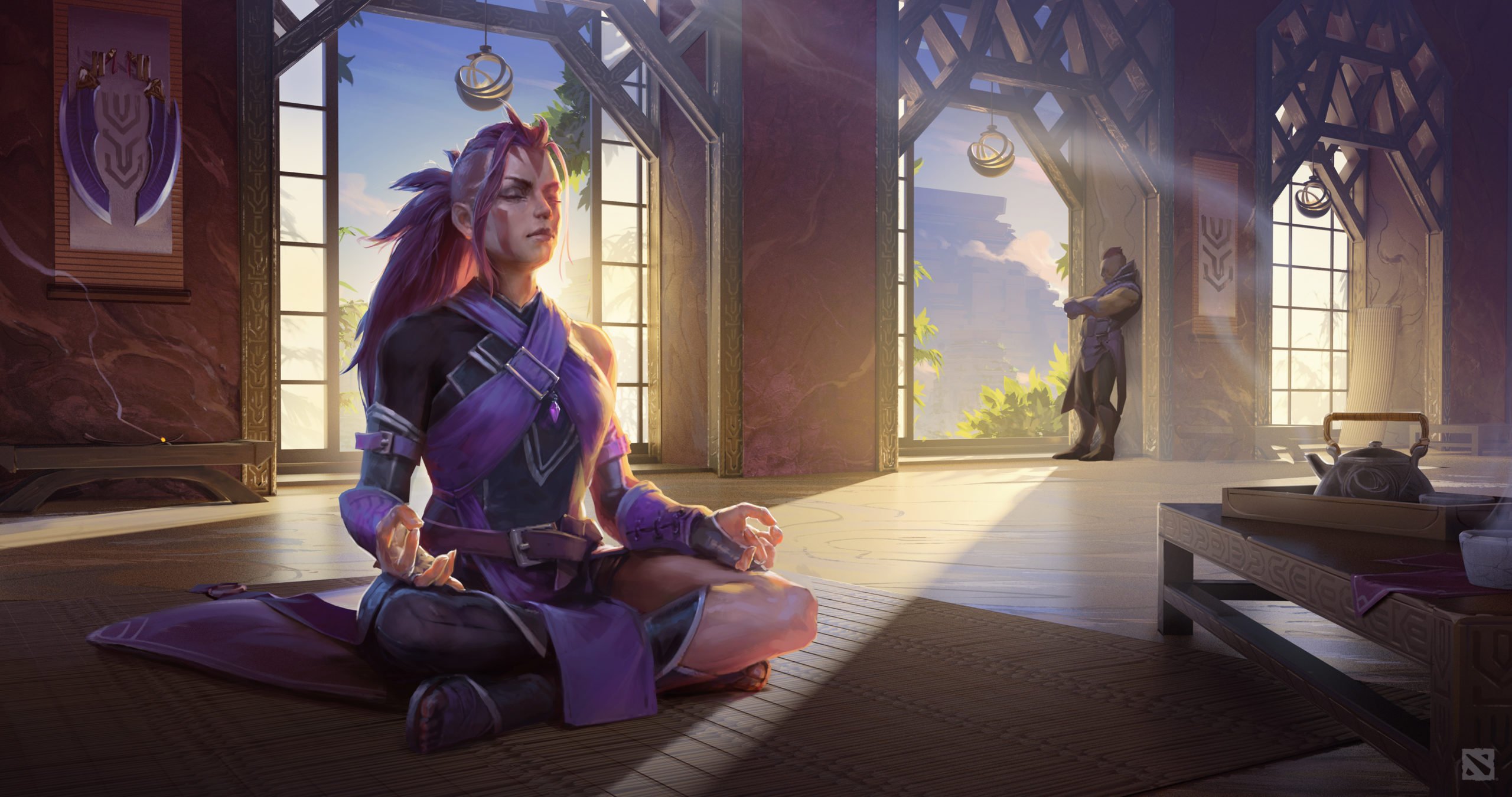 The genderswapped Persona for Anti-Mage is now live in the Dota 2 International 2020 Battle Pass, which completely replaces the original model and character once selected.

Any player who has reached Battle Pass Level 305 will be able to claim the Persona as a reward and equip to Anti-Mage in order to use it in their matches.

Trained by the original Anti-Mage, the new practitioner of the Turstarkuri named Wei has been called into battle to test her skills. She has a new Hero Portrait, Topbar Portrait, and Minimap icon to help show that she is being treated as a different iteration of the hero, like with most other Personas.

Along with the smaller additions, she also has completely new animations and more than 900 Persona-exclusive voice lines.

None of the actual gameplay changes when using the Persona, but most of the details about the hero itself are changed to match the new lore and character traits. The same was true for the Toy Butcher Pudge Persona, which you can claim at Level 255.

This is the last Persona added in the TI10 Battle Pass, but once you unlock her, you can move on to collecting the new Arcana sets. Here are all of the levels related to Arcanas and Personas in the Battle pass.

And don’t worry, while several parts of the Anti-Mage has changed with this new character persona, the moniker holds true — she still hates magic.