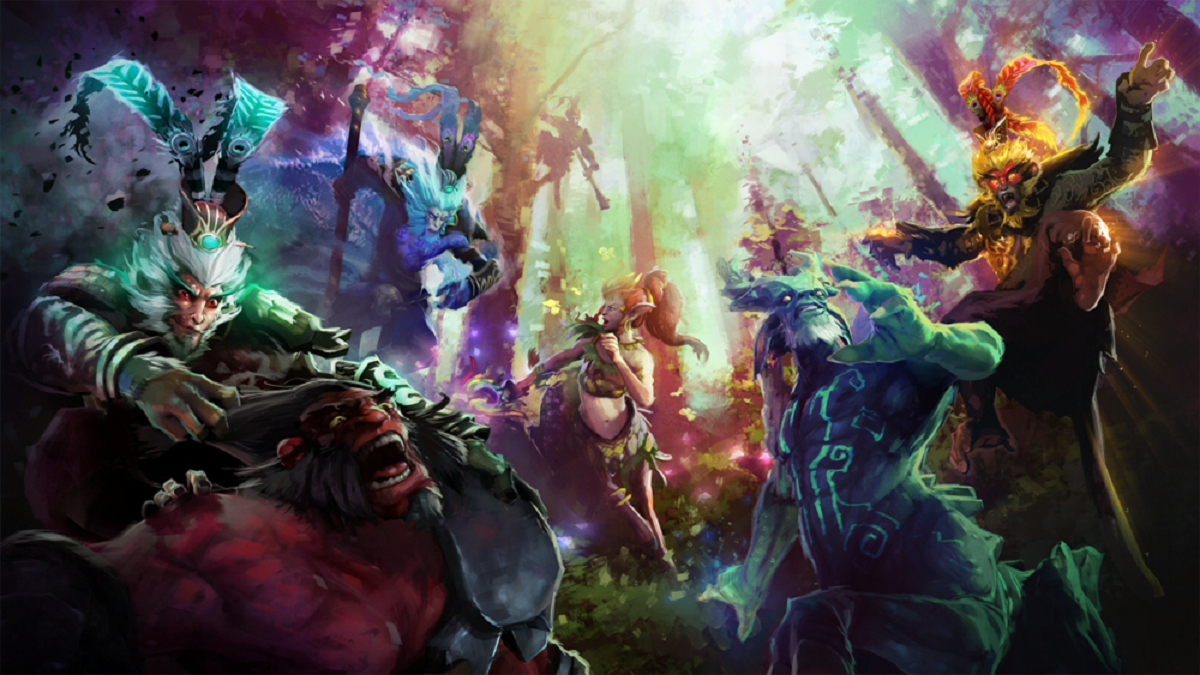 The offlane used to be the loneliest lane in Dota 2. Offlaning meant going solo vs. two to three heroes, but the narrative changed over the last few years. More often than not, offlaners are now accompanied by support heroes, which adds more versatility to the role.

The old meta forced players to pick heroes that were exceptionally self-sufficient but with the help of a support, they can get away with more greedy picks that can contribute more at later stages of the game.

Though most offlanes start off as two-vs-two encounters these days, the accompanying supports usually rotate out of the lane during the early game to help other lanes. This means you’ll need to be cautious at times.

Grasping the basics of your role will be important as your hero since there will be a few items on your checklist. Accomplishing them during laning stage can give your team a head start towards the mid game.

Your main goal will be distributing the enemy safe laner’s farm and to potentially score a few kills too so your carry can scale better into the late game. There will be times when you’ll be at a disadvantage vs. your opponents, and survival will be your ultimate goal if that’s the case. Not feeding and potentially picking on the enemy supports instead of the safe laner can make this process easier.

Even if you’re behind on farm, there will be other opportunities for you to catch up. These include jungling and switching lanes with teammates when they’re strong enough. Here are some of the best offlaners in the current meta that can give you an edge over your opponents.

In addition to being durable, an offlaner also needs to provide a decent level of utility to their team. Through most of his Dota 2 career, Omniknight was considered a support and generally found himself a spot in the safe lane guarding the position one/carry hero.

In the last three years, the changes and the buffs Omniknight received turned him into a suitable offlaner with a lot to offer. From healing to providing physical damage immunity, Omniknight is a powerhouse.

His kit may sound defensive, but it can also be used to turn up to heat versus enemy heroes when needed. Omniknight’s built-in slow and pure damage dealing abilities make the hero a threat in the early game and he can secure a few kills under his name with a little help from his supporting cast.

Dark Seer is a classic offlane hero. He’s managed to find himself a spot in almost every meta and seen usage in pro play even if he was less favored than other offlaners. Dark Seer thrives when it comes to versatility, and the level of utility it brings to the table makes him a welcomed addition to teams that can use his talents.

The main reason Dark Seer shines in offlane is he’s relatively hard to catch and can also clear waves faster than most other offlaners. His wave clearing abilities come in handy if he decides to jungle as well; it’s difficult to stay under-farmed with Dark Seer.

It’ll still be possible to make up for a poor laning stage with Dark Seer, especially if you have supporters who are kind enough to prepare stacks for you. Once you farm your key items like Blink Dagger, positioning will be the name of the game for Dark Seer. You’ll want to be at the right place at the right time and contribute to team fights without getting caught.

Depending on the heroes on your team, you can end up fulfilling the role of an initiator or you can focus on following up after a stun as well. The latter may yield better results since hitting the Vacuum on moving targets can sometimes be a difficult task.

Most offlaners prefer striking back whenever a chance presents itself, but Axe is just a natural aggressor. He’s equipped with all the tools he needs to both farm and turn on the pressure against the enemy safe laner.

Considering how weak carries can be during early game, dealing with Axe can be a rather challenging task that can also force a carry into the jungle or a lane swap. What makes Axe great is his ability to farm quickly. This allows Axe to start creating space around the map through ganking other lanes.

Once Axe leaves his lane, the position four support in your team can take his place and catch up on farm while he’s gone. If you’re Axe’s support, the best gift you can give him would be a couple of stacks you could make while you’re on your way to camp the rune or in the middle of a rotation.

Crowd controlling abilities are almost a must if you’re looking to assemble an elite squad of heroes that can be a threat through all stages of the game. Some abilities in Dota 2 are downright more powerful than others, and Enigma has one of them in his arsenal.

The Black Hole is one of the most famous spells in Dota 2 and for good reason. It’s an AoE lockdown spell that also deals a decent amount of damage and whoever gets caught inside will have no way of getting out without help.

While most offlaners are accompanied by supports, Enigma doesn’t really need one since he can deny creeps to keep the lane equilibrium on his side. This will also keep the enemy support busy trying to pull back to lane, allowing Enigma to hold off two heroes while his support will have space to help out others.