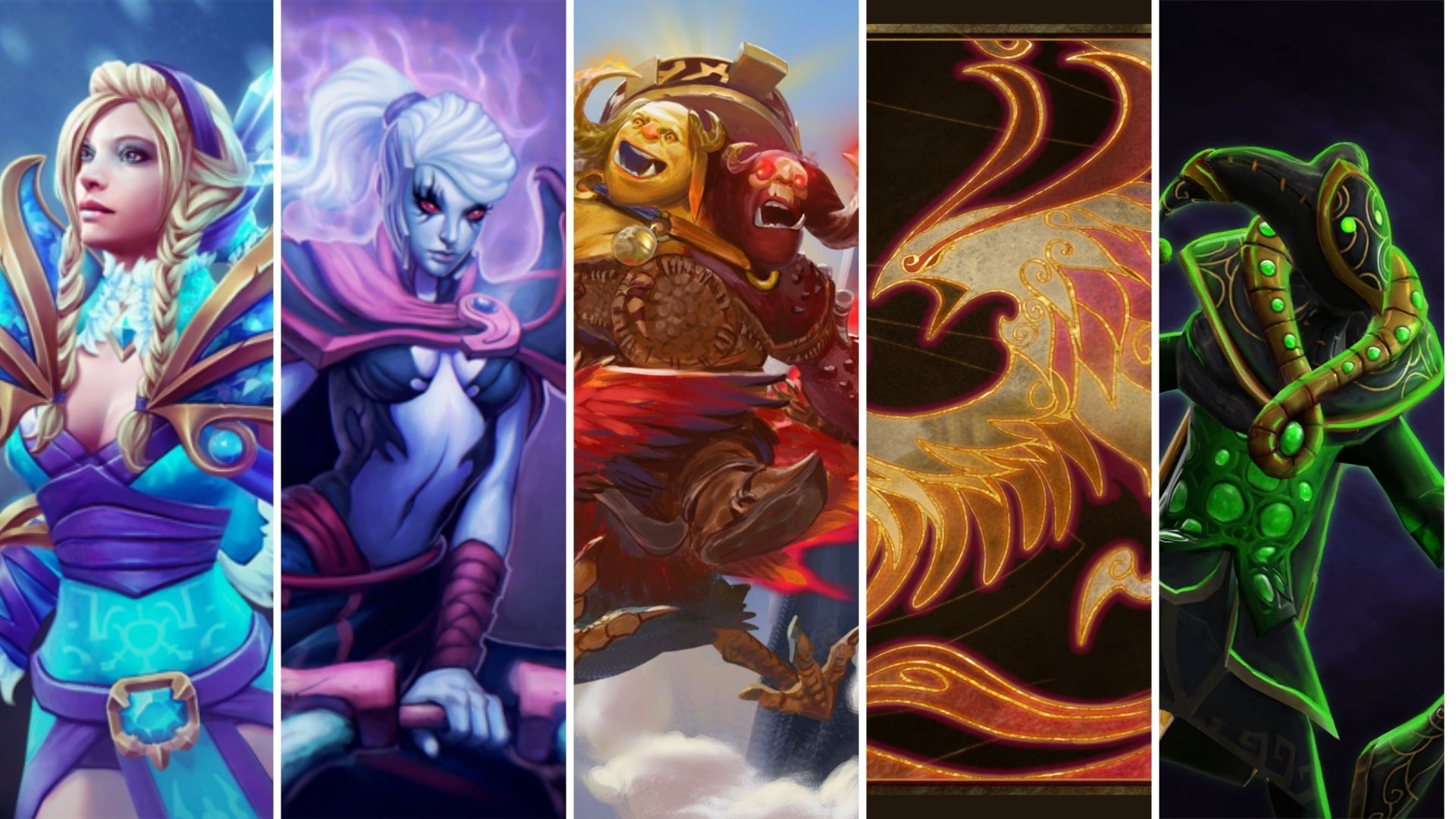 Everybody should learn to play a good support, or at least how the role functions in Dota 2. With the current Ranked Roles system, it’s difficult to entirely avoid having to play position four and five at some point in your road to gaining MMR.

Here are some of the best Dota 2 supports to pick up and get that plus 30.

Death, taxes, and Crystal Maiden support. Rylai has been a reliable support since players had to boot up Frozen Throne and sign in to Battle.net to play Dota, and her abilities have barely changed since then.

She remains one of the most powerful level-two heroes in the game thanks to her dual disables: Crystal Nova slows and nukes, Frostbite roots and does damage-over-time. Pairing her with an aggressive core that has loads of damage but lacks disable is a surefire way to get an early kill lead. Crystal Nova also grants vision, making dewarding and scouting easier.

As the game evolves, consumables like Clarity and Salves have become essential tools for cores to keep farm up and stay on the map. Rylai alleviates one such concern almost entirely with her most powerful skill, Arcane Aura. It’s global, ensuring that you will be contributing precious mana to your team even on the opposite side of the map.

The hero’s most glaring weakness is her squishiness and slow movement speed. It’s why Tranquil Boots are by far the most common first-item option on the hero, helping to alleviate both weaknesses slightly. Still, she’s not much better than wet tissue paper when she gets caught. So, make sure to stay in the fringes of the fight and get off your spells at least once or twice before inevitably succumbing to the enemy core who has three more items than you.

Mostly played as a hard support, and sometimes upgraded to four, Crystal Maiden is reliable. No matter how she fares in the competitive scene, the hero’s ease of use will always make her a viable option in pub games, and it shows in how her win rate remains consistently positive no matter the meta.

What Shendelzare the Vengeful Spirit lacks in lane, she makes up tenfold for her incredible utility even when completely starved of items. Her kit of skills look basic at first, but her ultimate Nether Swap can be especially game-breaking when used in the right hands.

Her babysitting skills are subpar due to her low attack range and lack of nuke damage. She gets rather tanky later into the game, thanks to her nature as an agility hero that provides armor and a decent strength gain.

Magic Missile is your run-of-the-mill, single-target stun. Wave of Terror doesn’t deal much damage but makes up for it with its armor decrease, and its high cast range provides valuable vision. Vengeance Aura provides a flat bonus to attributes for hero in range, as well as boosting attack range.

Her true value lies in her ultimate, Nether Swap. Positioning skills that can affect both allies and enemies are few and far between in this game. The single-target nature also gives Venge a large degree of autonomy on when and where to use her skill, instead of needing to meet certain conditions. It can save an out-of-position ally, or swap a poorly-positioned enemy into the waiting arms of your team. Use it improperly, however, and you are likely going to die without anything to show for it, since the skill doesn’t contribute in another way.

Two heads are better than one. For Aggron Stonebreak the Ogre Magi, it’s certainly true in the lanes. It’s not an uncommon sight to see Ogre stave off two heroes by himself at level one, leaving his core free to do whatever they want. He’s incredibly bulky, with his high base health and armor, and has ridiculous strength gain for an intelligence support.

He has two solid disables as well. Fireblast is a simple targeted stun, and Ignite is a slow that can annoyingly bounce off to another unit at a much further range. Add his ultimate Multicast to the party, and his enemies have no choice but to stop, drop, and roll.

While a Multicast Fireblast is what everybody wants to see, it’s Bloodlust that makes him a powerful support. It buffs both movement speed and attack speed, two of the most important assets to a physical carry. It works on towers as well, providing a measure of defense for enemy pushes.

Even if you do nothing else but Bloodlust your position one for the whole game, the major increase in farming speed, chase potential, and increased DPS will be treasured by your teammate.

Phoenix is one of the best teamfight heroes in the game even from position five. His unique combination of damage and atypical crowd control makes him very versatile. Such is his strength that he’s regularly upgraded to a offlane role.

While he does possess one of the best harassing skills with Fire Spirit, which slows enemy attack speed, its high cooldown and small AOE makes it unreliable. Plus, all of his skills require sacrificing his own health pool to use, which can quickly whittle down his high strength. Phoenix has very low armor as well, which makes trading hits without Fire Spirits a terrifying prospect.

The hero’s Sunray and Supernova are what truly turns him into a teamfight monster. Sunray both heals and deals damage but can be awkward to control without some practice. It remains incredible well into the later stages due to its percentage based scaling.

Good usage of your ultimate Supernova is what literally gives the hero new life. While it’s easy to get into a mentality of “just don’t get killed,” enemies focusing on your Supernova and destroying it isn’t necessarily a bad thing. Many support heroes would kill for the ability to turn their opponents attention onto them rather than their cores, and a giant, fiery egg accomplishes just that. Of course, it would be best to fulfill said goal and survive, but Dota 2 is a game of inches; losing your life for a won teamfight is good more often than not.

Most often played in position four rather than five, he’s a surprisingly decent laner thanks to Fade Bolt. It’s great for securing ranged creeps, and reduces hero damage to boot, allowing you to trade hits constantly.

Telekinesis is a stock single-target spell, though being able to choose where your opponent lands is an interesting twist. It pairs well with heroes like bulky offlaners who otherwise lack gap closers, like Centaur Warrunner and Axe, allowing them to chain their own disables.

But really, if you are going to pick Rubick, it’s for the potential of big plays. Spell Steal, coupled with your Arcane Supremacy, turns your opponent’s skill into an even better version. Getting level six and having two high-leveled nukes at your disposal is enough to win most skirmishes, and gives Rubick a lot of wave clear potential.

He’s not quite as plug-and-play or reliable as some of the other heroes in this list, but there’s no other support hero that can turn the tides quite like Rubick. Doing it with your enemies’ spells? Even more satisfying.