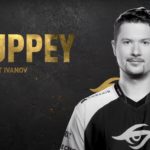 The multi-million dollar pro scene for Valve’s Dota 2 brings hundreds of the best players in the world together to battle in front of millions of fans on the biggest stage. But just like in any competitive event, some players stand out from the pack and show they are elite talents.

Several factors can be used to determine what makes a player great, like overall performance, team success, and even their legacy. In an era where teams frequently shuffle players around, having one of the best players in the world to anchor a roster on can be the difference between victory and obscurity.

This list only takes into account active players who are competing in the Dota Pro Circuit during the 2020-2021 season. These players are at the top of their game and playing the toughest competition in the world at each event, which is what brings the best out of them in a tournament. 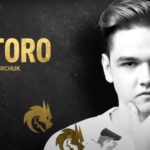 Each The International kicks off with favorites and teams to watch out for. Eighteen teams compete in the event, and a decent portion of the community silently agrees on which are likely to place top three in the event. Most overlook the potential Cinderella stories, and that’s exactly what happened in The International 10 in 2021.

Team Spirit weren’t even considered the best team in their region since they found it rather difficult to overcome Virtus.Pro throughout the regular season. Against all odds, Team Spirit had a fantastic run in The International 10, and Yatoro was the centerpiece.

After a rather shaky start to the group stages, Yatoro knew he had to use an unorthodox strategy. He decided to make a sacrifice to the “Dota gods” and shaved his hair. The Dota gods must have accepted Yatoro’s sacrifice since from that point onward, Team Spirit changed.

Team Spirit looked solid despite getting knocked out of the upper bracket in the first round. Throughout the team’s unstoppable run in the lower bracket, Yatoro played a different hero almost in every match, making him one of the most versatile players in the tournament.

Yatoro’s diverse hero pool made it almost impossible for their opponents to draft around him since he practically had no weak spots. If the last hero he played with was banned, Team Spirit would pick another carry hero, which Yatoro would play equally well. Every hero Yatoro played with felt like the best pick from his hero pool.

Leading up to The International, not many people considered Team Spirit as a top contender, but the team’s unpredictable nature turned Team Spirit into real trouble to deal with for the other squads in the tournament.

PSG.LGD boasts one of the strongest squads in Dota 2, featuring a 12,000-MMR mid player and one of the most iconic carry players from the East. Carries and mid lane players often receive the biggest place in the spotlight, but the position four and five supports hold the teams together. NothingToSay and Ame’s performances do get a lot of recognition, but XinQ has been the pillar holding the team together even during the toughest matches.

Some position four players can struggle to find the farm in tough matches, but not XinQ. It’s relatively hard to find a match where XinQ stays under-farmed against the enemy team’s position four. In addition to his excellent farming patterns, XinQ’s diverse hero pool also makes it difficult for other teams to counter him during the picking stage.

XinQ’s vast hero pool includes Rubick, Hoodwink, Mirana, and even core heroes like Ember Spirit and Tinker, which he successfully played as position four. Considering XinQ’s consistent performance and the harmony between PSG.LGD’s players, their run to the Grand Finals of TI10 didn’t come as a surprise at all. The surprising part was probably the fact that the team once again missed out on seizing the opportunity and failed to take home the Aegis of Champions for a third time now.

Though it may be a disappointing result for the team, placing second in the most prestigious tournament of the year is hardly a failure, and fans are looking forward to seeing whether PSG.LGD come back to The International once again to try and bring the Aegis home.

“Everyone must forget the words carry/support/ganker, this is all rubbish,” Puppey said in a 2013 interview. “If you want to be useful, to win the game, you must play on all heroes, instead of crying like a baby when you have to play carry.”

That’s a legendary quote from one of the most prolific and successful players in the history of Dota 2. Puppey has been at the top of the Dota food chain since the beginning, always playing heroes that might be viewed as unconventional or experimental.

From the start of the DPC, Puppey was in the limelight as he and Dendi helped lead Na’Vi through the first International, losing just one match throughout the entire tournament. That squad became the first Dota 2 world champion, and it was just the start of a dominant era for Puppey and his team.

Following the departure of the team’s captain Ivan “Artstyle” Antonov, Puppey received the reins. This is where he truly began to shine.

Over the next three seasons, Na’Vi won 20 premier events and made it to the finals of the next two Internationals, losing to Invictus Gaming and Alliance. Throughout that streak and in the following year, Puppey demonstrated a brilliant mind for drafting.

He took his philosophy on hero selection and applied it to his team’s drafting strategy. Instead of focusing solely on the trending meta or counter picks, Puppey is well known for trying out unorthodox picks during matches.

If he or one of his teammates think they should forgo a Sven to try and take their opponents off-guard with an oddly-timed Abaddon or Monkey King, it isn’t off the table. These conversations that were later talked about in post-match interviews demonstrated Puppey is always open to trying weird tactics if they make sense at the time.

Even the first iteration of Team Secret was considered a power team, but the team went through a handful of changes over the years. Leading into TI 10, Puppey’s Team Secret consisted of MATUMBAMAN, Nisha, zai, and YapzOr. Despite performing exceptionally during the regular season in 2020, Team Secret failed to deliver on the highest stage of Dota 2.

Unlike the usual narrative, Team Secret had a rather average season before TI10 and headed to the event without a spotlight on them for the first time. The lack of pressure started showing its effects on Secret, and the team had an excellent performance during the group stage.

Team Secret secured an upper bracket spot in the main event and were matched against the 2019-2020 champions, OG. This was where Puppey’s experience as a captain and the players’ individual talents showed their impact. Team Secret didn’t drop a single game until the upper bracket finals. There was no sign of weakness in their play.

In TI10’s upper bracket finals, however, PSG.LGD had Team Secret’s number. After getting kicked out of the upper bracket Team Secret found itself facing the eventual champions Team Spirit in the low bracket. Though Team Secret could bag the first match home, Team Spirit advanced to the finals after two back-to-back wins.

Finishing third at the biggest event of the year is an achievement of its own, but the team still went through a rebuilding stage, with MATUMBAMAN and zai leaving the team.

With two members under his wings, Puppey is once again looking to show the Dota 2 world what he’s made of and potentially join the club of two-time International winners.

When a new talented player starts to make a name for themselves in the west, most of the Dota 2 community hears about them. Considering the more organized nature of the Chinese Dota 2 scene, though, it takes a while for the up-and-coming talent to find a spot in a top-tier team.

If an opportunity presents itself, players need to make the best of it, and that’s exactly what flyfly did in Invictus Gaming. After joining the team in 2019, the versatile carry player became the centerpiece of the squad.

Flyfly’s ability to play the game from a position of strength makes him a formidable carry player. Even when playing with a gold disadvantage, he finds a way to make the most of the resources available to him and comes back into the game to help his team turn the situation around.

Invictus Gaming could be considered late bloomers despite having a decent squad since it took a while for the team to adjust to each other and harness the best out of every player. Their development as a team earned them fourth place in The International 2021, and flyfly’s role in the team’s success turned him a carry player to watch out for in the upcoming season.