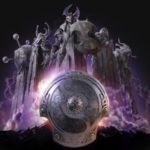 It’s hard to pinpoint how it happens exactly, but Dota 2 has a way of becoming engrained in players’ lives, even if they stop playing. Most Dota 2 enthusiasts who believe they’re done for good often find themselves watching streams and reading patch notes regularly to get their Dota 2 fix.

Changing your phone or PC’s wallpaper to anything Dota 2 related can help you remember all the epic games you’ve played and encourage you to come back to the game. Valve releases countless in-game item sets, and almost all of them come pre-bundled with loading screens. While loading screens in other games are usually filled with tips that most players are already familiar with, Dota 2 takes it up a notch by showcasing the amazing artwork of Workshop artists.

These loading screens are the perfect wallpapers due to the sheer amount of work and love that go into their creation. You can snag these wallpapers in the Community Market or download them via the Dota 2 Fandom/Gamepedia.

Here are the best Dota 2 wallpapers you can use to decorate your essentials.

Shadows of the Wuxia

The temple couldn’t protect itself, and that’s why the Templar Assassin is here. Regardless of the meta, there will always be a Templar Assassin player in the queue just because she’s one of the most rewarding heroes to play in Dota 2. The mysterious voice lines, pink color scheme, and mystical vibe empower whoever is playing her. This wallpaper captures the mystique of the Templar Assassin.

Shadows of the Wuxia changes the hero’s overall appearance due to the relatively large hat, but this shot of the Templar in front of a cherry blossom tree is magical. It exemplifies how refined Dota 2 is in terms of all the artwork and the in-game atmosphere.

Not all wallpapers have to be serious. While the general art style surrounding Dota 2 is what makes the game unique, the world would be a lot duller without alternative takes.

The Three Heroes loading screen features Axe, Juggernaut, and Crystal Maiden. This wallpaper’s chibi vibe doesn’t take away anything from the heroes’ core characteristics. The fact that all three of these heroes synergize well with each other may help you remember some of the sickest ganks you pulled off with your teammates.

It’s hard to dismiss Axe’s cranky face in this wallpaper. Considering both Juggernaut and Axe work great as duos when paired up with Crystal Maiden, it looks like there could be some jealousy going on here. It’s just one fan’s imagination taking off, though.

Each competitive title is destined to attract more players over the years, and Dota 2 is no exception. New players feed the Dota 2 flame to burn brighter, but decades of legacy player dedication initially fueled its flame.

Start with Riki in the middle, Tiny in the top right corner, and enjoy the game’s rich history.

Another chibi-ish entry that’s adored by many Dota 2 fans is the Let’s Race loading screen. It’s also one of the more expensive loading screens in the game, but you can’t put a price on art.

This cute wallpaper features a total of four carries, three supports, and a single semi-support. While almost all the hero combinations work exceptionally well with each other, Tidehunter and Kunkka steal the show.

Kunkka and Tidehunter are mortal enemies, and both use every opportunity to take each other down. It looks like Tidehunter’s hate for Kunkka triumphs over his desire to win the race in this case since he’s opening his mouth to take a bite out of Kunkka.

It’s hard to say who’d win this race, but Earthshaker and Juggernaut can secure first place with a well-placed fissure. Crystal Maiden and Tusk can certainly give them a run for their money, though.

Have you ever stared at a mythical structure and felt goosebumps? That’s what’s happening to Anti-Mage in this wallpaper.

You may know him as the guy who hates magic, but he has his reasons. Magic brought the end of his monastery, and he’s out to avenge it. While there aren’t any lore pieces attached to this loading screen, we’d like to imagine Anti-Mage standing in front of his fallen monastery, or at least the dream of when it stood proud.

Every Dota 2 character has a certain style that makes them special. Earthshaker is one of the most charismatic characters in the game, thanks to his deep voice. This wallpaper captures Earthshaker’s stoic side and reminds players of all he went through. He was once an immortal being that was one with the world. It took one gigantic earthquake to wake him up from his slumber, and now he walks on the earth that he was one with for centuries.

No matter how serious a game can be in terms of lore, there’s always room for cuteness. Unlike the more serious vibe Dota 2 characters have going on, most couriers look like they’d like to have nothing to do with the eternal fight between the ancients.

Duskies have a place in Crystal Maiden’s lore as they’re from Icewrack, but they’re also used as couriers. These good boys are one of the best candidates to fetch your items from the base, and your heart will break whenever you accidentally feed them to enemies.

Guardian of the Eternal Seasons

Characteristically speaking, each Dota 2 hero has something that they’re obsessed with, and you can probably tell what Nature’s Prophet’s deal is.

Sometimes you may need to remember what you’re fighting for, and in Dota 2, it’ll be your ancient. Losing the ancient means you were bested, and taking a good look at your ancient may motivate you to work harder next time to allow it to blossom in the end.

This wallpaper features a breathtaking shot of the Radiant base with the ancient and one defending tower. Even if you’re a Dire player by heart, it’s hard not to fall in love with this kind of harmony.

Every Dota 2 player dreams about going to the International. While only a handful of fans make it there as players, millions are blessed with witnessing the most epic plays of each year from the comfort of their home or the stadiums.

No matter how long ago it was, it’s still impossible to forget the epic grand final series that Alliance and Natus Vincere had in 2013. It also gave birth to one of the best International-themed wallpapers.

Using this wallpaper can be enough to motivate yourself to become better in Dota 2 or anything you set your mind to. The Monument is a great token that makes you remember all the obstacles you’ll have gone through to take down the enemy ancient and the teammates who fought by your side.