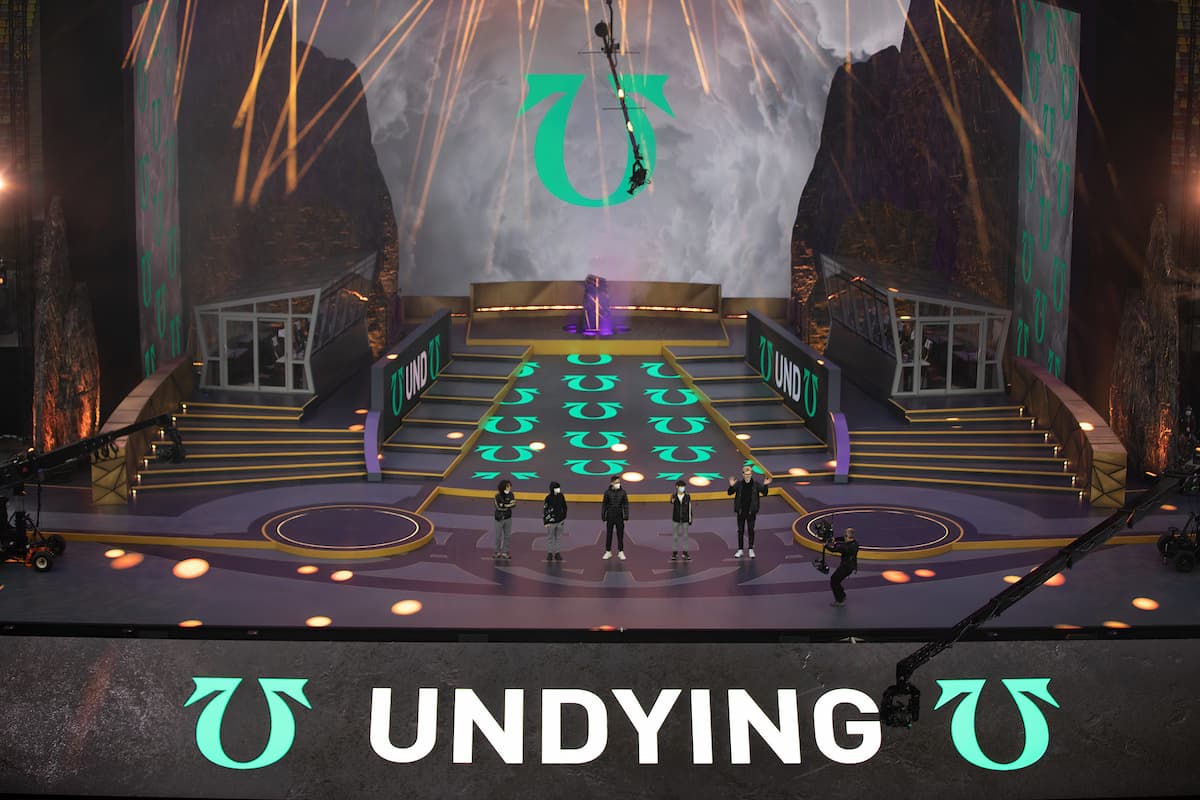 Team Undying was one of the biggest surprises of the 2021 Dota Pro Circuit, bringing together a nice mix of veteran and newer players to consistently content for one of the top spots in North America against the likes of Evil Geniuses and Quincy Crew.

Now, despite what team captain MoonMeander calls a saddening joint-13th exit at The International 10, Undying is sticking together for the upcoming DPC season—though the stack’s staff will be changing.

Unlike many teams, including their NA rivals within Quincy Crew and potentially even EG, Undying wants to run it back, believing that after a year of experiencing the new DPC format and making it to the main stage of TI, they can improve together as a unit.

“There’s nothing like being a Dota competitor, it brings the highest of highs, along with it, the lowest of lows, getting eliminated at TI,” MoonMeander said in an update. “Together with the support of my friends and family, I hope to one day achieve my dream of holding the Aegis of the Immortal at TI with my teammates. I’m proud to announce that Team Undying is not making any roster changes. If only you guys could see the bromance messages they send each other on discord. The love, respect, and kindness these guys possess, have humbled me as a captain.”

This means Enzo “Timado” O’Connor, Jonathan “Bryle” Santos De Guia, Jonáš “SabeRLight-” Volek, MoonMeander, and DuBu will continue playing together for at least another year, barring any sudden changes during the DPC season. And as their captain said, their goal is to lift the Aegis and become “the bedrock” of NA Dota.

Even though the actual roster is staying the same, Undying will be parting ways with its head coach and Southeast Asian Dota stalwart Febby, along with their manager Peter “Panders” Anders.

Febby, while only serving as the team’s coach for the duration of their TI bootcamp and the event, served an important role within the roster, bringing more experience, knowledge, and additional energy. He previously announced he was once again looking to compete for a new team and ready to relocate to any region.

Depending on how the rest of the NA DPC crowd shapes up, Undying might be arguably be the favorite heading into the next season, and at worst a top-three team in the region that will always be in contention for a Major spot.