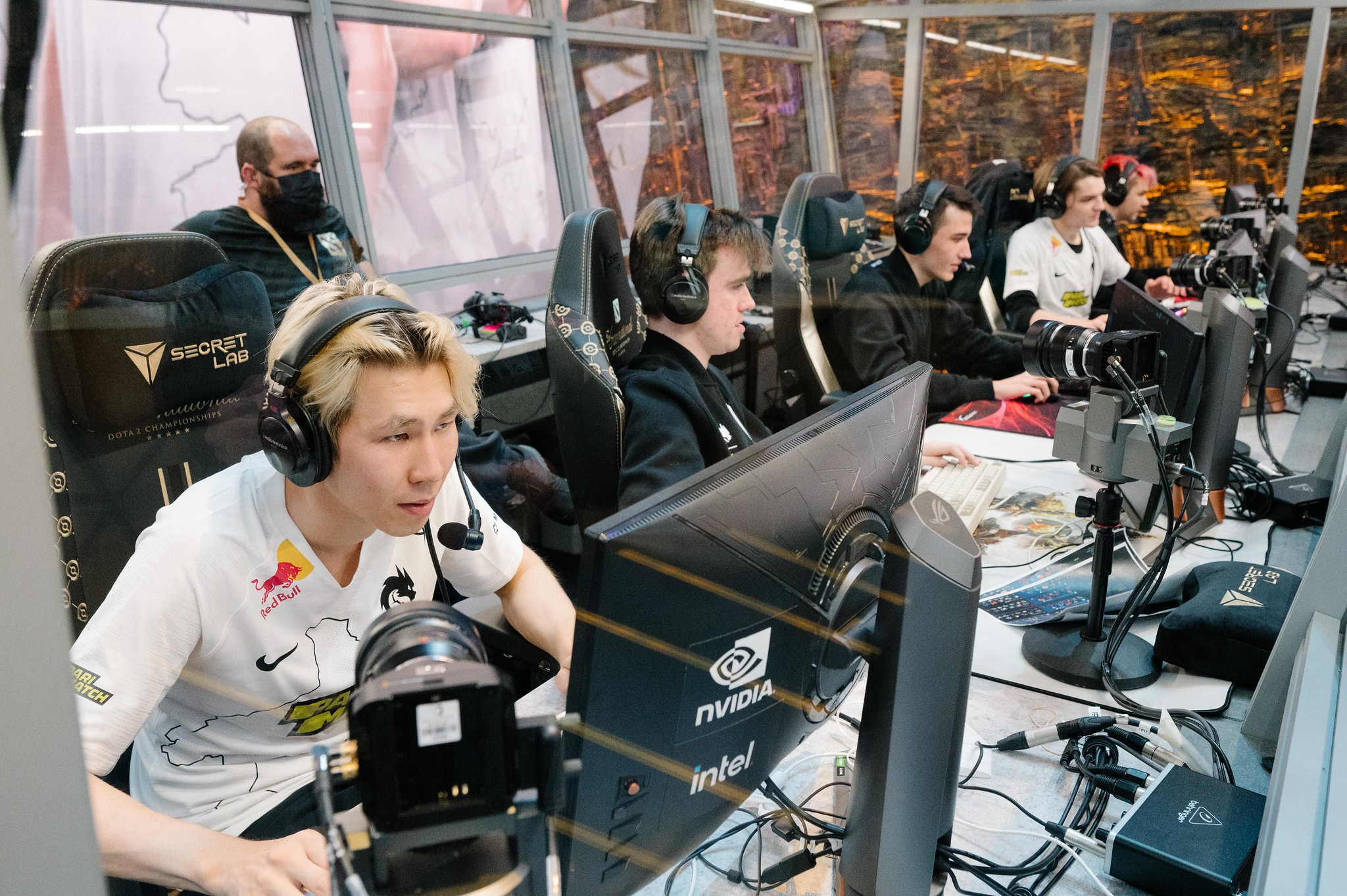 Team Spirit staved off elimination and secured a top-half finish at The International 10 in today’s clean 2-0 sweep over Fnatic.

While the teams looked even on paper, Spirit were in top form. The young Dota 2 roster showed no mercy while holding Fnatic to single-digit kills in both games.

Spirit’s off laner Magomed “Collapse” Khalilov’s stock continues to rise at TI10. In a stellar game one on his signature Mars, along with lane partner Miroslaw “Mira” Kolpakov’s Io, the 19-year-old dominated the lane with ease. He proceeded to make himself home in the Dire jungle, forcing Fnatic out of their safe space and allowing teammate Illya “Yatoro” Mulyarchuk to free farm on a monstrous Luna en route to a 25-minute victory.

While Collapse continued to shine in the second game, it was mid laner Alexander “TORONTOTOKYO” Khertek who set the tone with an early solo kill on Kunkka against his lane opponent, Ng “ChYuan” Kee Chyuan’s Void Spirit. Fnatic again found themselves on the backfoot early and they continued to be penned in by Spirit’s increasing oppressive strength cores of Kunkka, Tidehunter, and Sven. Fnatic tried to hold on to the bitter end but couldn’t secure a foothold and were forced to tap out in the 37th minute, ending their TI10 run.

Despite the setback, this is Fnatic’s best placement at TI since 2017. The Southeast Asian org was eliminated in the group stage at TI7 and lost the lower bracket best-of-one in the main event at TI8 and TI9. The team finish TI10 tied for ninth and have earned $800,400 for their efforts.

This is Spirit’s first appearance at the premier Dota 2 event and the young roster has already secured a top-half finish. The team will have another tough matchup ahead of them to progress in the tournament, either against two-time champions OG or North America’s stalwart Quincy Crew.