Secret are back in the grand finals again. 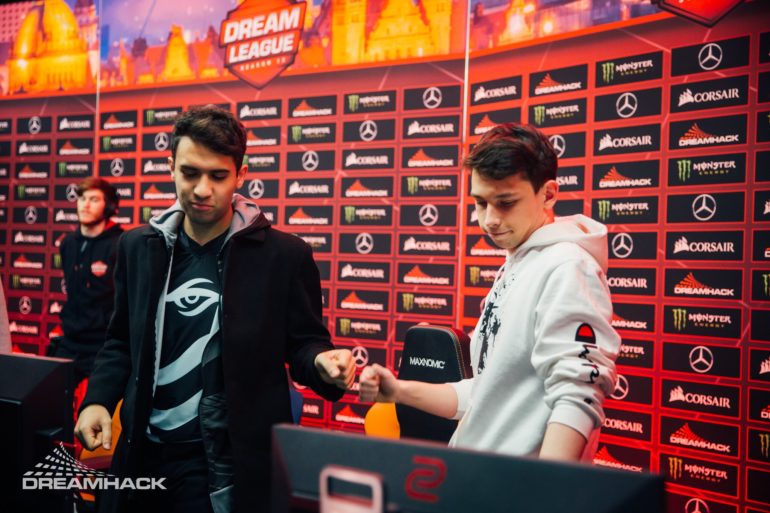 Team Secret, the gold standard of consistency in Dota 2, are now one series away from taking their first Major of the Dota 2 season after defeating Vici Gaming at the DreamLeague Season 13 today.

This series was a showdown between two teams that, together, won four of five Majors last season. Secret moved around the map with ease as Michał “Nisha” Jankowski continued to look like the best player at the event.

Game one was fairly even on both sides even though Nisha’s Arc Warden was a beast on mid and Lasse “MATUMBAMAN” Urpalainen was able to freely chase down the less mobile Vici heroes with his Monkey King. And with Clement “Puppey” Ivanov running Lich with Yazied “YapzOr” Jaradat’s Earthshaker, there wasn’t much the Chinese team could do in lanes.

With a mix of high mobility and lockdown from Secret, any approach Vici made was shut down. It didn’t help that there was very little playmaking on the side of Vici since Zhou “Yang” Haiyang was unable to do much on Abaddon.

Secret kept pushing for fights and securing kills, and by 28 minutes it was almost too late for the Chinese team to do anything since the fights all went in Secret’s favor.

The European lead kept growing as Vici tried to deal with the lane pressure and were punished for not roaming in groups. Secret were able to keep Nisha for the last 20 minutes and he rewarded his teammates by teaming with Matu to close out the game with an unstoppable push.

Vici flipped the draft and banned both the Earthshaker and Arc Warden in game two, but Secret were not scared of the Io-Gyrocopter core that their opponents focused on. Matu got a Faceless Void on the last pick to pair with Nisha’s Magnus to form a dangerous core that could easily end Vici after the 25-minute mark with the right farm.

Secret struggled early; they had a lot of problems dealing with Yang’s Timbersaw, but the Io was rendered a non-factor and Xiong “Pyw”‘ Jiahan couldn’t do anything on Rubick even when facing the Faceless Void. But that didn’t stop Vici from grabbing those early fights by bringing numbers in late.

But that was the last time Vici would get to build up a big lead. Secret came back and started piling up the kills and the team wiping their opponents to end a massive 10-minute push.

That fight made up for the messy laning phase and finally got the Magnus and Void ready to go up to the high ground. One last fight after Secret broke into Vici’s base saw only Puppey and YapzOr have to buy back as the frontliners for the EU squad crushed the competition one last time and forced GGs.

With a relatively clean sweep over a team like Vici, Secret have put themselves in a great spot as the first team to reach the grand finals of the DreamLeague Season 13 Major.