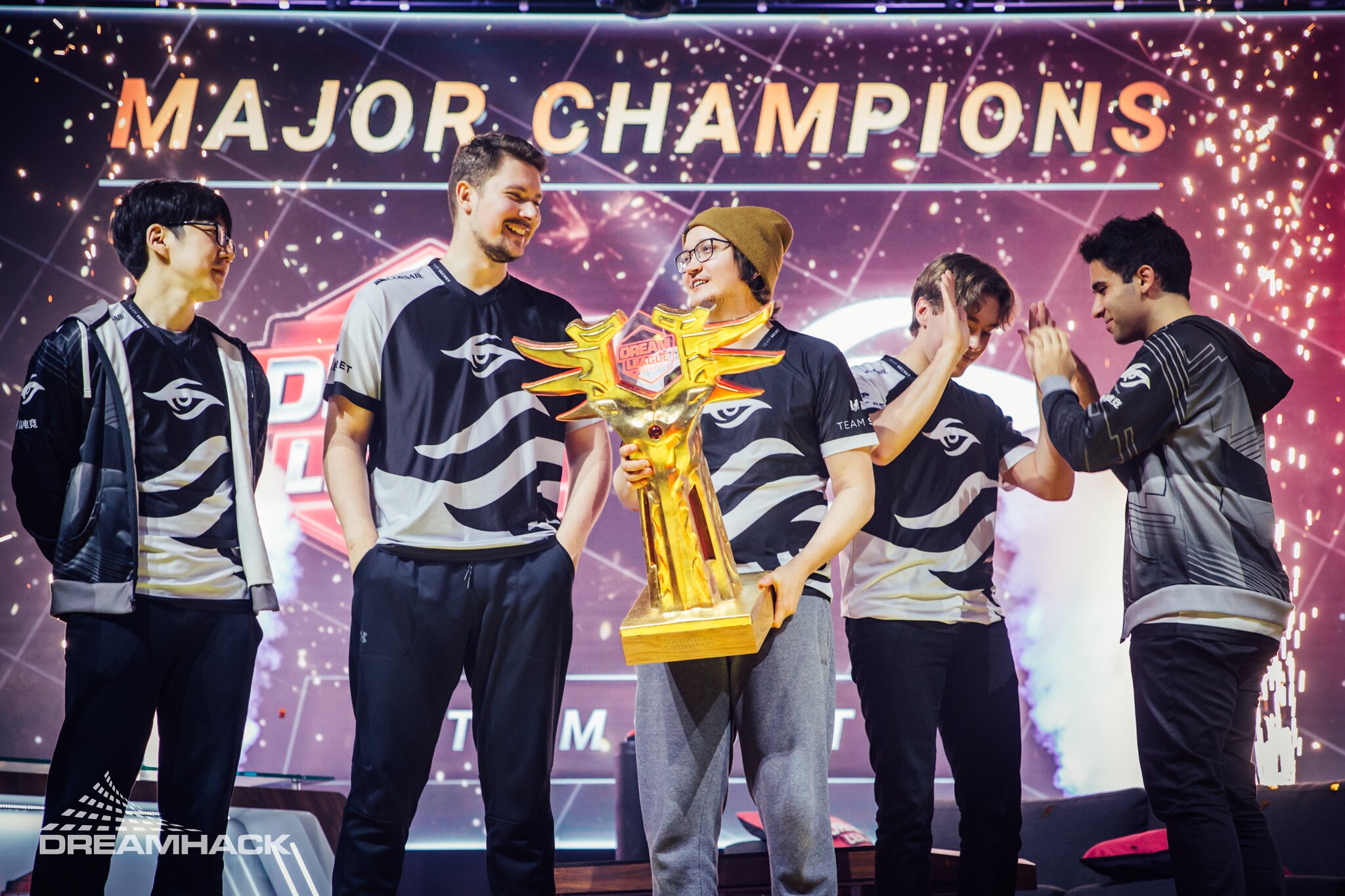 There is no stopping Clement “Puppey” Ivanov in the Dota Pro Circuit. His team, Team Secret, are crushing the competition in yet another round of closed qualifiers, this time for the ESL One Los Angeles Major.

Secret is the only team to go undefeated through the group stage, standing at an impressive 4-0 (8-0 in total games played) and having already claimed the top seed for the European region heading into the playoffs.

Based on initial seeding, Secret did have the easier bracket overall with only Nigma as a proven opponent in Group A, but it was actually Oliver “Skiter” Lepko, Ilya “Lil” Ilyuk, and the rest of the Aggressive Mode stack that gave them the most trouble. Game two of that series was one of very few where Secret was actually forced to play from behind more than once.

Overall, Secret handled business quickly and efficiently just like you would expect the reigning Major Champions to do. Even against a team like Nigma, who has given them trouble in the past, Secret blasted through the matches after hardly struggling at all to gain an advantage.

Every single player for Secret had a chance to shine in different matches, with the biggest highlights going to Puppey for his executing on his usual drafting brilliance and Lasse “MATUMBAMAN” Urpalainen for being solid in every match. There was never a time when it looked like the top EU squad was rattled, even on the rare occasion that they fell behind.

This performance only solidified their position as one of, if not the top team in the world right now alongside Vici Gaming. They still have a lot to prove, but Puppey and this roster are looking more dominant than they did last year at times.

Now that they have secured a spot in the playoffs, Secret will play the winner of Alliance and Ninjas in Pyjamas, with the winner locking in their spot for the ESL One Los Angeles Major. OG will play Aggressive Mode in the other match for the second spot, while the losers from both rounds will play for the final EU spot.