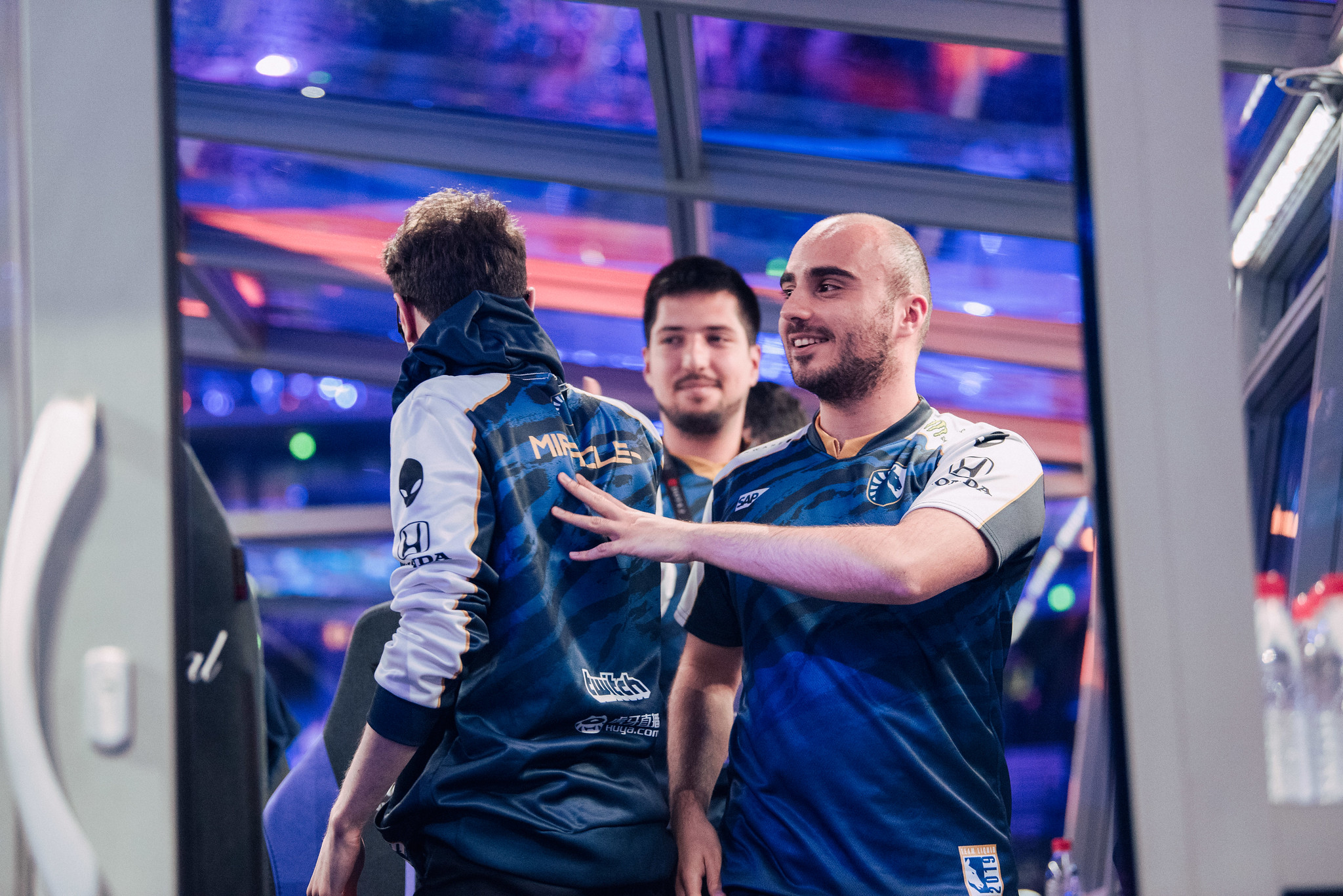 A poor performance in the group stage wasn’t enough to shake Team Liquid’s confidence at The International 2019.

The TI7 champs looked calm under the massive pressure of facing TNC Predator for a chance at moving into the top eight. Despite TNC beating Liquid 2-0 on the final day of the group stage, Liquid swiftly returned the favor today.

Game one saw Liquid get the upper hand in the draft with Kuro “KuroKy” Takhasomi taking his coveted Chen before Nico “eyyou” Barcelon could even ask his captain about it. That was a sign of things to come since TNC couldn’t find an answer for KuroKy’s Chen or Aliwi “w33” Omar’s Templar Assassin.

TNC did have an early advantage, but they fell apart during teamfights. Liquid’s Chen remained untouched and made sure his team was never in an unwinnable spot even when they did lose some players early.

Everything changed at about the 25-minute mark when Liquid made their second run into the Roshan Pit. TNC were hot on their trails and a fight broke out with Rosh nearly dead, but Liquid knew exactly what spells to cast as they secured an Aegis, more than a few kills, and several forced buybacks.

Soon after, Liquid pushed right up to TNC’s front door, won another teamfight, and destroyed everything up to the tier-four towers before backing off and preparing for the final run. In pursuit, w33 was quick to get one more pick off. which set his team up for another push where they team wiped TNC and forced them to concede.

The second game was longer, but it was clear from about the 20-minute mark that TNC were going to have their work cut out for them if they wanted to force a third match.

Once more, TNC couldn’t touch one of Liquid’s players. This time, it was Amer “Miracle-” Al-Barkawi who spent a majority of the game roaming the map as he pleased while farming up on Anti-Mage. TNC had an extremely-bulky build ready to try and outlast Liquid into the end game, but their damage output combined with Miracle depleting their mana made things tough.

Although the kill count was always close and leaned in TNC’s favor until the final minutes, Liquid had control of the map for most of the game. Once they secured a Roshan push to snag Cheese and an Aegis, TNC were finished.

Miracle flashed between TNC’s heroes, forcing them to use their mana or risk being distracted until other Liquid players could come and help clean up the kill. And while others were kept away, w33 was busy pushing lanes on his own.

Maroun “GH” Merhej helped seal the deal with his excellent Rubick play, keeping up the pressure and ensuring dangerous spells like Ravage were going to work in his team’s favor rather than TNC’s. One last push was all it took after applying that pressure.

Going up the middle, w33 baited TNC to commit to a fight and bought back after he was killed. That overcommitment put Kim “Gabbi” Villafuerte in a terrible spot that ensured his death with no buyback. From there, Liquid picked off TNC until their top-eight spot was secured.

This was another impressive win from Liquid, who continue to look much better than they did earlier at TI9. They’ll play Royal Never Give Up to see who will continue to move along in the lower bracket in a quest for the Aegis of Champions.

TNC have been eliminated in 12th place alongside Virtus Pro, making a marked improvement over last year’s performance and capping off a messy 2018-19 season on a relatively high note. Mineski are now the only remaining Southeast Asian representative in the tournament.