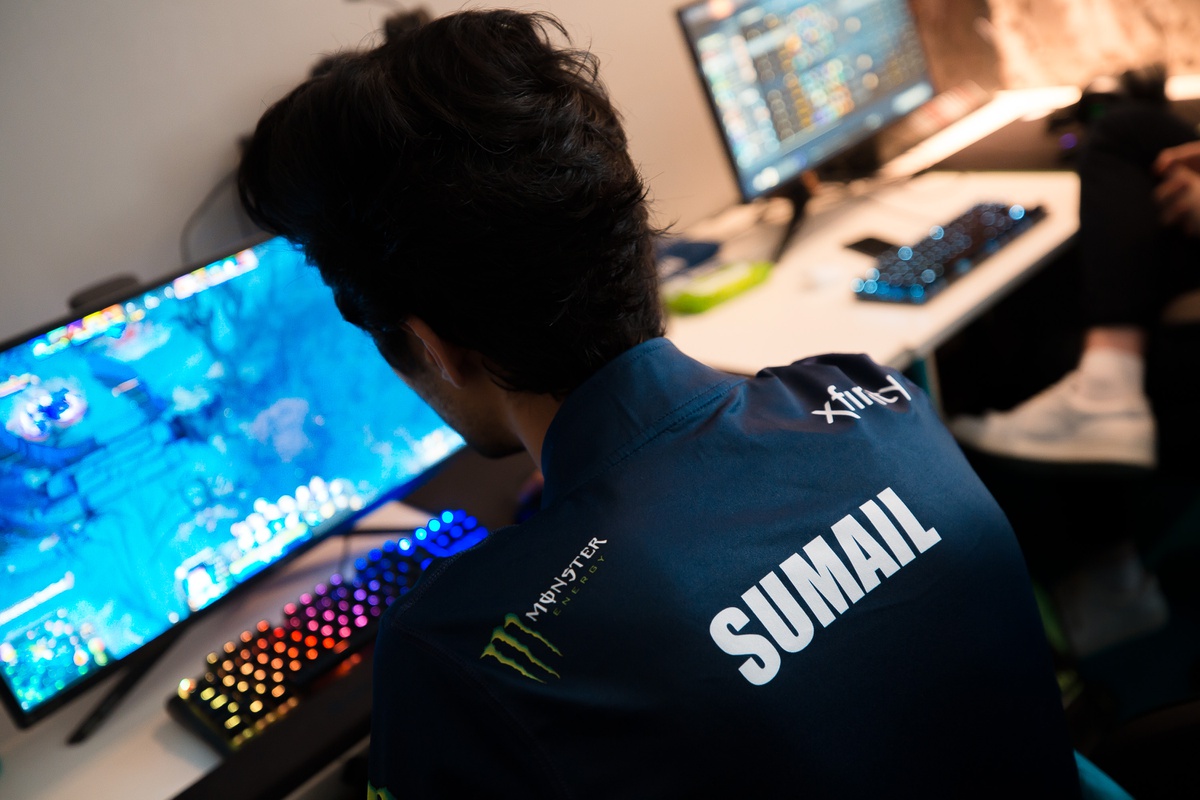 The first appearance of Liquid SumaiL vs. Brame in the 2021 Dota Pro Circuit Europe upper division today wasn’t exactly smooth sailing. But a phenomenal game three performance on Puck to secure a 2-1 win for his new team showed that the King remains a force to be reckoned with.

As an emergency stand-in for Boxi, who left the team for personal reasons, SumaiL slotted straight into position two while regular mid laner qojqva moved to the off lane for the series. SumaiL enjoyed his pick of signature heroes, playing Leshrac in games one and two and Puck in the final game of the series.

SumaiL dominated his lane in a relatively quiet game one, but the win was mostly spearheaded by miCKe and qojqva’s classic Phantom Assassin and Magnus combo.

The second game put SumaiL in the hot seat, however, as Liquid’s top lane was run into the ground in a disastrous fashion. The 22-year-old was able to secure some key kills and skirmishes in the early stages but couldn’t maintain his momentum throughout against Irakli “W1sh-” Peranidze’s fearsome Templar Assassin and Kharis “SkyLark” Zafeiriou’s Centaur Warrunner. Even so, Liquid threatened to turn the game around on several occasions, and being on the back foot allowed them to show off their vaunted teamfighting skills—with SumaiL not looking out of place. But Brame came away with the victory.

It was game three where SumaiL really got into his element, leading the charge on a hyperactive Puck with constant backup from the roaming Taiga on his iconic Earth Spirit.

SumaiL’s constant aggression and immaculate execution forced the entirety of Brame into an ever-shrinking enclosure on the map, allowing his team to stake new territory with every battle. Liquid’s warmed-up mid laner capped off the series win with a flawless performance, ending the game with 15 kills and zero deaths.

“[SumaiL’s] been phenomenal,” said William “Blitz” Lee, Liquid’s coach, in the post-series interview. “Honestly, I’m really surprised if he doesn’t get another opportunity on a top-tier team.”

Blitz continued to praise SumaiL’s professionalism but also said that Boxi’s return at any time would be welcome. Liquid’s coach said there was “no timetable” for Boxi’s comeback to the lineup, though.

Liquid are now 2-1 in the league. Their next matchup will be against another team promoted from the lower division, Hellbear Smashers, on May 1 at 11am CT.