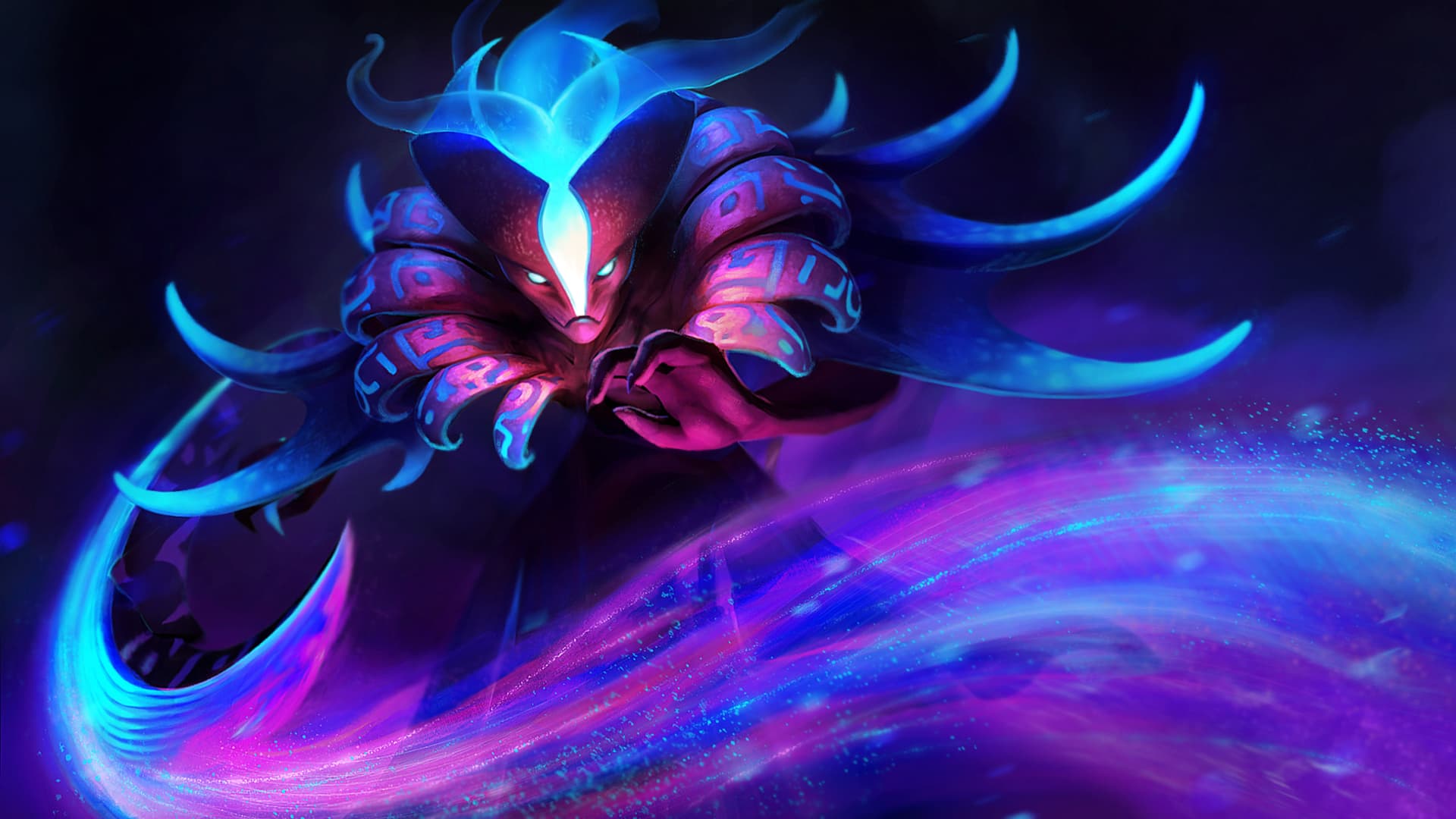 Just an hour after The International 10 Battle Pass finally wrapped up, Valve has named Spectre as this year’s Arcana Vote winner.

In a battle between two of the purplest heroes in the Dota 2, the being of intense and violent energy has found herself victorious in her clash against Faceless Void.

In a final tally of 27,475,258 votes to 24,948,538, Spectre closed out a dominant run through the Arcana Vote bracket with a sizable victory in the finals. Valve is now preparing to create the an Arcana “befitting Mercurial, the Spectre.”

“How will she haunt her quarry?” Valve said. “In what manner can her refraction erode her enemies? When taking aim with her Spectral Dagger, what deadly color will she glow? Yes, purple, obviously, but what SHADE of purple? Sit tight, lavender lovers, plum buffs, and violet voters. With time all (or maybe some) of these questions will be answered.”

There is no set date for when the new Arcana will drop, but for now, Spectre fans can just be happy knowing that she will finally get that elusive set.

In that same post, Valve also confirmed Dota Plus would be getting some new content next week. An update for Guilds, a new Dota Plus Season, and a new MMR reset mechanism will all be added soon, though specifics were not given.