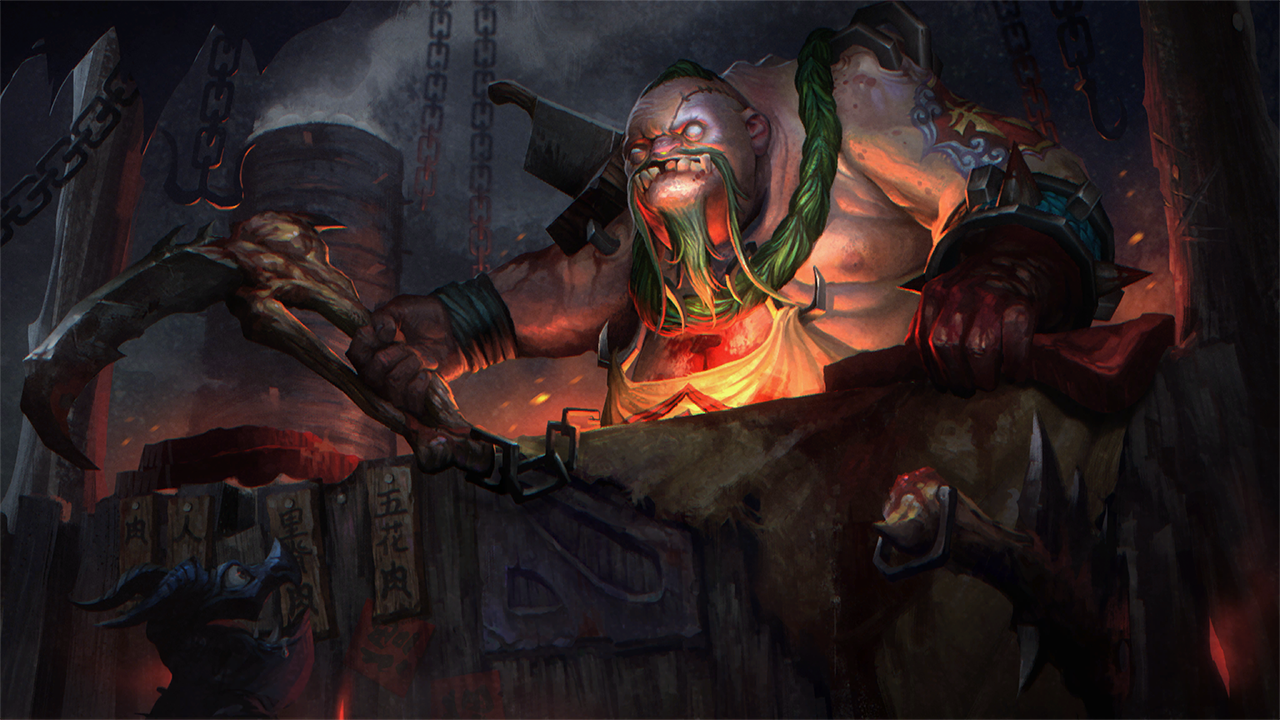 As is tradition with the Dota 2 International Battle Pass, Valve included a tournament that pitted a large selection of heroes against each other in several rounds of community polls.

Battle Pass owners were given the privilege of voting for which hero would next receive an Arcana—a special cosmetic of the highest classification, typically built with a myriad of eye-catching special effects.

This year, it’s the Butcher’s turn. After a heated battle that came down to the thinnest of wires, Valve announced yesterday on the TI7 stream that Pudge managed to defeat Rubick the Grand Magus by a microscopic margin — 0.008 percent, to be exact.

Out of more than 57.5 million votes, the portly abomination edged out the masked wizard by just 8,711 votes. Considering that Pudge is the most popular hero in the game, the fact that Rubick put up this much of a fight is almost astounding.

Pudge’s historical popularity can be attributed to his skillshot-heavy design, which can be appealing to pub players that want to show their ability to anticipate enemy movement with Meat Hook. This would explain his victory in the competition, as cosmetics are aimed towards would-be buyers who primarily play public matchmaking.

However, this would also explain why Rubick came so close to winning in the first place. As if to defeat the “Pudge menace”, members of the community banded together to vote for Rubick in hopes that pub games would not get flooded with Pudge Arcana owners who are either toxic to their teammates or simply never land any hooks.

Regardless, Pudge is now officially next in line for the next Arcana. But considering how long it normally takes Valve to release Arcana items, it could be at least a year until it arrives on the Dota 2 store.