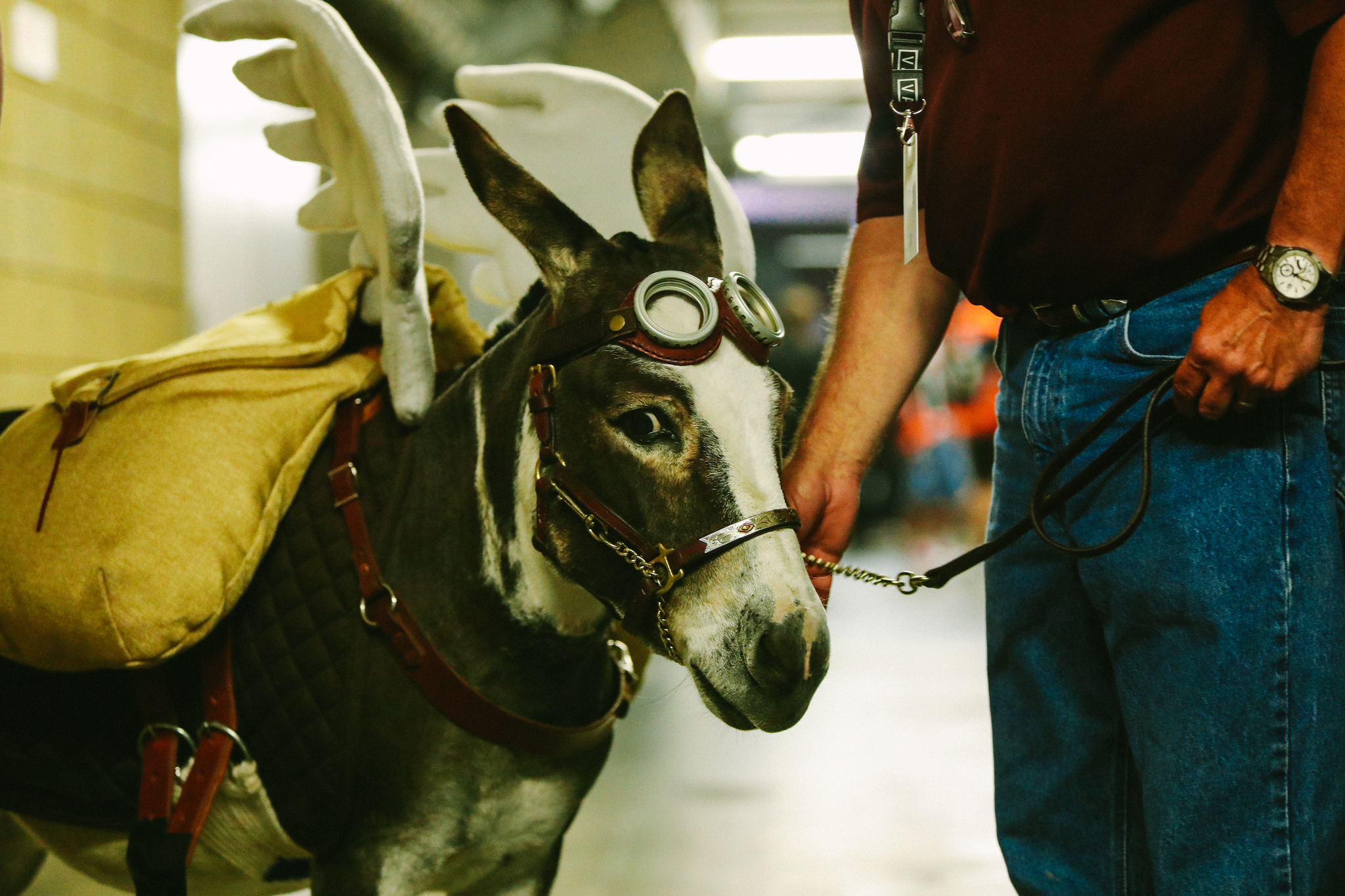 Live animals, time travel, and bearded women aren’t really things that one would expect out of an esports event. But then again, The International isn’t just any esports event.

The stage hosts of The International 7, Kaci Atchison and Jake “SirActionSlacks” Kanner, opened the event by starring in a short introductory video, which also featured a cameo by Valve CEO Gabe Newell, where they found themselves trapped within the game itself.

Once they returned to our mortal realm, the two entered the stage at Key Arena dressed up as the Dota 2 heroes Omniknight and Crystal Maiden— between the cross-dressing hosts was a live donkey, donned with pilot goggles and miniature wings in order to resemble a courier. Welcome to The International.

Concocted by several of the attending panelists and commentators, the content shown in-between games on the opening day of The International 7 playoffs played off memes created by the community and in-jokes between various personalities. Even members of the analyst desk were subject to interesting situations, including time travel and a Scorsese-esque interrogation in a dimly lit room.

For Dota 2 enthusiasts, this isn’t necessarily what they’ve come to expect when tuning into a live event. For fans of SirActionSlacks, however, outrageous acts and bizarre comedy are simply par for the course. Having had more than enough time at perfecting his, sometimes, completely off-the-wall brand of comedy at events like DreamLeague, and seeing his antics on the biggest stage competitive Dota 2 has to offer is both unsettling, yet incredibly entertaining.

The bar is already set pretty high in terms of weirdness. Let’s see if the coming days will surpass it.