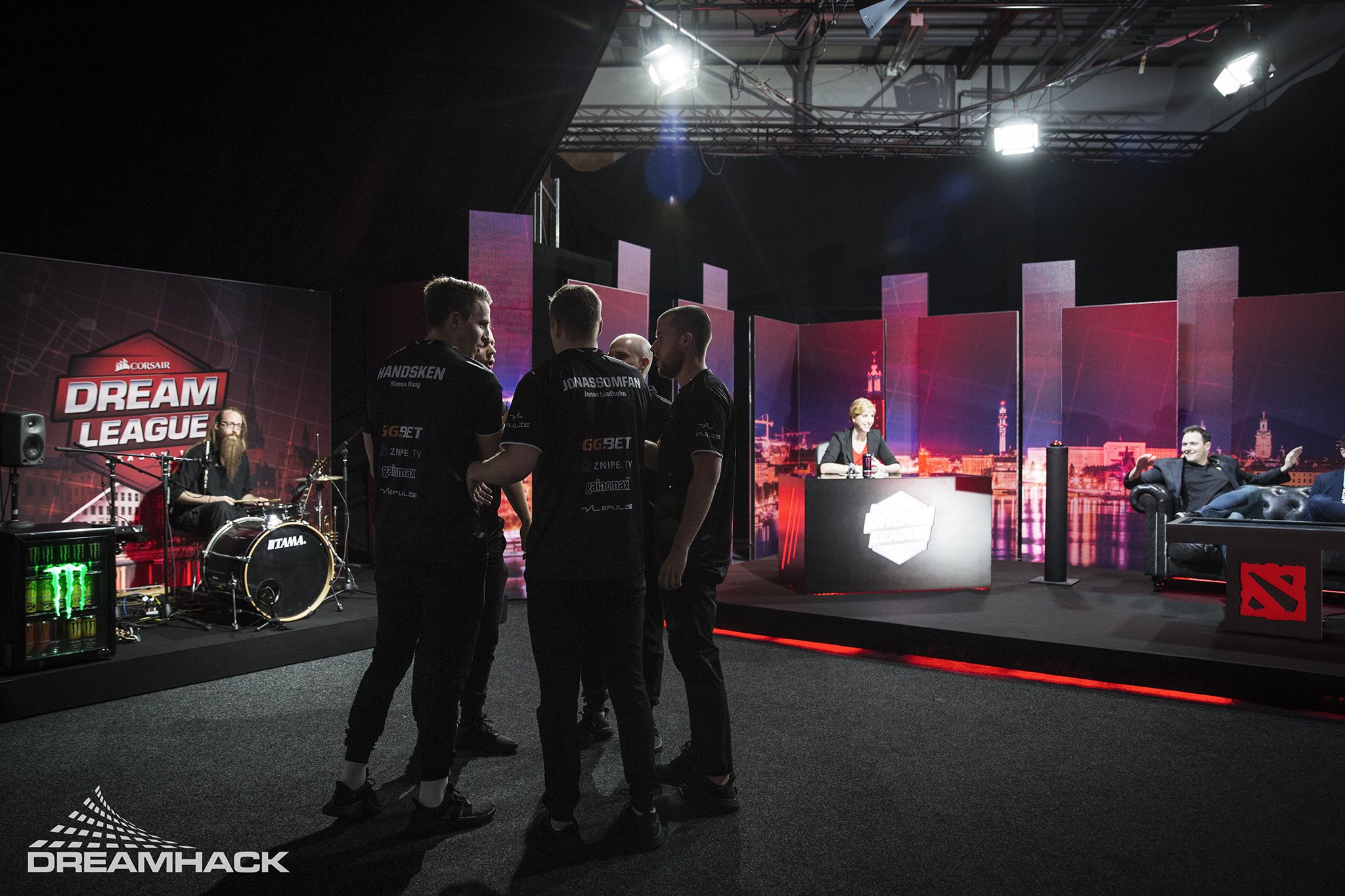 After three days setting up the bracket, DreamLeague Season 10 started playoff matches that saw the first two teams eliminated from the tournament.

It started out with the elimination of the struggling ROOONS at the hands of Infamous.

Game one was never really in question as Infamous held a hefty lead and consistently countered any offense ROOONS tried to throw out. The match lasted just over 30 minutes and forced ROOONS into a corner.

It looked like the North American squad bounced back from their poor starting performance in game two as they won several brawls and positioned themselves nicely to tie the series up. That is until a turnaround offensive from Infamous caught ROOONS sleeping.

What ended up being the deciding match lasted 46 minutes and – though ROOONS nearly halted the comeback – saw Infamous pulling away. ROOONS would be the first of two teams knocked out of DreamLeague today after the 2-0 sweep while Infamous moved onto the next round.

The second series was one of the most anticipated of the day as Vega Squadron took on The Final Tribe. And it did not disappoint.

Tribe came out blazing, racking up 29 kills compared to Vega’s mere four and dominated every other aspect on their way to a powerful statement win in game one.

Vega looked disjointed for most of that beatdown, so when game two started, most viewers expected the Swedish team to finish the second sweep of the day. But that outcome wasn’t in the cards.

The newly signed squad found their groove just in time to avoid being eliminated in the second match. With a combination of great early teamplay and late game execution they evened the series up 1-1 after 53 minutes.

After evening up with their first win of the entire event, Vega shocked the arena and viewers everywhere by completing a repeat performance. The third game was actually more dominant for Vega.

Tribe put up a good fight early and kept themselves in the competition for most of the match, but after losing a key team brawl and being shut down in several individual conflicts they just couldn’t make up the lost ground. Vega ended up cleaning the series up in 56 minutes to cap the reverse sweep – eliminating Tribe and moving to the second round.

With the elimination matches out of the way the tournament moved into the first round of upper bracket to see compLexity Gaming faceoff with Royal Never Give Up.

Royal fell behind early in the opening game of the series and couldn’t catch back up as compLexity ripped through their defenses and dominated most of the team fights in the match. The North American juggernaut had 37 kills and an advantage in every other category in their victory.

Before the next match could begin, issues occurred with a player from compLexity typing inappropriate things in the in-game chat. Those actions were met almost immediately with a statement from the organization – in a statement on Twitter condoning those actions and promising severe punishment.

That  interruption might have been enough to stoke a fire inside Royal as they again started a comeback. It wasn’t as dominant as compLexity’s first game – they only had 33 kills and didn’t hold insurmountable resource advantages – but it was enough to even things up.

With both teams now fighting to stay alive in the upper bracket, it all came down to the last game. A game in which compLexity looked completely outmatched.

30 minutes, 41 kills, and several impressive displays of coordination later – Royal began celebrating as they moved on to the Upper Bracket Finals. compLexity meanwhile dropped into the lower bracket to face Infamous.

The final series had Tigers playing Natus Vincere for the final spot in Upper Bracket Finals.

Game one went to Tigers after an intense 45 minute match. Na’Vi kept the match close, but the Chinese team continued their excellent late game play as they locked up the win.

The second match was looking all Tigers until around the 30 minute mark. Around then Na’Vi seemed to flip a switch and took control. The 44 minute battle ended with Na’Vi tying the series up 1-1 behind some stellar confrontations.

The decisive game was supposed to be the most competitive yet, but instead it saw the Na’Vi that dominated the end of the last game replaced with the team from game one. They fell back into what didn’t work the first time around and Tigers capitalized on it.

Battles turned into Tigers preying on the weaker members of Na’Vi and then cleaning up the remaining threats – not leaving an opportunity for Na’Vi to counterattack. 26 kills in 28 minutes speaks for itself in this situation.

Na’Vi dropped to the lower bracket while Tigers continue their high-level play and move into the Upper Bracket Finals against Royal.