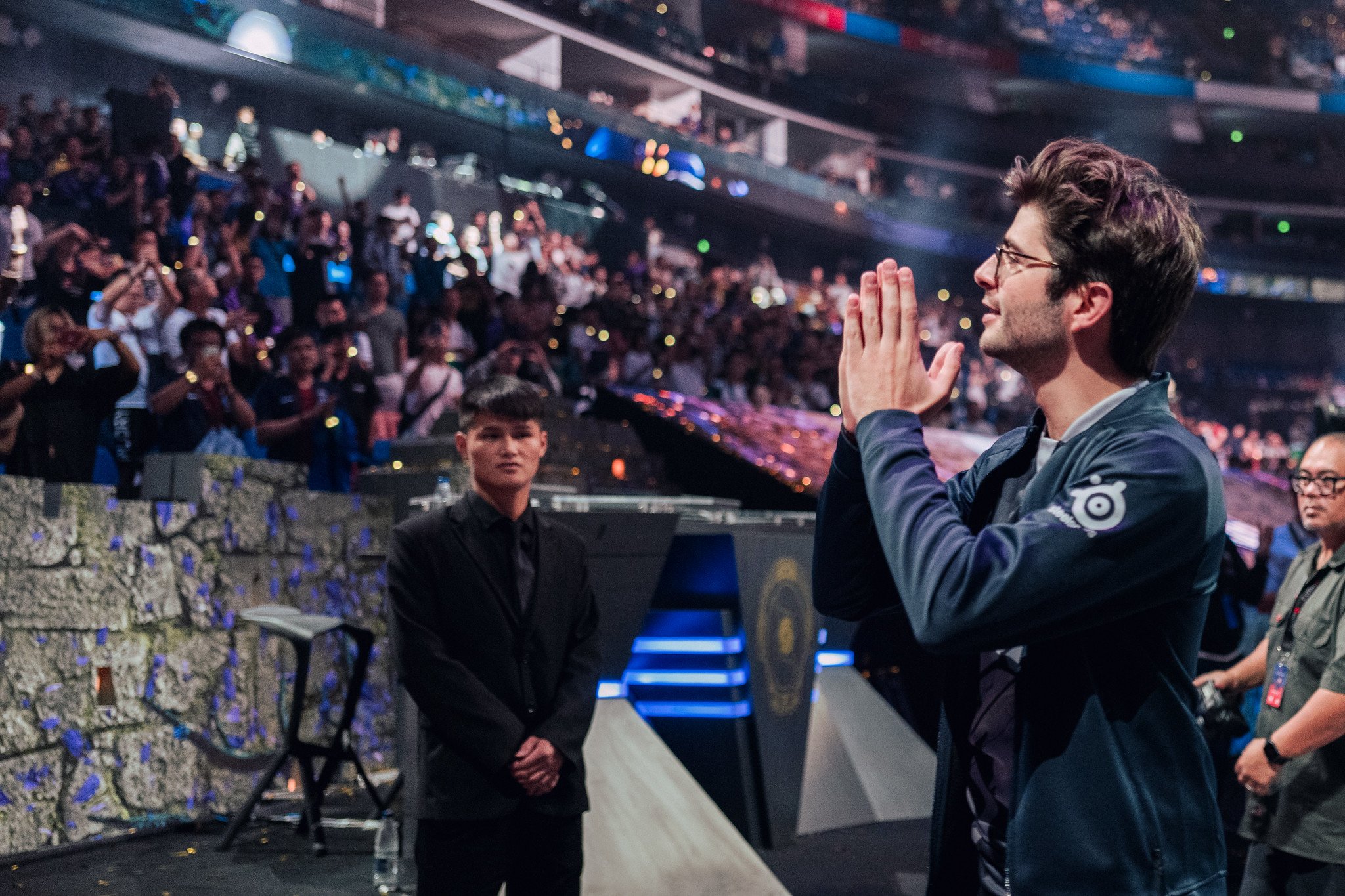 Sébastien “Ceb” Debs is one of the best Dota 2 players in the world. And after helping OG become the first two-time International champions earlier this year, he was made the November cover athlete for French sports magazine L’Équipe.

His successes on the biggest stage in Dota mean a lot for his home country because he’s the only French player to win an International. Putting him in front of the L’Équipe readers is a great way to show that gaming is a viable way to make a living and that there’s a person from France doing it better than anyone else.

The image that graces the cover of this month’s issue has Ceb appearing alongside his mother, Corine Debs, with the caption “Help, my son is a gamer!” This sets the stage for an interview with one of the biggest personalities in esports.

Beyond the obvious jab at gamer culture and what most parents think of their children spending so much time playing games like Dota, the article goes into how Ceb began his career in esports and how his family’s views on it changed. In the headline on L’Équipe’s website, Ceb’s mother describes the basic swap that’s taken place since he started playing competitive Dota.

“In the family, we stopped saying Sébastien plays,” Debs said. “Instead, we say he works.”

OG’s captain, Johan “N0tail” Sundstein, has made it clear that Ceb is the heartbeat of their team, and without him stepping in after the roster fell apart prior to TI8, they probably wouldn’t have been able to pull off a win. And Ceb’s own comments about how close the team has become over the years put that bond with each other and the game into perspective.

“We all have a very deep understanding of the game and we want to protect the connection we all have with it,” Ceb said in an interview with Red Bull. “It doesn’t really take any special courage, as far as we are concerned. It’s our way to play and enjoy Dota, so we just make it happen, especially when the stakes are high. If there’s one thing we learned when we won TI8, it’s the right to play Dota the way we enjoy it. That’s what we did at TI9.”

The L’Équipe article focuses on Ceb’s family and how they came to accept his profession. One of the descriptions says that the story is to show how a family can help each other and “the extraordinary life of an esports champion.”

OG are going to miss at least the first and probably the second Major of the 2019-20 Dota 2 season due to both Anathan “ana” Pham and Topias “Topson” Taavitsainen deciding to take an extended vacation from the competitive scene. It’s unknown when the champions will make their debut, but when they do, the real question will be if the same team can pull off a third-straight International win.