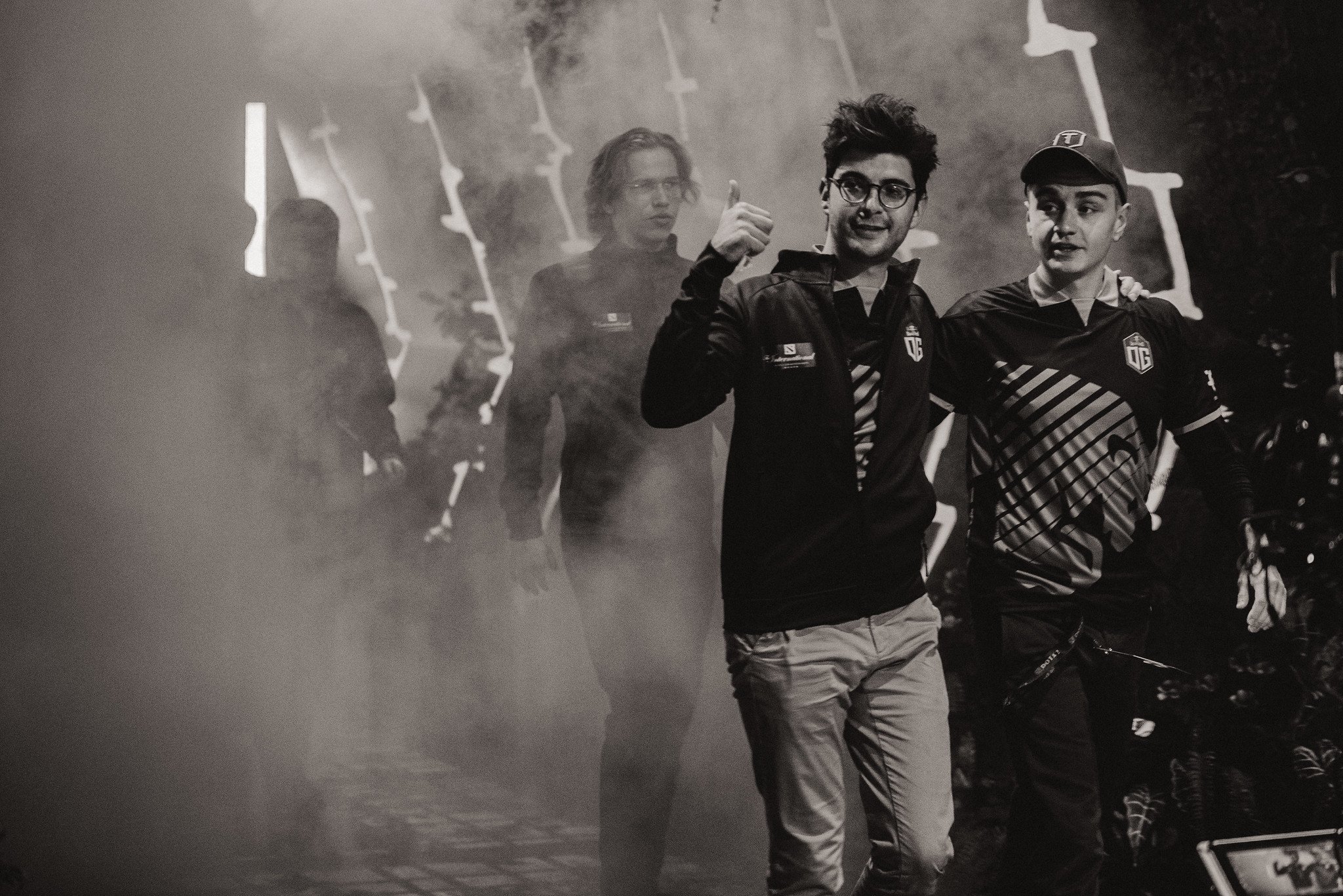 OG have been a dominant force throughout their run at The International 2019, but when they collided with Evil Geniuses today, it almost looked like the rivalry was going to swing the other way.

EG dominated early, but thanks in large part to the unpredictable and perfectly-timed rotations of Topias “Topson” Taavitsainen, OG managed to make a lighting quick reversal and win the series 2-1.

It was all EG from start to finish in game one. Topson was shut out on Invoker and OG couldn’t score a kill on either of EG’s cores. Artour “Arteezy” Babaev and Syed “SumaiL” Hassan both went deathless and had identical 9/0/10 KDAs.

Without their Earthshaker for a majority of fights, OG were limited in what combinations they could use to approach EG. Outside of Anathan “ana” Pham’s Blink Dagger on Phantom Assasin, EG shut down many teamfights early due to superior positioning.

EG were up more than 15,000 in gold and 21-8 in kills, putting together a stunning attack around 30 minutes into the game. Forcing buybacks on ana, Sébastien “Ceb” Debs, and Johan “N0tail” Sundstein, EG were primed to finish things off.

This was the first time all tournament that the reigning champs looked completely outmatched, and a lot was riding on game two. OG had a much stronger draft the second time around, putting Topson on Tiny and Ceb on Enchantress—two comfort picks that usually work well for them. But SumaiL was running a Gyrocopter and Arteezy got his hands on a Terrorblade, which both led to EG getting off to another strong start.

The early offensive power of EG put OG on notice SumaiL secured several kills and the Europeans needed to play a zone-heavy game to try and find openings. And as the game went on, N0tail’s Oracle was able to support his core’s growing farm and both Topson and JerAx on Earthshaker began to take control.

JerAx stepped up to another level, tossing EG’s players around like they were nothing to help set up kills for both Topson and ana. In combination with Faceless Void hitting all of the Chronospheres OG needed, they were able to secure a big triple kill because EG were lacking saves.

One more Chrono from ana nailed three of EG’s players again, allowing him to dive deep into the high grounds and secure three kills. The match was called, setting up a third game for all the marbles.

Although game three looked like it was an even affair for the first 15 minutes, the series-clinching match was basically decided during the draft.

OG had a plan going in, but putting N0tail on a position five Rubick looked extremely odd after they picked up a last call Sand King. Ana was on Juggernaut and Ceb got another game on Enchantress, however.

Meanwhile, EG made the call to get Arteezy on Anti-Mage. That alone was enough to throw some alarms up considering he’d most likely be facing down a Juggernaut early. That matchup, along with the combination of Ceb tossing javelins everywhere and JerAx stunning everyone on Sand King, had OG heading toward a quick turnaround.

And that’s exactly what ended up happening. Ana managed to farm up everything he needed in the early game thanks to Topson’s spacing. At 15 minutes, it seemed to be anyone’s game. But then you blinked and ana’s net worth spiked enough to have a pre-20-minute Battlefury to use as he wished.

A hard push into the high grounds soon had mega creeps inbound and there was nothing EG could do. With no defenses, OG dove onto EG’s heroes, cleaning them out and then going deep toward the fountain as the Ancient was pummeled.

This 2-1 victory puts another bookmark into the growing rivalry between these two teams. EG have been knocked into the lower bracket and will await the winner of Team Liquid vs. Royal Never Give Up.

Meanwhile, OG will get to celebrate another big win and start preparing for a repeat of the TI8 winners finals matchup against PSG.LGD. The winner of that game will become the favorite to take home the Aegis of Champions at The International 2019.