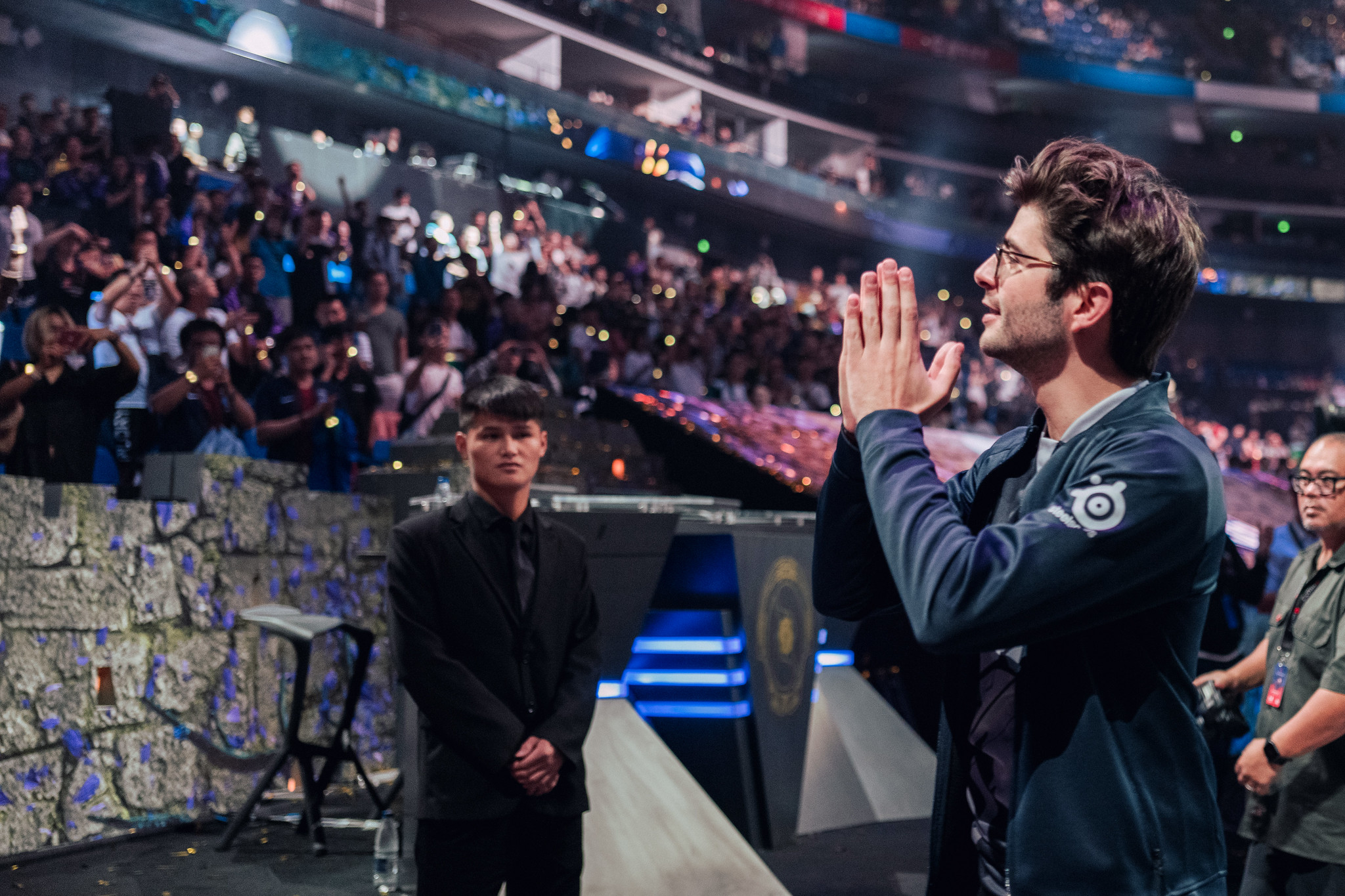 OG came out on top against Alliance today in a top-of-the-table matchup between the first and second teams in Group A of the OGA Dota PIT Online.

The two teams clashed in the WePlay! Pushka League three weeks ago, where Alliance won after an intense three-game series. This time around, the two-time The International champions put on a clinic, winning 2-0 and firmly cementing their position at the top of the group.

The first game saw OG focus their efforts on a pushing strategy, with SumaiL returning to his signature Leshrac. The team picked up Enigma as well, in spite of the bevy of counters like Rubick and Beastmaster on Alliance’s side, who ended their own draft with another key disruptor in Silencer.

OG executed their signature blitzkrieg playstyle brilliantly, constantly running at Alliance and never giving them space. The two teams traded kills evenly. But while OG’s constant aggression and pushing prowess meant that they were always on the opponent’s side of the map and took down structures, Alliance could never mount their own offensive. It wasn’t helped by their own draft with a mid Silencer and carry Slark, which was severely lacking in building damage.

Alliance lost structures, but they held their high ground spiritedly. It looked like there was a glimmer of hope when they took Roshan despite being down one lane of barracks, but Ceb’s exceeding patience in holding Black Hole paid off in spades. Alliance quickly lost the small advantage they had managed to sneak past OG and were quickly overwhelmed afterward.

The second game was a far more one-sided affair in favor of OG. OG went for strong teamfight with small, secondary combos like Grimstroke, Beastmaster, and Magnus. OG were fast and furious yet again. They were backed by heavy physical damage upgrades from Beastmaster and Magnus and swiftly converted their teamfight wins into towers.

While MidOne died when he was farming neutrals, even expending Reverse Polarity in the process, he still managed to showcase some wonderful spellcasting throughout the game. OG’s offlaner is still playing from Malaysia at a massive ping disadvantage and is temporarily playing mid, but it certainly bodes well for OG that the Southeast Asian superstar remains exceedingly capable at landing skillshots with heroes like Void Spirit and Magnus.