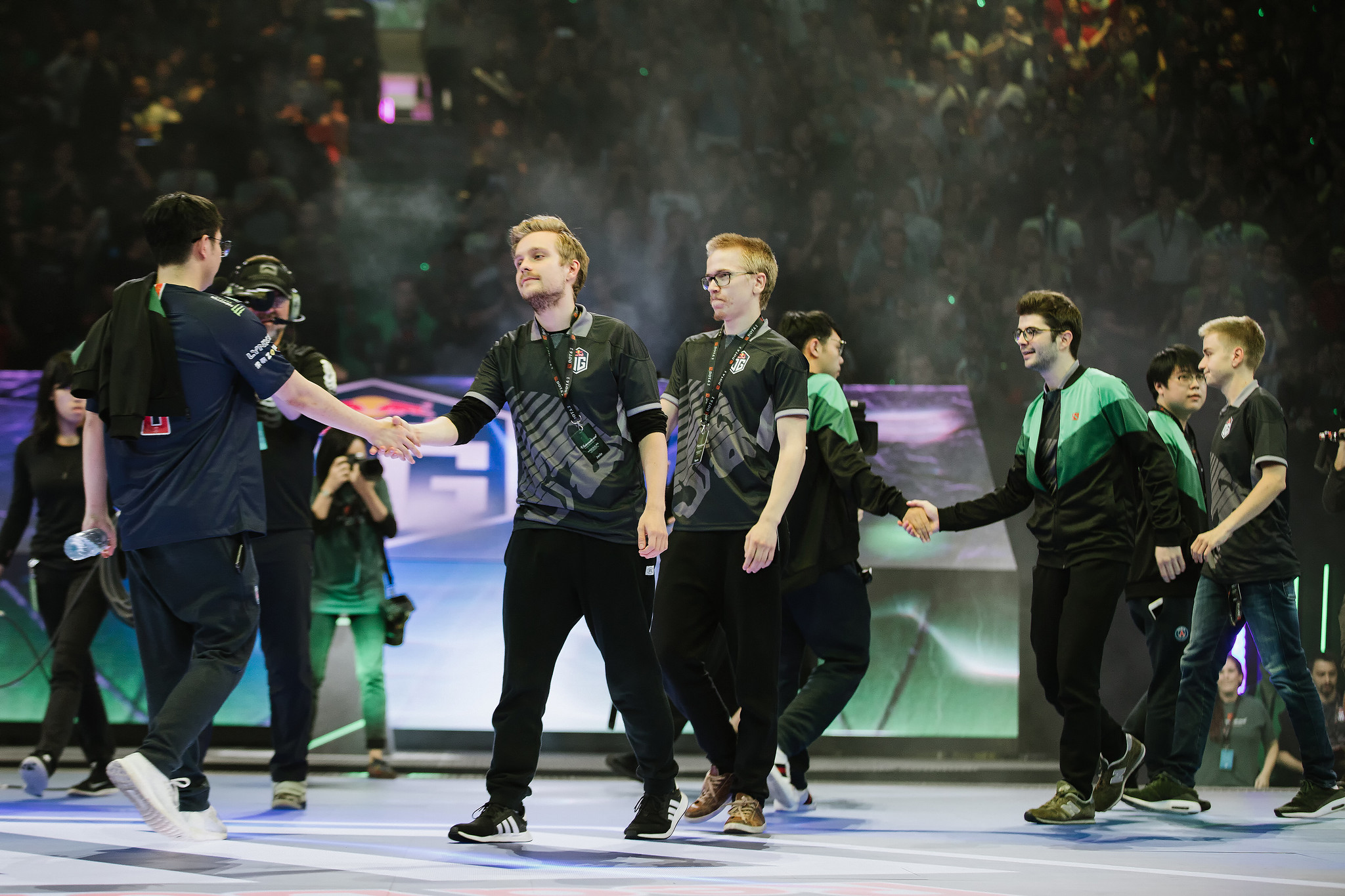 The International 2019 has been a hotbed for storylines in the Dota 2 community. From Ogre Magi winning the Arcana Vote to Infamous becoming the first South American team to place top eight a TI, fans have had a lot to cheer about.

But now, the upper bracket has reached its finale and the excitement around the TI8 upper bracket finals rematch between OG and PSG.LGD has peaked.

In an almost identical fashion to how they reached the top three last year, OG had to dispatch rivals Evil Geniuses in an intense series that nearly saw the Europeans suffer their biggest loss of the event. Battles between former teammates Tal “Fly” Aizik and Johan “N0tail” Sundstein always get the community pumped up.

Based on the staredown between the captains at the start of the game, viewers knew this clash was going to be an intense exchange. EG absolutely dominated the first game, forcing OG to bounce back and pull out all the cards in game two.

For the second-straight year, EG and OG had to decide who was making it into the top three through the winners side in a close game three that saw Anathan “ana” Pham pull his team ahead on Juggernaut. So once more, OG have made it into the upper bracket finals to face LGD after beating EG.

Meanwhile, for LGD, they were in a different position to last year, facing Vici Gaming, who play a very similar style to their own. Instead of contending with Team Liquid’s measured play and balanced use of heroes, LGD had a much tougher time shutting down Vici.

Even though it looked like a tough fight, LGD proved that they’re the best team in China, dismantling their opponents in two consecutive games. Vici just couldn’t approach LGD without taking heavy casualties, which saw them fall apart in late-game situations.

Now, the two teams that have played their best Dota of the year at TI9 will battle it out to see who will have the best chance at taking home the Aegis of Champions.

Both LGD and OG had mixed results during the Dota Pro Circuit. LGD managed to finish as high as fourth twice, but could never break into the top three, ending the year in sixth place compared to last year’s third place.

OG didn’t even start to compete in DPC events until January and never really caught fire during the regular season. They outplaced their ranking from 2017, improving from 14th to 10th.

LGD ended up overtaking Team Secret in the final days of the group stage, claiming the top seed with a 2-0 victory over the normally-dominant European team on day three. OG finished the opening round with the best overall record at 14-2, taking Group B’s top seed over EG and VIci.

This is the first time in the history of The International that the same teams have faced each other in the upper bracket finals two years in a row. And if EG somehow manage to make it into the top three, that would be the first time the top three seeds are repeated, too.

LGD have been in this position many times before, dating back to their TI2 showdown with Natus Vincere where they failed to stop the dominant force of Na’Vi from knocking them into the lower bracket. They’re gunning for their first TI win after competing at the highest level of Dota for nearly a decade.

Meanwhile, OG are looking to become the first team to win multiple Internationals and go back-to-back. Their TI8 victory was a massive underdog story, but this year, they have a chance to go out as one of the most dominant teams of all time.

What could end up being the most exciting and important series of The International 2019 begins at 12:40am CT on Aug. 24.