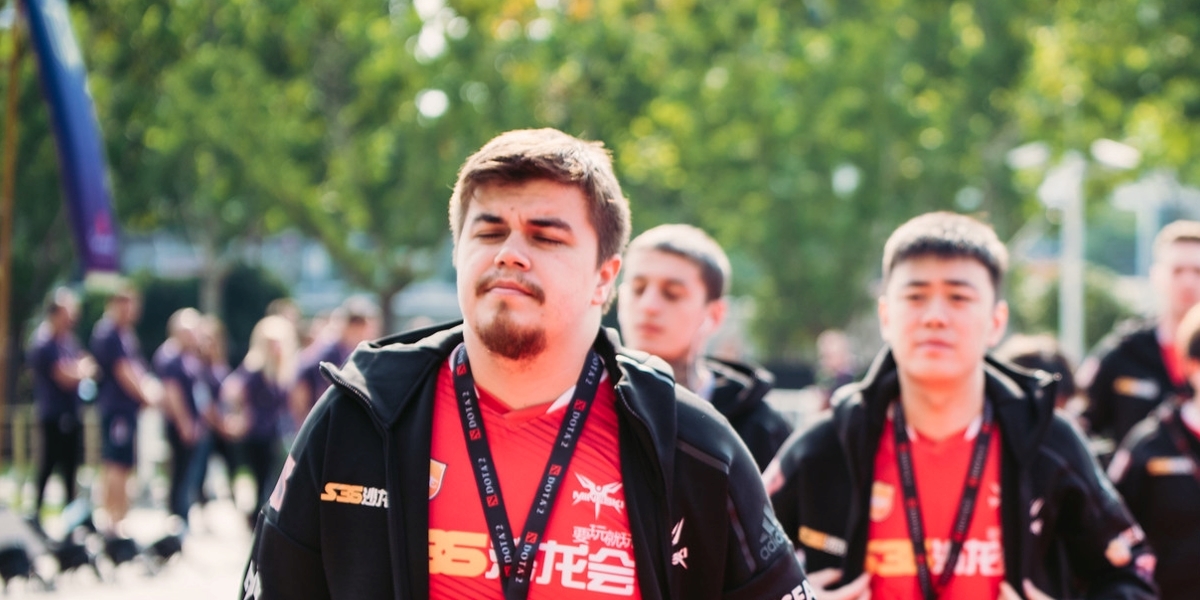 Support player Michael “ninjaboogie” Ross Jr. claimed today that he was kicked from Team SMG’s Dota 2 roster following a request to spend extended time away from the team during a boot camp while his mother was hospitalized.

The Southeast Asian team was set to begin a boot camp today, according to ninjaboogie, for the upcoming Summer Tour of the 2022 Dota Pro Circuit, where the team is slated to compete in Division I for a spot at the Arlington Major in August. But ninjaboogie said his mother suffered a sudden stroke on the evening of May 12 and was admitted to the hospital.

Following this, ninjaboogie said he called his team and asked if he could have his flight moved back through the weekend since his mother was either going to be discharged from the hospital or “pass away due to complications” due to her already battling an undisclosed form of stage four cancer prior to the incident.

Instead of complying with his request, ninjaboogie’s teammate Yeik “MidOne” Nai Zheng called him on May 14 and asked for his decision on flying back, which he gave the next day.

In his message to the team, as posted to Twitter, ninjaboogie outlined his request in detail, including the fact that his family already signed a do-not-resuscitate (DNR) order for his mother and his determination to continue playing with the team regardless of the outcome. His aunt, who he says was staying with his mother and giving him updates, even told him he should go to the boot camp, but he reaffirmed that he couldn’t.

“I can’t leave her at a critical time like this,” ninjaboogie said. “I would see myself as a failure as a son. I just need to settle a few more things before her hopeful discharge and I will be good to join you all in the bootcamp. I hope my decision is to your liking.”

Despite his message and clear willingness to report to the boot camp with a slightly later flight, the team held a meeting without ninjaboogie and informed him that they would be moving into the next season without him.

SMG posted a thank you to ninjaboogie announcing his departure earlier today, pointing out his “enthusiasm, hard work, and dedication.” But the organization made no mention of the reasoning, leading to ninjaboogie speaking out on his own social channels.

“Kicked because my mom was on her last days and they assumed it would affect my performance,” ninjaboogie said. “I already knew for some time that this day will come. Since she had stage four cancer. She passed away on Monday. Imagine being fired from a job because you are about to lose a loved one.”

Ninjaboogie also confirmed in another tweet that his father passed away near the beginning of the pandemic and his career earnings from competing in high-level Dota events since 2012 had been exhausted over the course of the last two years dealing with the fallout and global situation, meaning his role with SMG was his main method of taking care of his family.

Ninjaboogie rejoined SMG at the start of the 2022 DPC’s Spring Tour after previously leaving the team last March. This iteration of the team finished sixth in the region’s Division I regional league and was looking to improve on that placement in the final Tour of the season.

Update May 20 4:38pm CT: In a statement to Dot Esports, Ninjaboogie confirmed that he was given no prior warning before being removed from the roster.

“MidOne just asked for my decision and the night I gave it I was kicked. I even tried to argue about the decision and said if I took that flight on [May] 14th I wouldn’t have been kicked,” Ninjaboogie said. “What hurts is they even had the team meeting without me. If I could have heard their point of views maybe I would come up with the decision of stepping down myself.”

Ninjaboogie also says he was using his mother’s situation as motivation. He said he knew she would have wanted him “to get back on top in the scene” because she was proud of him and his accomplishments.

A lot of his time between visits to the hospital was spent grinding MMR in ranked Dota matches. A message sent to one of his closest friends on May 12 noted that he was going to ask SMG for an advance on some tournament winnings so he could cover his family’s expenses so he could keep grinding to stay in top form for the DPC season.

As he put it, despite the situation being harsh and painful, he wanted to use the motivation to get back on top.

“My mom would want nothing less for me,” Ninjaboogie said. “So I just gotta soldier on.”

Dot Esports has reached out to Team SMG for further comment.