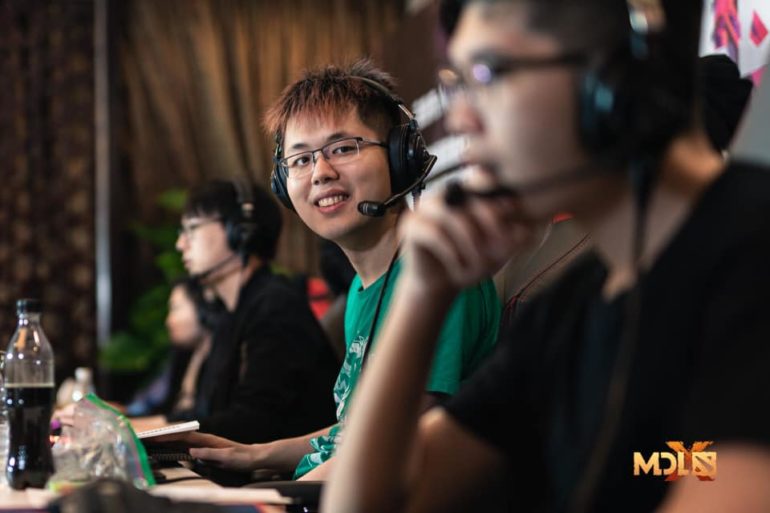 Nigma’s first series at a Dota Pro Circuit event ended in disaster for the star-studded team. The Kuro “KuroKy” Takhasomi-led team had a series of bizarre drafts that relied much too heavily on mechanical execution, eventually falling to Flying PandaS 2-1 in a disappointing showing today.

Game one saw Nigma go against conventional knowledge in their drafting stage, perhaps trying something out in the early stage of the tournament. Nigma went for a heavy splitpush lineup, including a last pick Amer “Miracle-” Al-Barkawi Arc Warden that demanded near-perfect execution from the team.

Surprisingly, Nigma went ahead in the early game even with their one-dimensional draft. Even more shockingly, they lost their advantage once FP’s Drow Ranger and Shadow Fiend kicked into gear. The ex-Liquid squad found it impossible to stop the rampaging aura squad from taking down their structures one by one, even with Arc Warden’s Magnetic Field.

Learning from their atypical game one, Nigma went with an almost opposing draft. This time, they picked up Ember Spirit for Miracle- and Templar Assassin for Omar “w33” Aliwi, two ultra-aggressive cores that could start fighting almost immediately.

With the 180-degree turn in strategy, Nigma quickly shot to an advantage. Miracle-, now given a hero that allowed him to play zealously, asserted his impact on the game from start to finish. FP’s similar draft was duly punished and they meekly conceded.

Once again feeling the itch for something unorthodox, Nigma picked up Clinkz for Miracle- in the final game of the series. Meanwhile, FP deviated slightly, placing Jonathan “Bryle” Santos De Guia on Storm Spirit and Jacky “EternaLEnVy” Mao on Phantom Lancer.

Nigma couldn’t find a foothold in the third game. Bryle’s Storm Spirit put on a virtuoso performance, creating just enough space for EternaLEnVy’s Phantom Lancer to become a force of nature in the game. On the flipside, Miracle-’s Clinkz was barely impactful, unable to find kills on FP’s elusive cores and having little participation in the final outcome of the game.

Nigma were simply too cute with their drafts in the first and third games of the series. While breaking convention isn’t necessarily a bad thing, as OG proved multiple times over their International 2019 championship run, Nigma’s core picks were niche, one-dimensional, and demanded immaculate executions.

Nigma underestimated their opponents’ prowess and tactical acuity. FP had clear plans going into their drafts, relying on the powerful ranged duo combo in Shadow Fiend and Drow Ranger for the first two games, following it up with a mid-game tempo controller Storm Spirit and late-game hard carry Phantom Lancer in the third game.

Regardless, praise has to be given to Bryle’s phenomenal performances in the first and third games as Shadow Fiend and Storm Spirit, respectively. Despite dying five times in the laning stage while playing Shadow Fiend, Bryle managed to stay comfortably on top of the net worth charts and eventually outmatched his opposing mid laner. Then, tasked with creating space as Storm in the third game, he managed to do so flawlessly, constantly having his eye on the prize and targeting backline supports.

It’s not all black holes when it comes to Nigma, however. The second game was a true bright spot for the team, where they easily stampeded over their opponents. It seems that Miracle-’s skills as one of the best decision-makers in the world should be reserved for heroes that are multifaceted and can rotate around the map, like Ember Spirit rather than Arc Warden and Clinkz.

Luckily for Nigma, this was just the first series in the group stage. But this is the last free loss they get for the current phase of the Minor. The GSL format of the bracket means that the defeat sends Nigma into an elimination matchup against the loser of Gambit Esports and FURIA Esports. Should they win, they’ll have to win yet another series to decide their seeding in the upper or lower bracket of the main event.

As the clear favorites coming into the tournament, Nigma will need to reflect on their day one loss and come back stronger tomorrow. Otherwise, they might find themselves unceremoniously dumped out into the snowy mountains of Bukovel.