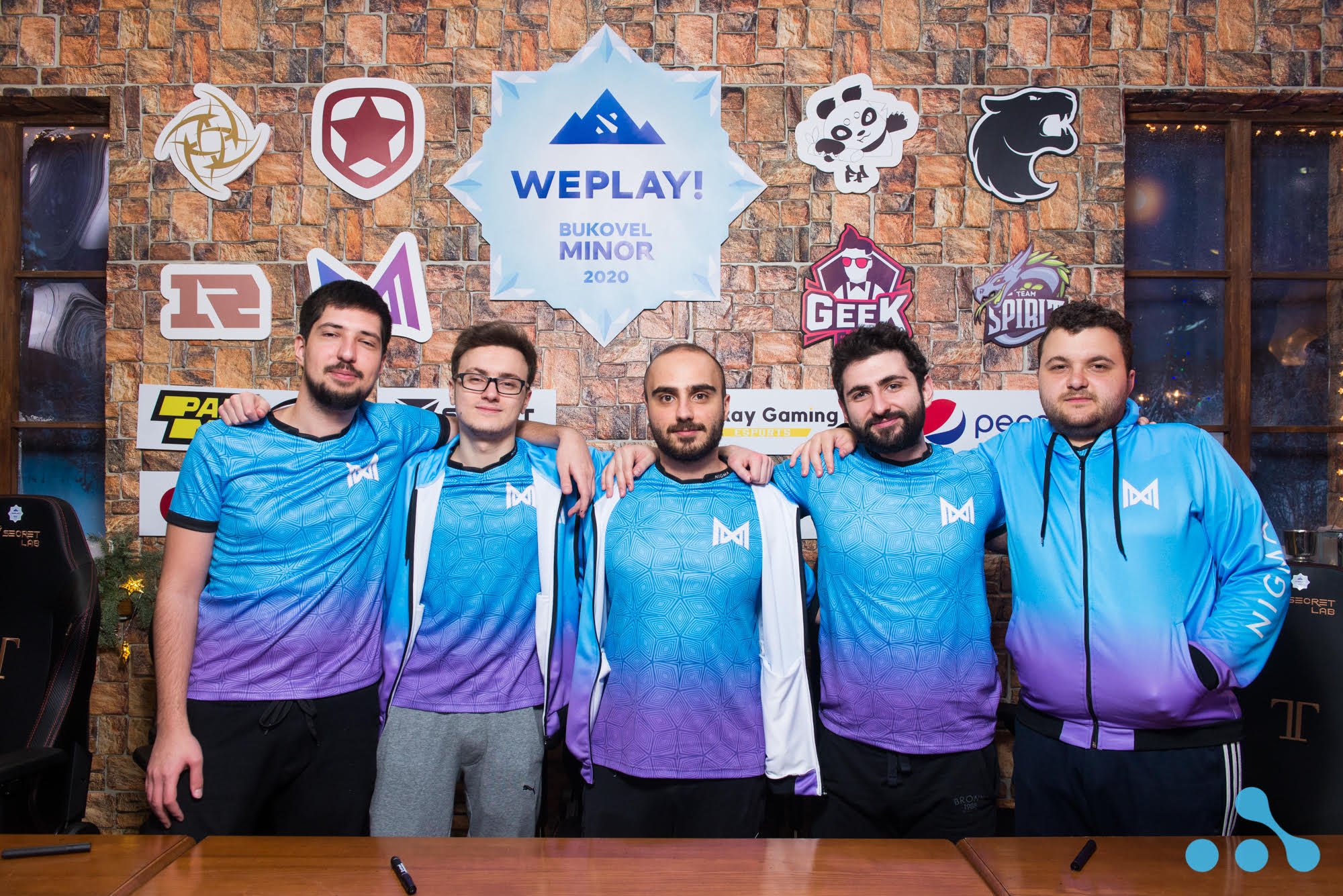 WePlay! just put on the most successful Dota Pro Circuit Minor in history. The tournament organizer is not slowing down when it comes to gathering some of the best teams in the world to compete in another high quality Dota 2 tournament.

Nigma steps up as the latest addition to the WePlay! Dota 2 Tug of War: Mad Moon team list that will compete for $300,000 as the Tug of War saga comes to an end after almost a full year of tournaments.

The WePlay! Bukovel Minor winners are going to come in as one of the heavy favorites alongside Team Secret, who are hot off a win at the DreamLeague Season 13 Major. There’s still one spot open for a direct-invite team, but the current roster is sure to put on a good show.

Infamous have had a bumpy start to the season, with only Mariano “Papita” Caneda and Enzo “Timado” Gianoli having any experience playing at a big tournament like this. They will be the heavy underdogs against Major staples like Secret and Nigma.

Na’Vi and RNG have had strong seasons, with the CIS squad making the last Major and RNG losing to Nigma at the WePlay! Minor. Both teams are going to use this tournament as a chance to test new strategies heading into the second half of the DPC season.

Likewise, NiP is going to be throwing its new roster into the fire against some top level competition after swapping out two more players and switching Saahil “Universe” Arora between roles. The former EG duo will have a lot of work to do in regards to further integrating Jason “TANNER” Weedon and adding both Nikita “Daxak” Kuzmin and Rodrigo “Lelis” Santos into the mix.

The final team will be announced in the coming weeks as all the teams begin to prepare for the final WePlay! Tug of War event on Feb. 19.