Nigma show off new jerseys before We Play! Bukovel Minor

We finally get to see these uniforms. 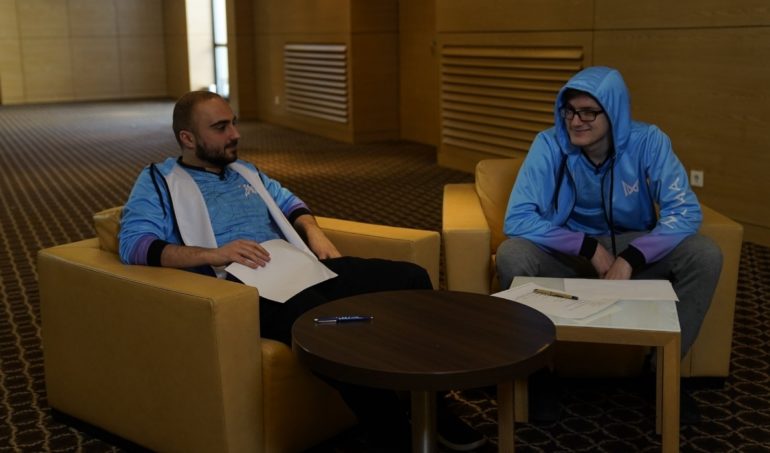 With every new season comes different jerseys for numerous teams, but it is a special occasion when a new organization gets to debut its uniforms.

That is exactly what happened this morning as Kuro “KuroKy” Takhasomi and his team, Nigma, showed off the first jersey design during media day for the We Play! Bukovel Dota 2 Minor.

This is the roster’s first LAN event since departing Team Liquid after The International 2019 and subsequently forming their own organization.

The design sticks very closely to the simple blue and purple color scheme of the team’s logo. Nigma’s whole brand is themed around space and the stars, which these uniforms match perfectly.

It also looks like the goal for these uniforms and the jackets was to keep things casual, keeping the vibe closer to that of casual streetwear rather than a professionally designed jersey. KuroKy may have wanted to keep things more focused on comfort and simplicity rather than trying to show out with some flashy outfits, which matches his approach toward Dota 2.

Opinions on the new look are very mixed, but the important thing is that we will get to see Kuro and the boys competing in the DPC again once the We Play! Bukovel Minor begins on Jan. 9.