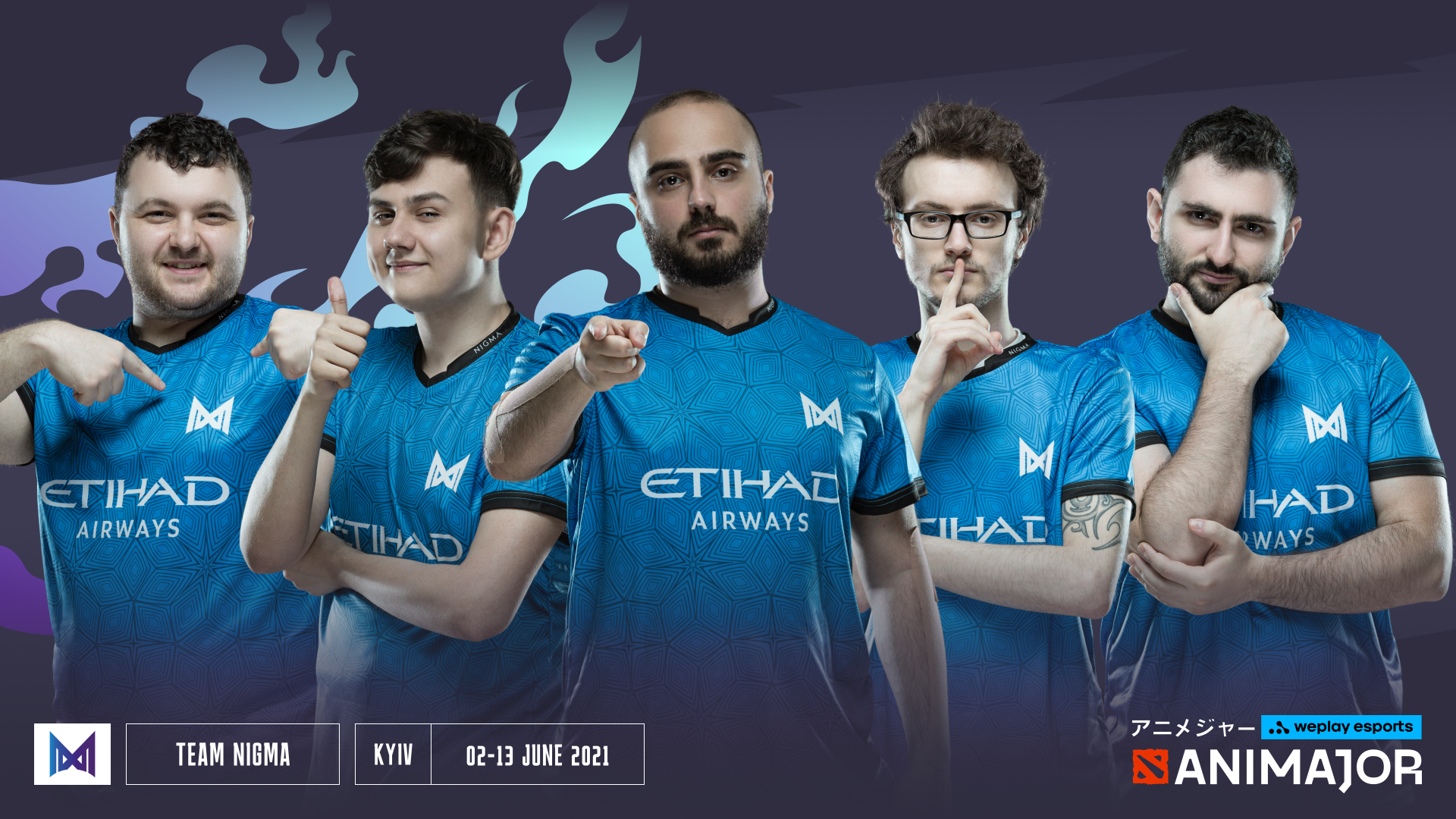 Nigma had a relatively quiet offseason outside of rebranding to Nigma Galaxy in a merger with Galaxy Racer and essentially picking up a second Dota 2 roster in the process. The core Nigma team that played together toward the end of the 2021 DPC will remain together for the upcoming season despite the team reportedly holding trials for potential replacements, according to an announcement from today.

That means KuroKy, MinD_ContRoL, Gh, and Miracle-, the core four players will try to improve upon their placements from last season, along with the newest member iLTW.

During the 2021 DPC, Nigma came just one game short of directly qualifying for The International 10 at the WePlay AniMajor. Following that, the team was eliminated from the TI10 EU qualifiers by OG, resulting in KuroKy missing his first International ever.

Since becoming Nigma Galaxy in September, the team has not competed in a single tournament, but that doesn’t mean the organization has stopped making improvements.

Nigma was actively exploring potential moves, according to Gabbi, a SEA veteran who recently joined Talon Esports. Kuro and company settled on keeping the squad, however. This was likely due to either a lack of interest in any of the trialed players or the fact that Nigma showed promise after replacing w33 with iLTW to start the second half of the DPC.

They went from finishing 16th at the ONE Esports Singapore Major to fifth at the AniMajor. That along shows the team was working, and just because they lost to OG at ESL One Summer 2021 and again in the TI qualifiers doesn’t mean that leap in results was a fluke.

Heading into the 2022 DPC, NGX will be one of few top-level teams in any region to retain its full roster from the previous year. Most teams—including top EU talent like Team Secret, Team Liquid, and Alliance—all made drastic changes. This theoretically gives Kuro and the boys an edge, at least in the early stages of the Winter Tour, which begins on Nov. 30.