The veterans are showing up at the Major. 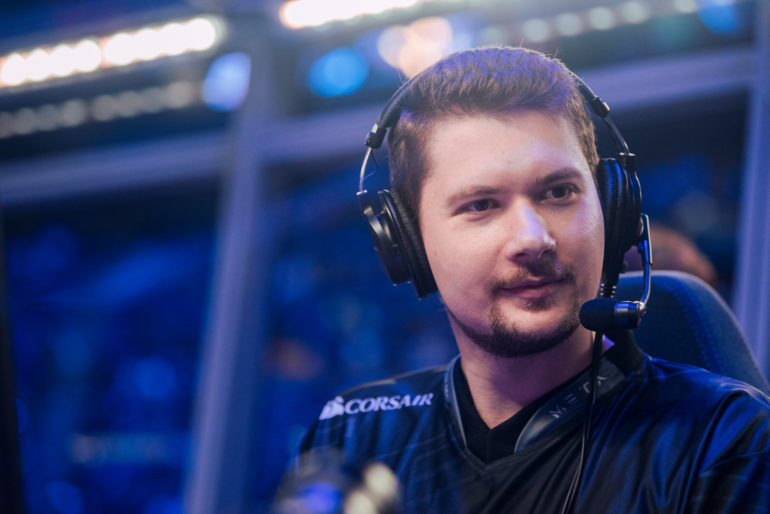 At the turn of every competitive Dota 2 season, there are a few players and teams you just expect to perform well when the spotlight is shining on them. For both Nigma and Team Secret, their veteran rosters proved that they were ready to join the fray.

After each team decided to skip out on the first Dota Pro Circuit Major to focus on reforming their rosters, DreamLeague Season 13 has already shown that Kuro “KuroKy” Takhasomi and Clement “Puppey” Ivanov haven’t lost a step.

Starting in Group A, Nigma were put up against the current top team in the DPC, TNC Predator, due to Kuro and crew coming in after winning the WePlay! Bukovel Minor. Initially, that might have looked like a series where TNC were favored, but after game one that narrative changed quickly.

TNC dominated teamfights during the opening match while relying heavily on Kim “Gabbi” Villafuerte and Armel Tabios potential, which paid off in the end in the form of a 36-14 advantage built mostly by the duo.

Amer “Miracle-” Al-Barkawi couldn’t find a way to get around Park “March” Tae-won’s Io, and Maroun “GH” Merhej had very little opportunity to do anything after TNC killed him 10 times and removed him from fights early. After an early scrap, TNC controlled the game for the entire match, going up 1-0.

But after that loss, Nigma put together a string of incredible victories thanks to some massive performances by Miracle-. They ended up reverse sweeping TNC, including a game three where Miracle- went untouched and they slaughtered their opponents 25-1 in a 23-minute close-out round to knock off one of the early favorites.

Nigma went on to play Fnatic in a series of long matches and high death counts. They were forced to play from behind early and only claimed the lead at the end of the game, which is something fans have grown accustomed to watching when it involves Kuro-led teams.

Fnatic led up until the 63-minute mark. But less than a minute after, Nigma erased a 26,000 gold lead and took control of the game despite still being down more than 10 kills. This was mostly thanks to Miracle-‘s Phantom Lancer being completely built up by his teammates prioritizing his survival early on.

After losing such a close match, Fnatic did battle back, but in game two they were the ones struggling to secure kills and could only watch as Miracle-‘s Slark started melting their supports in the late game. That win put them as the first team to make it into the upper bracket of the main event with a top seed.

Meanwhile, Secret were also facing a very strong team in the opening round; Vici Gaming clashed with the European squad and looked great doing so.

Secret were able to pull out game one thanks to Lasse “MATUMBAMAN” Urpalainen’s late comeback on Slark, but it was a close call due to how badly Ludwig “zai” Wåhlberg was beaten in the top lane by Zhang “Eurus” Chengjun’s Drow Ranger. Michał “Nisha” Jankowski carried Secret for most of the mid-game, dealing more than 70,000 damage with his Arc Warden to help Puppey and the others pick off a few heroes despite losing fights.

Vici came back and crushed Secret in game two, but the deciding game was another stomp as Nisha and Matu ran a dominant Slark and Dragon Knight combo that the Chinese team was not ready for. Combined with Zai coming alive on Mars, there wasn’t much Vici could do to stop Secret from moving on.

After beating Vici, Secret barely even sweat at all during the series against beastcoast. The EU squad won every lane and only Puppey and zai died during their 32-2 memeing route that was over in about 20 minutes flat.

Steven “StingeR” Vargas was able to adjust slightly and get his team moving earlier in the second game, but it wasn’t enough to stop Matu’s Porphling in combination with Yazied “YapzOr” Jaradat’s Rubick. The series was over in less than an hour and saw Secret pushing into the upper bracket as the top seed from Group B.

When the main event begins, Nigma will kick things off playing against Evil Geniuses, while Secret will be taking on Fnatic. Nigma’s match will be the first of the upper bracket, which will begin on Jan. 21 at 3:30am CT.