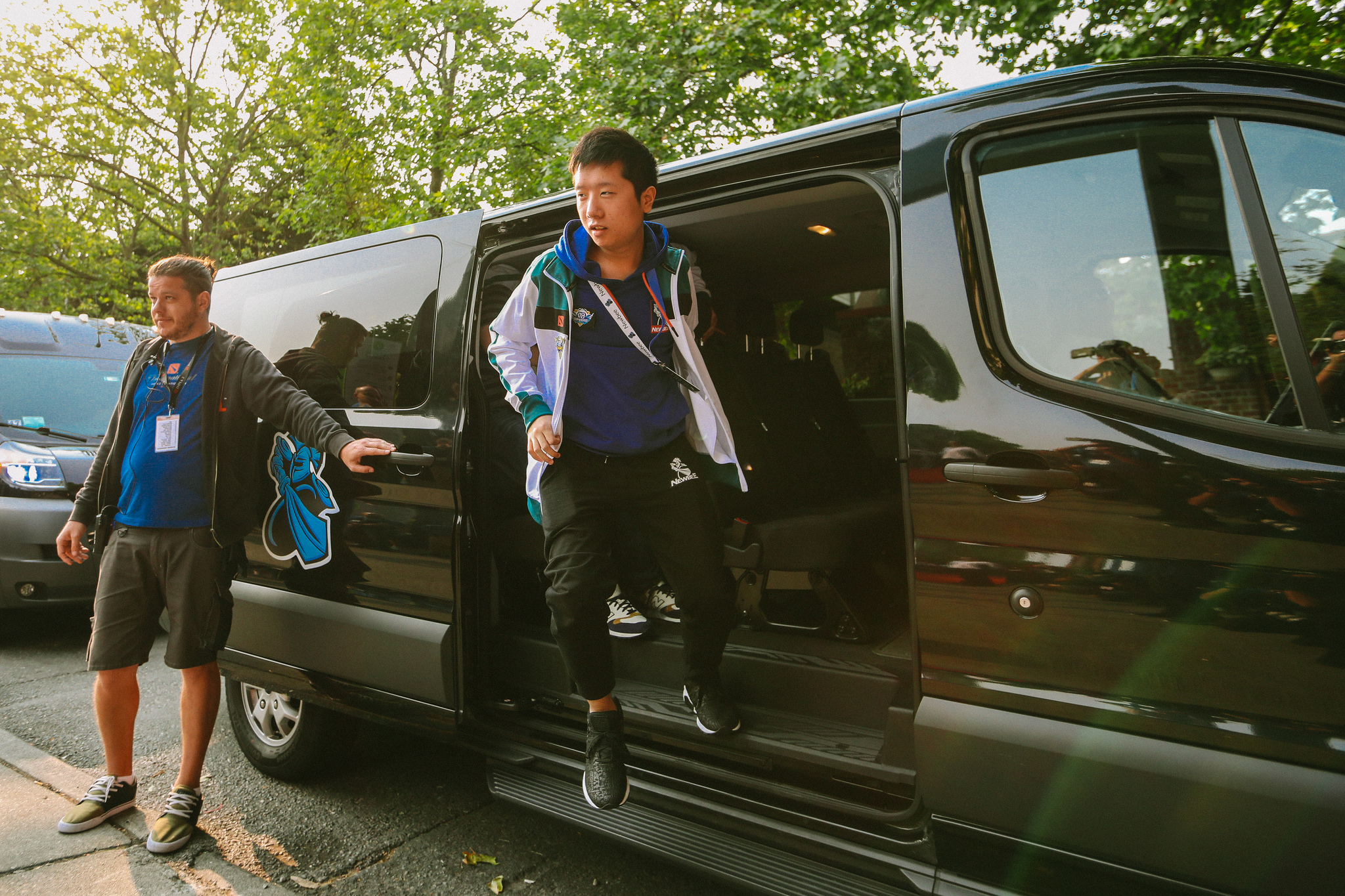 Two Chinese teams have moved on to the upper bracket semifinals of the largest Dota 2 event in history.

The opening game of the series saw Evil Geniuses strike first, as an invade into the Radiant jungle allowed Saahil “UNiVeRsE” Arora to pick off Newbee offlaner Damien “kpii” Chok’s Abaddon to secure first blood. A quick rotation from Artour “Arteezy” Babaev’s Timbersaw in the bottom lane following the first blood would continue making kpii’s early game incredibly difficult. Evil Geniuses proceeded to kill the Newbee offlaner an additional two times—setting him back for a majority of the early game.

Following up on the early rotations by Evil Geniuses, UNiVeRsE and support player Ludwig “zai” Wåhlberg set up additional cross-map plays as Newbee were unable to respond to the superior early-game movements. Newbee’s eventual response, however, came in the shape of repeated ganks in the midlane from Evil Geniuses midlaner Syed “SumaiL” Hassan’s Mirana. This provided Newbee’s own midlaner Song “Sccc” Chun’s Outworld Devourer with the time to grow into a massive threat as the game went on.

Despite retaining a solid lead against the Chinese side for roughly 20 minutes, an ill-advised push down Newbee’s midlane saw Evil Geniuses get punished, as the North American team gave away five deaths within the span of five minutes. As a result, the cores on Newbee were able to catch up to their Evil Geniuses counterparts—and in the case of Sccc, even rise to the top of the networth chart.

From there on, Newbee were able to exert pressure on Evil Geniuses at their own leisure, as Sccc’s Outworld Devourer dished out incredible amounts of magic damage on the BKB-less North American team. With nothing to stop the Newbee onlsaught, the game reached its conclusion in 37 minutes—securing Newbee the first game of the series.

The following game of the series got off to a similar start, with both sides trading kills very early on. In contrast to the opening game, however, Newbee had an incredible start to the laning-phase and looked certain to enter the midgame in a favorable position. The draft of Evil Geniuses, which centered around teamfighting with picks like Enigma, Sand King, and Disruptor, paid dividends after Newbee attempted to sneak a Roshan kill. A spot-on engagement allowed Evil Geniuses to drop every single ultimate on Newbee inside the Roshan pit, and secured the North American team their first proper gold lead of the game.

Gaining an incredible amount of momentum, Evil Geniuses’ lead steadily increased for nearly 15 minutes straight—setting the North American favorites up for what looked like a guaranteed third game of the series. At 37 minutes into the game, however, yet another overextension by Evil Geniuses gave Newbee the opportunity to strike back. As fortune would have it, that allowed Newbee to snag a kill on Roshan. Newbee then waged an all-out assault on the Evil Geniuses base, and were able to destroy their opponent’s middle barracks, as well as the ranged bottom barracks. Once again, the game had turned on a dime in favor of the Chinese squad who were a few steps away from victory.

An ambitious attempt by Newbee to end the game saw both sides exchange multiple buybacks in a prolonged engagement, which ultimately didn’t yield much for Newbee. As a result, Evil Geniuses went for a last-ditch effort to end the game, and stormed the Dire side’s base. Despite getting the jump on kpii, who had used his buyback in the previous engagement, Newbee support player Hu “Kaka” Liangzhi was able to save the Bristleback with only a sliver of health remaining—which led to Evil Geniuses’ teamfight set-up dissolving.

With Newbee thwarting the attempt by Evil Geniuses, and scoring multiple kills in the process, Evil Geniuses conceded the second game of the series.