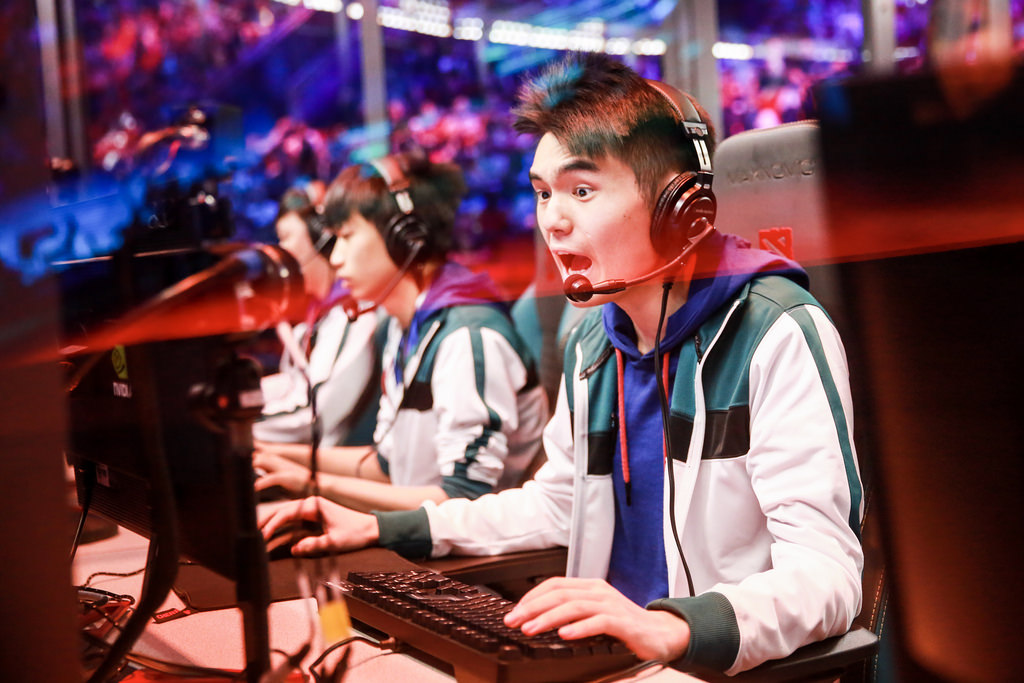 The advertisement in question takes the form of a humorous (and frankly, work-unsafe) promotional video, which was first aired at the PGL Bucharest Major last March. It involves all five members of the Newbee Dota 2 squad taking turns spraying themselves with the product. While doing so, the narrator fires off some “motivational” lines, incorporating the players’ in-game handles as puns.

In between each shot, the narrator can be heard whispering the product’s name, further adding to the hilarity of it all.

The name is a direct reference to a meme about Sccc himself, who is known in the Dota 2 community for his youthful looks and chiseled jaw. His upbeat personality and eagerness to share his thoughts in interviews has won him more than a few fans outside of the Chinese scene, and he is arguably the most popular Chinese pro player amongst the western audience.

His supposedly-unpronounceable handle gave birth to the phonetic reading “scuh”, which fans and tournament organizers alike immediately ran with as a joke.

Sccc’s meteoric rise to stardom through the cutthroat Chinese scene as part of Newbee helped propel his image as the region’s new golden boy, which culminated in a very impressive yet ultimately heartbreaking second place finish at The International 7.

His somber visage after his team’s 0-3 loss became the highlight of the trailer for the TI7 edition of True Sight, a Dota 2-focused documentary series produced by developer and publisher Valve.

The new perfume will be on sale at MDL Changsha, the Pro Circuit Major scheduled to run from May 14 to 20 in China, according to the announcement. Scccuh will be priced at 119 Chinese renminbi (approx. $20 USD). The fragrance will also be available for purchase through Newbee’s official merchandise store on Taobao, the largest online shopping website in China.