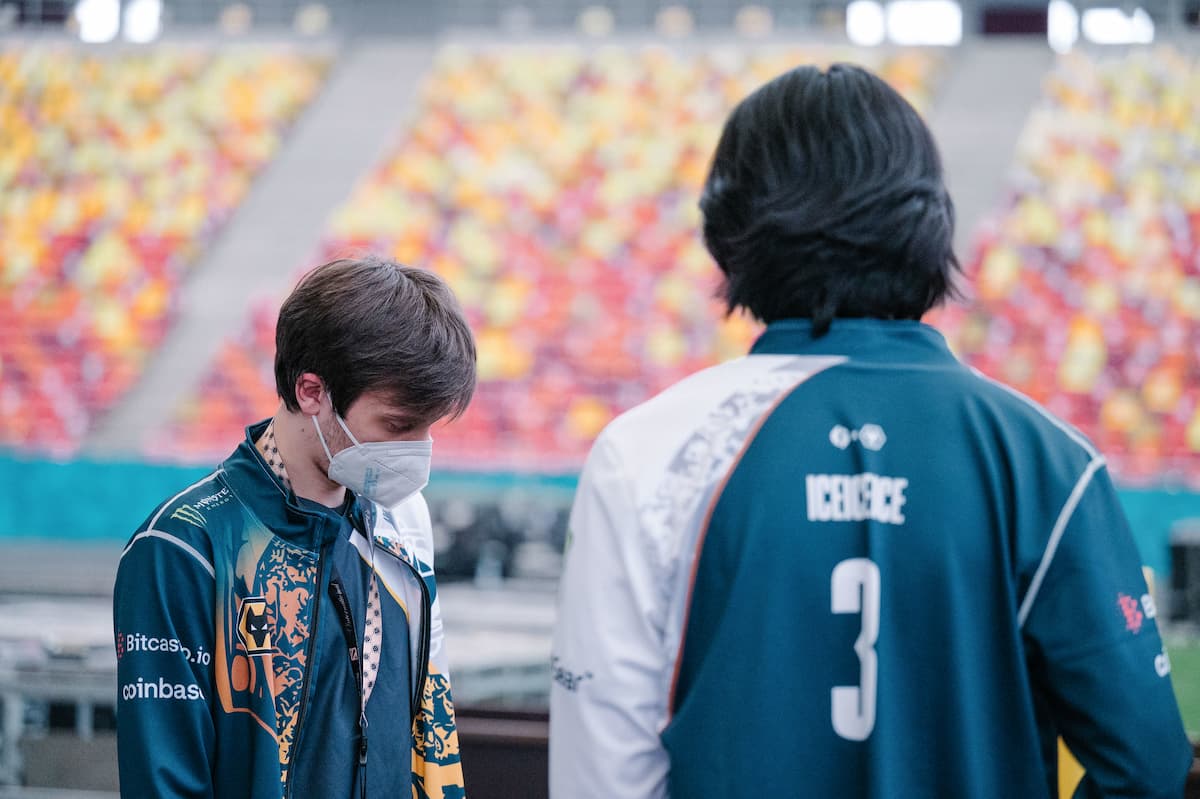 Evil Geniuses were one of the top teams throughout the entire 2021 Dota Pro Circuit season, finishing second at both Majors and racking up the most DPC points ahead of The International 10. But none of that mattered to Vici Gaming today, who eliminated the final North American team in epic fashion to make it into the top eight.

This was arguably the closest series that we’ve seen in the lower bracket at TI10 yet, with EG taking the first game in just 22 minutes. Many expected VG to potentially compound their mistakes from that opening game and look a little rattled, but the exact opposite happened.

Instead of appearing bothered by getting crushed by EG as a collective unit, Vici shook it off and proceeded to scale back and play a more composed, well-paced game two. That included providing old eLeVeN’s Magnus with plenty of room to work with and comboing off with poyoyo’s Monkey King and Ori’s Queen of Pain.

EG had multiple leads in the early and mid game, but VG continued to apply pressure, never letting EG gain ground and making them use all of their resources for even the most simple of pushes. That led to multiple, high-powered teamfights and, most importantly, key pickoffs that shaped the late game in VG’s favor.

VG doubled down on that approach in game three, playing slowly and not panicking when EG took an early lead. Instead, they focused on smartly whittling away at the creepwaves in EG’s lanes using Enchantress and Lycan’s abilities to add creeps to their own pushes.

Having such a strong lane presence even without a hero actively pushing forward allowed VG some space to work with and kept EG from fully committing to pushes at optimal times. It didn’t matter that Arteezy was super farmed on his Troll Warlord or that Abed was playing his signature Storm Spirit. VG took control 24 minutes in and never looked back.

For EG, this top-12 finish at TI10 is the organization’s worst placement in the Fly era, having come in third at TI8 and fifth at TI9 after bringing their captain on. This is also only the third time that EG have attended TI and finished outside of the top six.

On the other side, VG have moved into the top eight and will play T1 in the next round with a chance of making it into the top six and ending another region’s run at TI10. They’re also the third Chinese team to make it this far in the tournament alongside PSG.LGD and Invictus Gaming, showing just how dominant the region is.