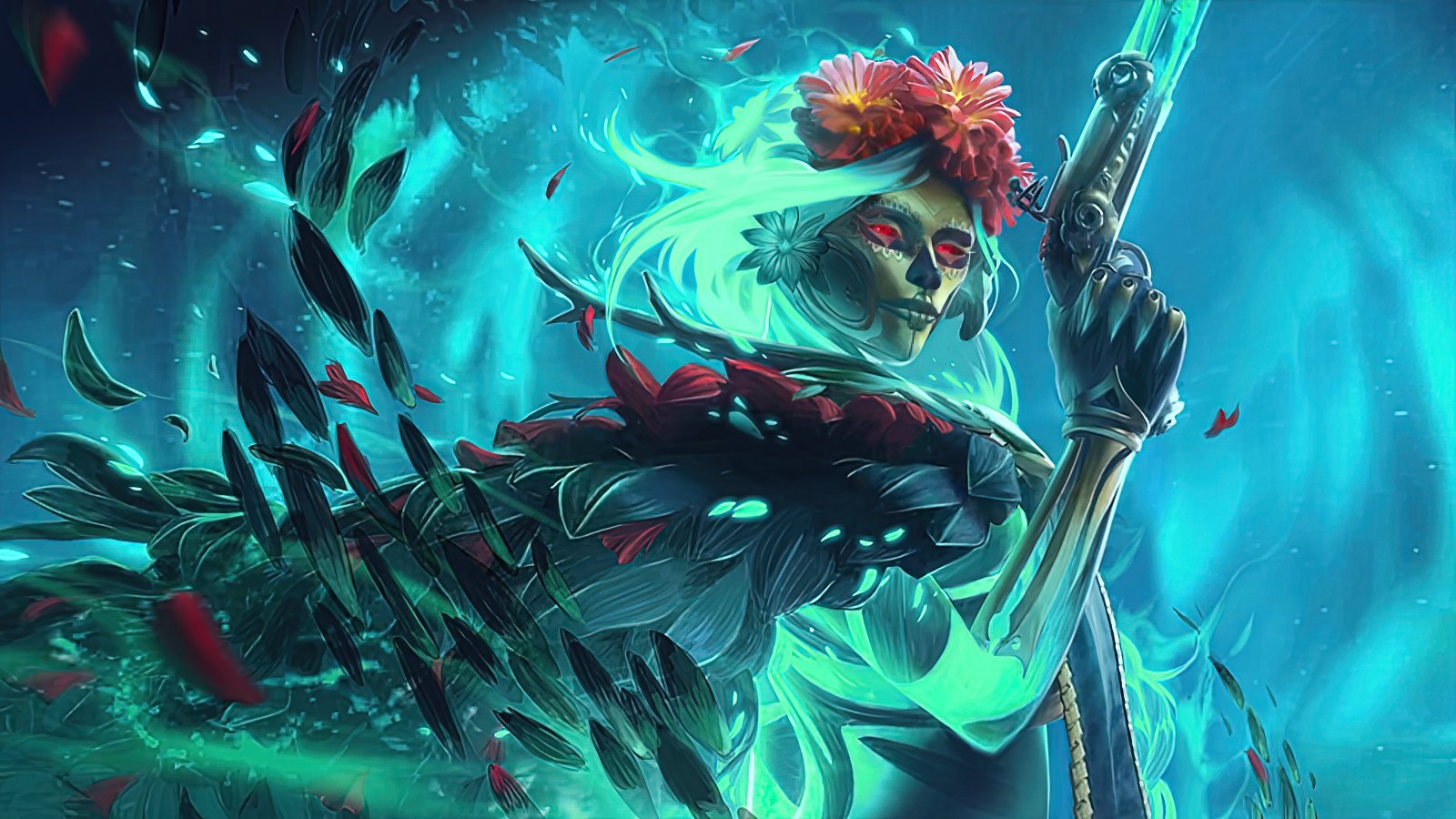 As most fans expected, Valve revealed Dota 2’s next hero ahead of the grand finals at The International 2022—though the timing for said reveal could have used a little more work.

Muerta, a ghostly gunslinger with ties to the mortal and spiritual realm, will join the roster in early 2023. And, while we got to see her sick design and the arena in Singapore lit up with matching colors, that was all the information we were given.

“An enduring revenant reveals herself with promises of a ruinous reckoning to follow,” Valve said. “Pierce the veil between the living and the damned as a new hero—Muerta—arrives to haunt the lanes in early 2023.”

The reveal didn’t even feel timed well, with it SirActionSlacks just tossed the broadcast over from a messy ending for the All-Star Showmatch to the short trailer before the casters quickly pivoted back to talking about the upcoming match between Tundra Esports and Team Secret.

Despite those drawbacks, fans are already getting excited about what this new hero will bring to the table and perhaps what her clearly Día de Muertos inspired design could imply about her toolkit.

The Mournful Revenant will be released in early 2023, perhaps to coincide with the end of the 2022 Battle Pass on Jan. 12 (however unlikely that timeline is).