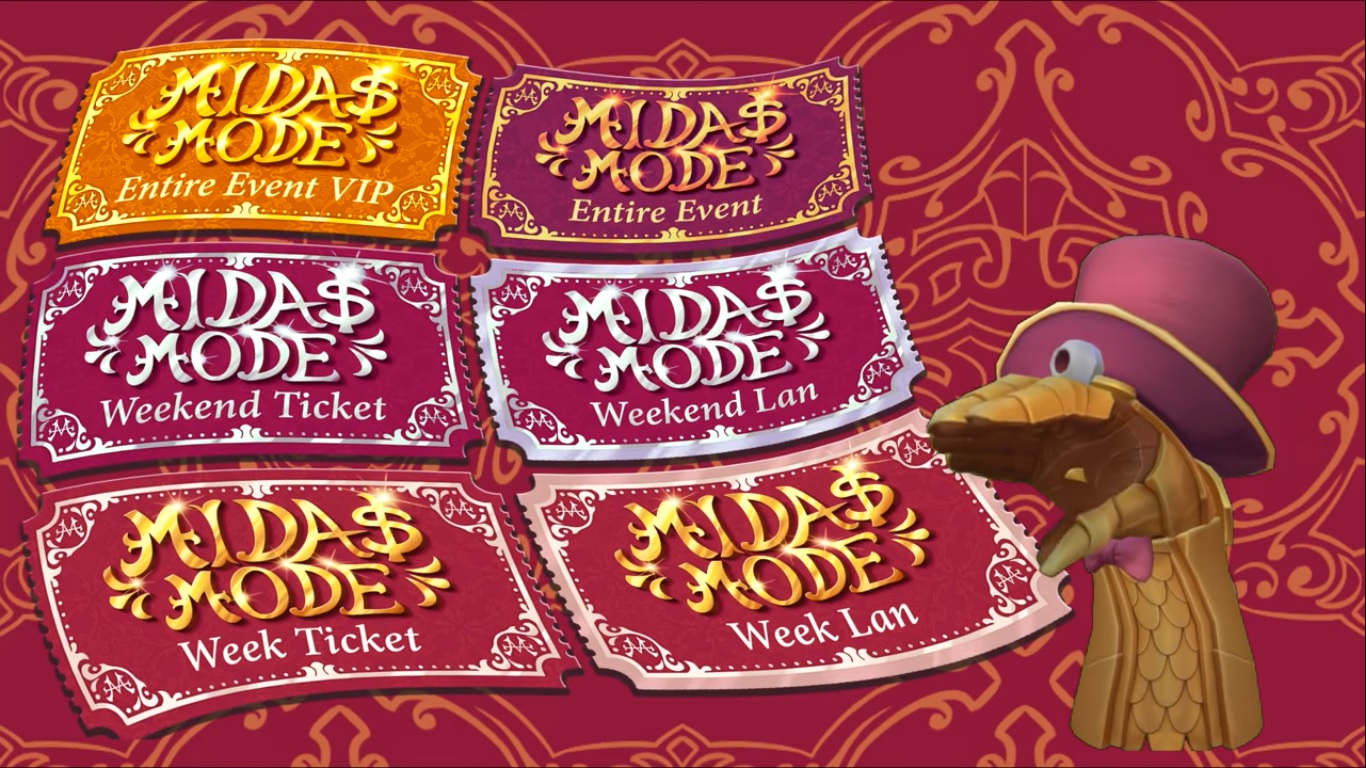 Dota 2 tournament Midas Mode 2.0 has even more wacky bounties on display on the fourth day of the competition.

In this game mode, bounties are a way for teams to earn Moonbucks, a virtual currency only usable in Midas Mode. Moonbucks are used to do practically anything, such as picking and banning heroes, pausing the game, or activating KEKW in chat.

Each team that completes a bounty will claim the reward immediately, no matter the result of the game. Victory or defeat comes with its own Moonbucks reward. Here are all of the bounties available on day four.

Dota 2‘s El Clásico between TI1 champions Natus Vincere and TI3 winners Alliance will be the first series of the day, determining who’s old and who’s gold. The competition will head to America for the next two series where Team Anvorgesa will take on J.Storm, followed by Fighting Pepegas battling beastcoast.