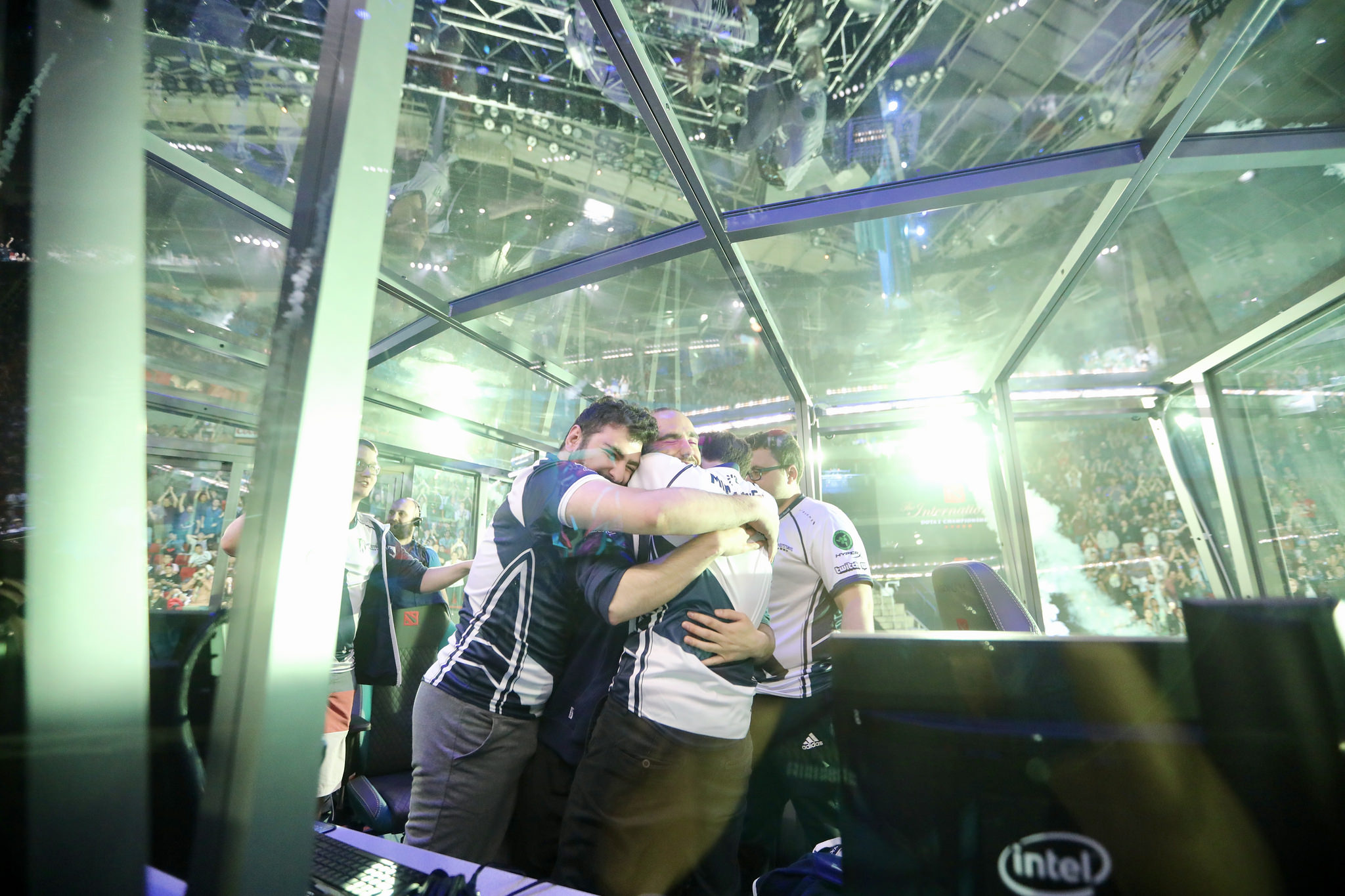 After the dust settled in the group stage, Natus Vincere and Team Liquid claimed the top seeds at the MegaFon Winter Clash.

Both groups were full of top-tier talent, but in Group A, the competition was fierce. Between Na’Vi, Team Secret, and Virtus Pro, there wasn’t an easy match to be seen.

It all started with a three-game series between Na’Vi and Secret. Early on, it seemed like Na’Vi were still stuck in the same slump that saw them miss out on qualifying for the upcoming Bucharest Minor. Game two saw them shake off a lot of rust and actually best Secret in 31 minutes, but that momentum didn’t carry into the deciding game as they fell 2-1.

Almost the exact same thing happened to Secret when they took on VP in the second series. VP opened up with a dominant performance in the longest game of event so far. After their first game, VP completely botched game two—Secret swept through their defenses in a sound 18-minute victory. It all came down to game three, where the Russian powerhouse gave Secret a good thrashing.

After taking the 2-1 win over Secret, VP went into their matchup with Na’Vi calm, cool, and collected—at least until their opponents hit them in the mouth by not just hanging with them, but beating them at their own game. The upset continued as a very similar result came out in a faster time. Na’Vi closed out the Group A matches with a 2-0 sweep that slotted them into the group’s No. 1 seed, giving them a direct trip to the winners finals.

Group B was a bit less open in their competition—Liquid dominated both LGD Gaming and Forward Gaming. Liquid had no trouble in their opening series against Forward, which they took 2-0 with only the first game lasting longer than 20 minutes. Their second series against LGD was a lot more closely contested—each game went into the 30-minute territory, but it wasn’t enough to stop their push.

Moving into the playoffs, Forward weren’t ready to go home without a single win. They came out firing against Secret, taking a 1-0 lead and then pushing their European opponent to the limit in game two.

Fifty-five minutes in, Secret finally closed out game two and tied the series up at 1-1. The final game of the series went Secret’s way from the early stages and saw them finish things up to send Forward packing.

With Secret secure for one more round, the last series of the opening playoff round kicked off between LGD and VP. The opening game could have gone either way, but LGD managed to pull away at the tail end of the 29-minute contest. Game two was a completely different story that saw LGD completely shut down VP, 22 kills to two. It was a quick wrap to the first round.

The last match of the day showcased the two winners facing off in what ended up being a showcase of how dominant Liquid can be when they get rolling. Na’Vi didn’t really stand a chance against Liquid’s blitzing playstyle. Things got out of hand quickly in game one and ended with Liquid holding a 19-kill advantage over their opponent.

Game two was over in what felt like seconds as the blitz Liquid had shown picked up steam even quicker than the last outing. Liquid finished their sweep in 19 minutes and look poised to finish out this event with an undefeated record.

Na’Vi will play the winner of Secret and LGD in the losers finals to see who will test Liquid in the grand finals.