One of the China’s best players is not in a great situation right now. 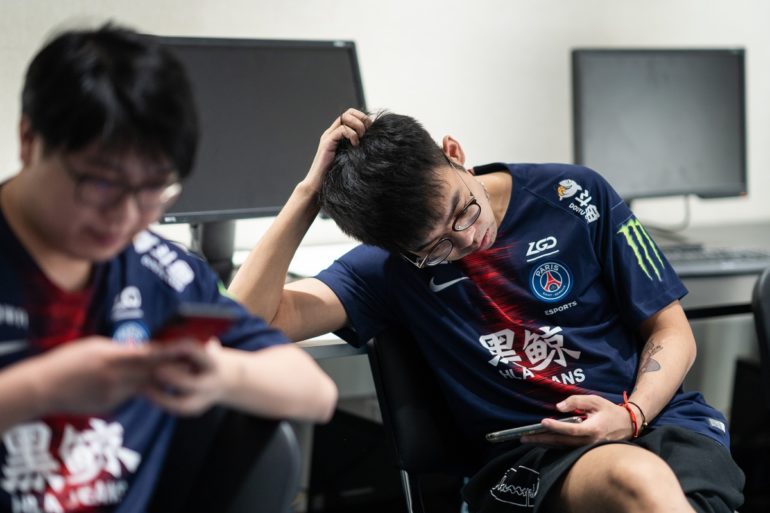 Yao “Maybe” Lu is one of the best Dota 2 players in the world, but he is facing discipline from his organization following inappropriate comments made toward one of his followers on Weibo.

Maybe has helped LGD Gaming compete at the highest level since he joined the team in 2015. Following their second-place finish at The International 2018, LGD was in a great spot for the next season, too.

Nothing was surprising about LGD being heavily in the mix for a top 12 spot for the 2018-19 Dota Pro Circuit, and they eventually finished sixth. But right before they head to TI9, the organization has had to divert focus away from the game and toward its star player’s social media impropriety.

In a conversation with one of his followers about different viability for All Pick mode, Maybe said Chinese players are limited in what heroes they can choose using the favored Random Draft.

Specifically, Maybe wanted to promote picking up more heroes and practicing them, which would make Chinese teams better. The follower brought up sarcastic points in response, and the top player went in on them.

The follower’s comment roughly translates to say a 20 hero rotation will become more common if teams focus on AP mode. They also made points about TI6 winners Wing Gaming and LGD, and asked if Maybe thought teams from China could win with each player having only five heroes in their pool.

Instead of answering the question with a rational response or breaking down the argument, Maybe fired back with some highly offensive remarks, as translated by a Reddit user.

“Your foreign daddy plays AP mode so that they can play 200 heroes,” Maybe said. “But we Chinese player can only play 20 heroes (if we play random draft). Is your mom a foreign horse or your daddy a white pig?”

Foreign horse and white pig are extremely offensive terms in China, and as expected, prompted nearly immediate action from LGD.

LGD posted a TwitLonger that said it has already punished Maybe in a significant manner.

“After this matter was brought to our attention, we immediately spoke with him about the seriousness of his behavior and he is now fully aware of his mistake,” the statement read. “On behalf of Yao “Maybe” Lu, we would like to extend our deepest apology to the Dota 2 community and everyone who is concerned about this matter. Moreover, we would like to sincerely apologize for the negligence exposed in our management.”

Maybe was fined 50,000 RMB, or the equivalent of about $7,274 USD, according to LGD. The organization is also going to increase the amount of time it spends educating its players on how to properly use social media and represent the brand.

“We know Yao “Maybe” Lu will take this as a lesson, act more cautiously and courteously, and establish himself as a positive example for the Dota 2 community,” the statement read. “In addition, we will also strengthen our management and enhance the education of our players on what it means and what it takes to be a professional athlete such that this type of act does not happen again in the future.”

Maybe released his own statement about the issue, in which he said he will accept any punishment LGD gives out and will strive to improve

“Earlier today I was involved in a quarrel with a follower on Weibo,” Maybe said in his post. “My emotion then got the best of me and I wrote something extremely inappropriate for a public figure and a professional athlete. My behavior has caused a severe negative impact, and I would like to sincerely apologize for what I have said: I am sorry.”

Situations like this are nothing new, considering Carlo “Kuku” Palad was banned from attending the Chongqing Major earlier this season after using a racist slur in chat during a pub game. He is still competing for TNC Predator and will be playing for them at TI9,.

Since this issue was on Weibo and not during a match, it is unlikely Valve will step in like they did with Kuku, so Maybe will probably be unaffected beyond the fine. LGD will be one of the top-seeded teams when The International 2019 begins on August 15.